He was convicted in Guernsey in 2001 on two counts of murder after claiming diminished responsibility. After the trial he was sent to serve his sentences in the UK, where the length of term was to be assessed.

At a High Court hearing yesterday, Mr Justice Mitting set Harvey's tariff - the minimum term he must serve behind bars - at 18 years.

But even after the tariff expires, Harvey will be released only if he can persuade the Parole Board that he poses no risk to the public.

The judge described how, in the early evening of 1 August, 2000, the forklift driver went to his parents' home, where he was staying, and consumed up to two teaspoons of the drug known as GHB.

The judge said Harvey's reasons for using the drugs were unclear, but it was believed he had done so in the hope of being admitted to the local mental hospital so he could sort out his problems and achieve reconciliation with his wife.

Instead, Harvey drove to his wife's home, where he stayed until the following morning.

The judge said Harvey claimed he could not remember what happened but realised the next day his ex-wife and daughter were dead.

'Although he could not account for what had been done, he conceded responsibility,' he said.

He added that Harvey called his mother and a police officer he knew and the bodies were found laid out on a bed, although it was believed the pair were killed elsewhere.

Harvey, who tried to kill himself the following morning, had used 'considerable force' to asphyxiate his wife. While this was not the case with his daughter, it was accepted the child was so young she would not have realised what was going on.

The judge said Harvey had expressed 'genuine remorse' for the killings and accepted responsibility for them.

He said the only other mitigating factor was that the murders were not necessarily premeditated, although he noted Harvey had deliberately taken GHB and had deliberately driven to the house.

The judge ruled that Harvey's killing of his ex-wife was 'deliberate and violent' and the crime was more serious because it involved the killing of a child.

He set Harvey's tariff at 18 years, meaning that even after time spent on remand is taken into account, he cannot apply for parole until 2019.

When, and if, freed, he will remain on perpetual 'life licence', subject to prison recall if he puts a foot wrong.

* Chief Minister Mike Torode, who was in charge of the Home Department at the time of the murders, this morning declined to comment. 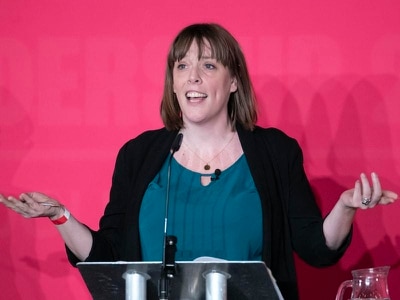