IT IS too early to blame Russia for the alleged poisoning of former spy Sergei Skripal, a former MI5 agent from Guernsey has advised.

Mr Skripal, a 66-year old Russian national, was found slumped over on a bench in Salisbury, Wiltshire, along with his daughter. They are both in a critical condition.

Having spoken on Newsnight, BBC Radio 5 Live, GMTV and to Russia Today among others on the topic, Ms Machon stressed the importance of not drawing conclusions about possible Russian involvement until further information is released.

‘The story broke a couple of days ago but when the name [of Mr Skripal] was given in police reports the story went big.

‘I’m not trying to debunk anything, we want to get to the truth and former agents should be protected,’ she said.

During her time in MI5, Ms Machon, the daughter of a former Guernsey Press editor, said she never feared for her own life and that on live missions she was the most protected person in the area.

However, illicit tactics are still used. ‘Every country gets up to dirty tricks, the Americans are doing it at the moment with drones,’ she said. ‘But before we know what substance was used we don’t know what could have happened, it’s like in the run up to the Iraq War when everything was blamed on Iraqis.

‘It’s very early to immediately apportion the blame to the Russians. Especially at a time when tensions are running high, it’s a little reckless of the media.

‘Suddenly it’s this huge story and it’s thought of as being very sexy, saying Russia is like waving a red rag to a bull. [Generally] it’s like something from a Monty Python sketch, “the Russians are coming”.

‘We should take diplomatic steps next but it’s important not to create false narratives from a geopolitical standpoint,’ she said.

Even the way in which Ms Machon’s interviews had been contextualised was ‘frustrating’, she said.

‘Last night I did two interviews within two hours about the spy story, one for Russia Today and one for BBC Newsnight. I said exactly the same things during both interviews, but for the first I may be called a useful idiot and for the second I am praised.’ 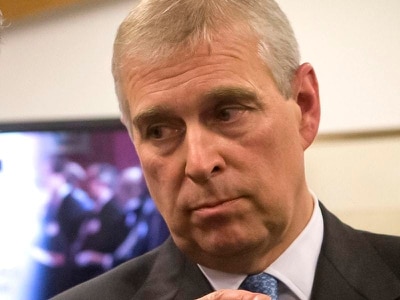