PLANS for a 35-bedroom boutique hotel on the site of the former Idlerocks Hotel site have been renewed, but project architect Andrew Ozanne has warned that the project is unlikely to move forward for years, if at all.

The burnt-out remains of the Idlerocks Hotel at Jerbourg. Permission has been given for another hotel on the site under the Island Development Plan, but with only 35 bedrooms allowed it is not viable and project architect Andrew Ozanne has warned that nothing will happen on the site for five years, if at all. (Picture by Steve Sarre, 21216581) 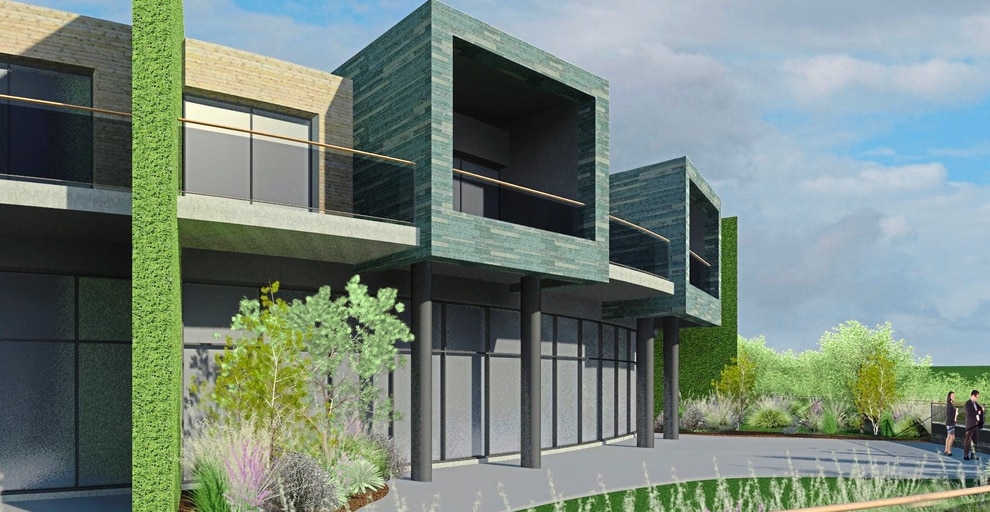 Lovell Ozanne supplied this computer-generated 3D impression of what a hotel on the Idlerocks site would look like if it were to be built.

The latest planning permission granted to Ramle Rocks Ltd would see an open market house, with three bedrooms, built on the lowest level, with a hotel above.

The original application was approved under the Rural Area Plan in 2014 after seven months’ consideration.

That permission has now lapsed and the new application has been approved under the RAP’s successor, the Island Development Plan.

Mr Ozanne, who has been working for the last 15 years to get the burnt-out site redeveloped on behalf of his clients, said he could not understand how getting the same application renewed had taken eight months.

‘It was the same drawings and plans, with no objections, yet it took eight months,’ he said. ‘I just think it beggars belief.’

A Planning Services spokesman said they had been delayed due to awaiting information from the architect about whether the project complied with the IDP.

There has been frustration that the project has not moved forward.

Mr Ozanne said it was a matter of economics. The original plans were for a 50-bedroom hotel.

‘We had some experts working on viability and we just got it to work with 50,’ he said.

‘Having 35 rooms is not enough. We had to remove a floor as the planners were worrying about the height.’

The Planning Services spokesman said the project was reduced in height in the 2014 application in order to deal with concerns and at that time the applicant provided information confirming the viability of the project.

But Mr Ozanne said other hotels such as the OGH and St Pierre Park were already catering for the high end market.

And while tourism figures showed a rise in visitors, he said this was largely down to cruise ship passengers, which meant there had not been a rise in hotel demand.

He still felt that the best use of the site would be for seven apartments, which would attract high net-worth individuals.

But to be allowed to change the use of the site away from tourism, it would have to be advertised for two years with agents both in the island and in the UK.

Planning confirmed that there was no scope under the current policy to allow the site to become residential.

‘The ruin of the former hotel is not capable of conversion to another use,’ the spokesman said.

‘The only available option for re-development is as a hotel.

‘This opportunity exists only until such time as the former hotel use is considered abandoned.’

Mr Ozanne said he doubted there would be any progress on the project within the next five years and that there were longer term concerns about what would be the best use of the site.

He added that he was sad that, as he was 64, he was unlikely now to see the project through to fruition.