By Aaron CarpenterNewsPublished: May 3, 2018Comments

BRITISH Overseas Territories who will now be required to produce public beneficial ownership registers have claimed the move is ‘prejudicial’ against them and affords the Crown Dependencies preferential treatment.

Territories such as the Cayman Islands and Gibraltar will be forced to comply with the UK Parliament directive by 2020 after the government’s money-laundering bill was amended unopposed.

An attempt by Labour to include Guernsey, Jersey and the Isle of Man in their amendment was dropped after ministers from each island went to London to explain the constitutional position.

Policy & Resources president Deputy Gavin St Pier said the decision to withdraw that part of the amendment had averted a constitutional crisis, with the UK unable to legislate on the matter without Guernsey’s consent.

‘It is not only a breach of trust but calls into question our very relationship with the UK and the constitutional rights of [our] people,’ he said. ‘We will ensure that this constitutional overreach does not set a precedent and that the rights of the people whom I represent are respected.’

Cayman Islands premier Alden McLaughlin said his government was considering a legal challenge to the decision, which he said amounted to ‘colonial despotism’.

Similar sentiments were put forward by Bermuda premier David Burt, who has sought reasons for the Crown Dependencies’ exclusion.

‘This attempt to legislate for Bermuda from London is a return to base colonialism and is an action that has no place in 2018,’ he said. ‘It is especially telling that the Crown Dependencies are not included in this amendment which is restricted to the Caribbean OTs [Overseas Territories] and Bermuda.’

Mr McLaughlin also believed this to be an injustice.

The news was welcomed by anti-corruption campaigners, who viewed it as a seminal moment.

Duncan Hames of Transparency International UK said: ‘These jurisdictions have long been the Achilles heel of our defences against dirty money.

‘Agreement on this represents a hugely significant moment in the fight against corruption, not just in the UK but around the world.’

‘Corrupt individuals everywhere will be deeply concerned that they are about to lose the secrecy afforded by the British Overseas Territories that has until now given them an easy route to launder their ill-gotten gains.’

Naomi Hirst, from anti-corruption campaigners Global Witness, said the government climbdown signalled ‘a huge win in the fight against the corruption, tax dodging and money-laundering’. 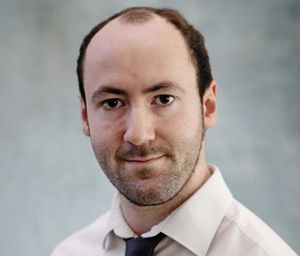 Second opinion due to possible vaccine link to woman’s death

Sleet and hail, but no snow in the forecast

Second opinion due to possible vaccine link to woman’s death

Sleet and hail, but no snow in the forecast

Podcast: New facilities give pool of talent chance to develop

Island ‘needs to shout about its fibre network’

Polygamous group leader had 20 wives, many of them under-age, FBI says