AN IDEA to reclaim land east of St Peter Port Harbour rather that south of Longue Hougue is gaining support.

Deputy Barry Paint, with Deputy Neil Inder, is lobbying for a three-phase project to be pursued.

He presented his plans to members of the Guernsey Boatowners’ Association.

President Nick Guillemette said there was a good turnout for the meeting, which also heard an update on a new marine traffic control system and discussed concerns about the coastguard provision at the Joint Emergency Services Control Centre.

‘He has come out with proposals which we are right behind which is to build an extension out from the existing harbour wall and build a whole new breakwater to the east of the existing one, where we could take much bigger ships.’

The three phases of the plan would begin with the replacement of the existing inert waste strategy to instead create an extension to the working areas of the harbour.

It would take four years from start to finish and provide for 230,000 cubic metres of infill, or around 330,000 tonnes of waste.

Phase two would be the creation of a 160-metre ro-ro jetty for passenger ships and cargo, freeing up number one berth, while the third phase would see the development of more working areas or space for other economic activities.

An environmental impact assessment of extending Longue Hougue South towards Belle Greve Bay is due to be carried out after States backing.

Members also heard from the Seafront Working Party about its proposals and the impact they could have on boatowners.

A representative of Guernsey Harbours told members about the new vessel traffic system which is due to be brought in locally.

This will act in a similar fashion to air traffic control, and will mean that all boats, private or commercial, over 20m in length, will come under its control when they are within a certain range of St Peter Port Harbour.

Mr Guillemette said that this control would also apply to the proposed seaplane service.

A hot topic among boatowners in recent years has been the coastguard provision by JESCC.

The Maritime and Coastguard Agency was charged with preparing a report on this which Mr Guillemette said the association was still waiting for.

As well as boatowners, the Fishermen’s Association and the RNLI were concerned about the limitations of JESCC’s coastguard operation. 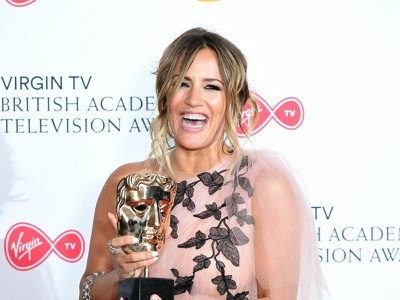