A LOCAL amateur astrophotographer’s image of the Rosette Nebula was selected as NASA’s Astronomy Picture of the Day last week. 12/04 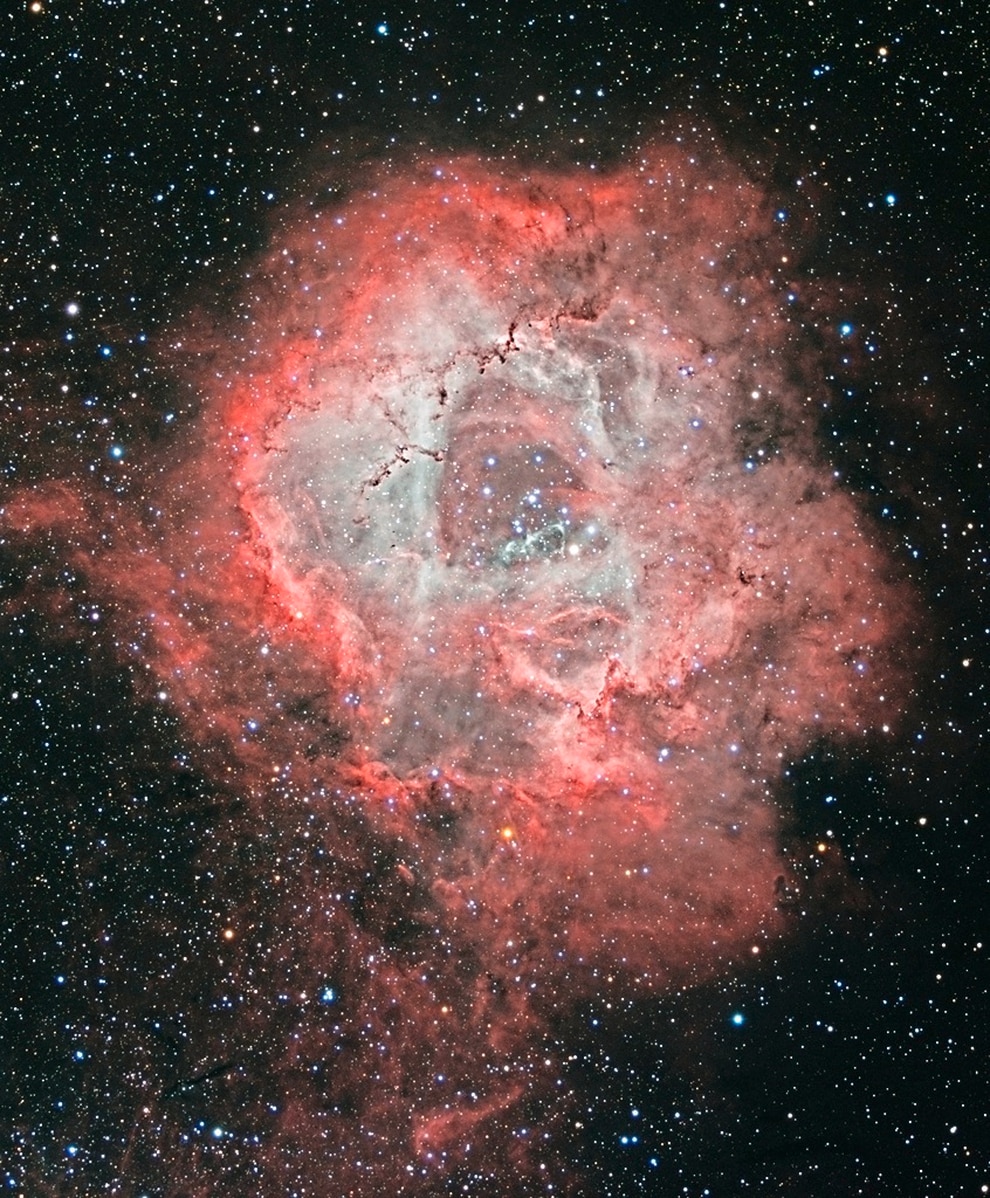 The picture ended up as NASA's picture of the day on their astronomy website. She has dedicated her photo to friend and fellow astrophotographer Trevor Mahy. (24426526) Local amateur astronomer Jean Dean’s image of the Rosette Nebula, which is 5,000 light years away, ended up as NASA’s Picture of The Day on their astronomy website. (Picture By Peter Frankland, 24426524)

‘My interest in astronomy came from when I was a child,’ she said.

‘We are very fortunate in Guernsey to have some really dark skies in certain areas, including the La Societe Observatory.’

The Bortle scale is used to measure the darkness of the sky where one represents the darkest skies.

On this scale the observatory is two.

The Astronomy Picture of the Day is supported by NASA and has showcased astrophotography images since 1995.

‘The image can be from any source such as a research observatory, the Hubble Space Telescope or an amateur astronomer.

‘It serves as a database for deep space images and is a tremendous educational tool for schools, universities and the general public,’ said Mrs Dean.

The Rosette Nebula is around 5,000 light years away in the Monoceros region of the Milky Way.

From Earth it spans a region equivalent to three full moons and is 590 trillion miles in diameter.

In the centre of the nebula are around 160 very hot, young stars with a surface temperature up to 25,000C which produces a hot stellar wind, pushing nebulous material outwards to create a hole in the centre.

‘People often think that the space between the stars is empty. In fact there are large, extremely dense clouds of material comprising gas such as hydrogen and interstellar dust.

‘These regions are called giant molecular clouds and are very important as they are the birthplace of new stars which leads to the creation of the solar systems with planets and moons and the possibility of life,’ said Mrs Dean.

‘I encourage anyone to come up here and have a look, we’re trying to encourage people to look up at the skies more,’ she said.

La Societe’s Astronomy section runs many courses and holds events for schools and other organisations on demand.

During the summer holidays there are also public open evenings every Thursday.

On the course when Mrs Dean’s image was taken, participants looked at deep space nebulae in the night sky with an astrophotography camera extremely sensitive in low light conditions.

Mrs Dean said she was notified by email a few hours before the picture went live and had not expected her photo to be selected having been nagged by friend and fellow astronomy enthusiast Trevor Mahy to submit the photograph.

‘As an amateur, to have an image picked for an APOD is a great honour and it was a marvellous surprise.

‘I would like to dedicate my Rosette Nebula image to Trevor Mahy a friend and fellow astrophotographer who recently passed away.’

Sark acts as guarantor for loan for new ferry