A CHILDREN’S book highlighting the issue of plastic pollution was the main product of the winners of this year’s Young Enterprise competition.

The company, Yep, comprised students from Elizabeth and Ladies’ College, and the book, The Adventures of Fin, told the story of a dolphin’s efforts to deal with plastic in the seas around Guernsey and also of his friends,Vazon the gull and Rocquaine the turtle

Illustrated by Jack Cummins – who dressed up in a dolphin suit for the finals – and written by Ella James, 200 copies were produced and, as of the night of the finals, 182 had been sold.

Ella said she was inspired to write the story after seeing all the plastic in the ocean while on holiday in Dubai.

‘It’s definitely not been an easy journey,’ she said.

‘We did what we wanted to do, which was not just about making the most money but about getting the message out there.

‘It’s definitely given us a taste of what it would be like to run a business.’

Winning the local contest means the team will now be going to the regional finals in June, so their job is not done yet.

South-east regional manager Bracey Parish presented the prize to Yep: ‘I never cease to be amazed by the entries,’ he said.

A major emphasis of the YE competition this year was on sustainability, and Yep’s entry also saw them win a special prize for their efforts in that area alone.

The two other finalists, Moxii and Aspyr, produced a website promoting Guernsey (www.theguernseyguide.info) and a Guernsey cook book, A Bailiwick of Flavours, respectively. 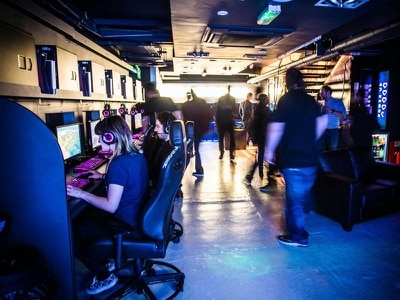