PROTESTORS were handing out books on climate change to deputies as they entered the States yesterday. 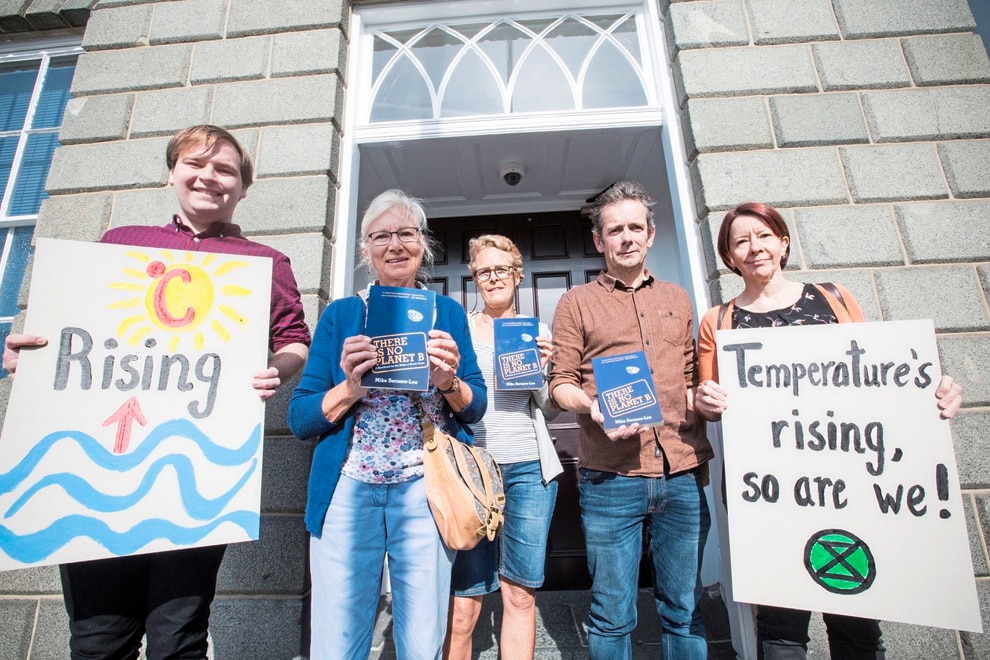 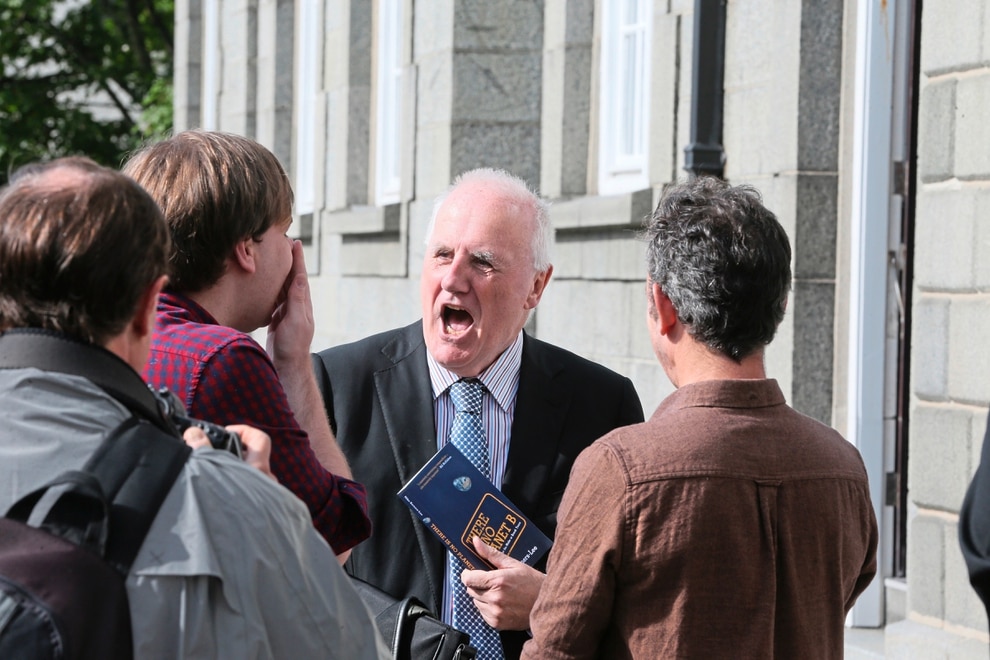 Deputy Peter Ferbrache shares a joke with some of the Extinction Rebellion group.(24728236) 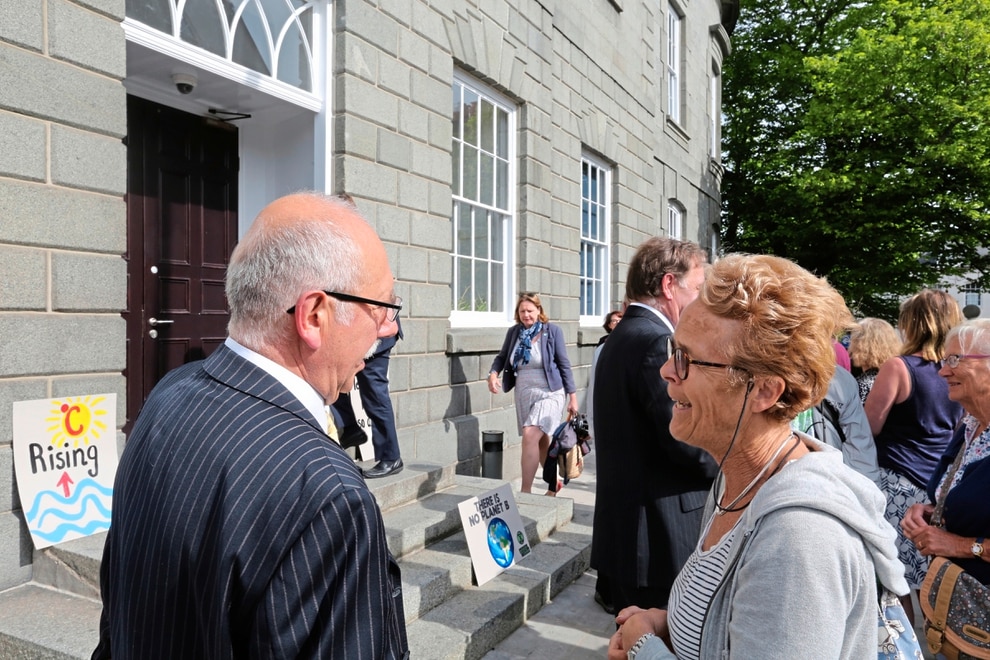 Members of the Extinction Rebellion Guernsey group wanted to engage in friendly conversations with their deputies about the importance and relevance of climate change.

‘The timing is good now because the discussion on [the Policy and Resource] plan for next year has begun.

‘To really make a difference, every law and legislation needs to have been considered with climate change alongside it.’

The book which politicians were being handed was called There Is No Planet B: A Handbook for the Make or Break Years, by Mike Berners-Lee.

The author raises common questions and concerns thought by those hoping to do more for the planet and explains how through number crunching and planning there is a feasible and practical course of action.

‘Being informed with this sort of information is really important – deputies need to see every policy through the lines of climate change,’ Mrs Smilie said.

One protestor engaging in conversations with the deputies and handing out copies of the book was Anne Sandwith.

‘I’ve been campaigning about the environment for about 30 years now. I was one of the founding members of Friends of the Earth Guernsey,’ she said.

‘Certain things have seen progress in the island, like the waste strategy, and there are encouraging signs, but a lot is fine words and not enough actions.’

Mrs Sandwith said there were quite simple changes the island as a whole could make, such as a proper energy policy, which would not only help people insulate their houses but save money and energy,

‘We need to phase out fossil fuels – we have been told for years by respected figures that there is an emergency and the time to act is now.

‘You have to first acknowledge the issue, but it’s really about action and actually doing something about it,’ she said.

Every deputy at yesterday’s meeting was given their own copy of the book and engaged in conversation with some of the Extinction Rebellion supporters.

Deputy Barry Brehaut, the Environment & Infrastructure president, said it was important to talk in terms of a climate crisis and keep the conversation alive.

‘We have a responsibility to act now and the government must pave the way to help the community deliver,’ he said.

‘This is a subject right at the top of our political agenda and that is crucial,’ he said.

Embarrassing debate to be avoided