Another day of frustration for air passengers

FLIGHTS were subject to severe delays for a second day yesterday, but when the weather improved the airlines did their best to catch up. 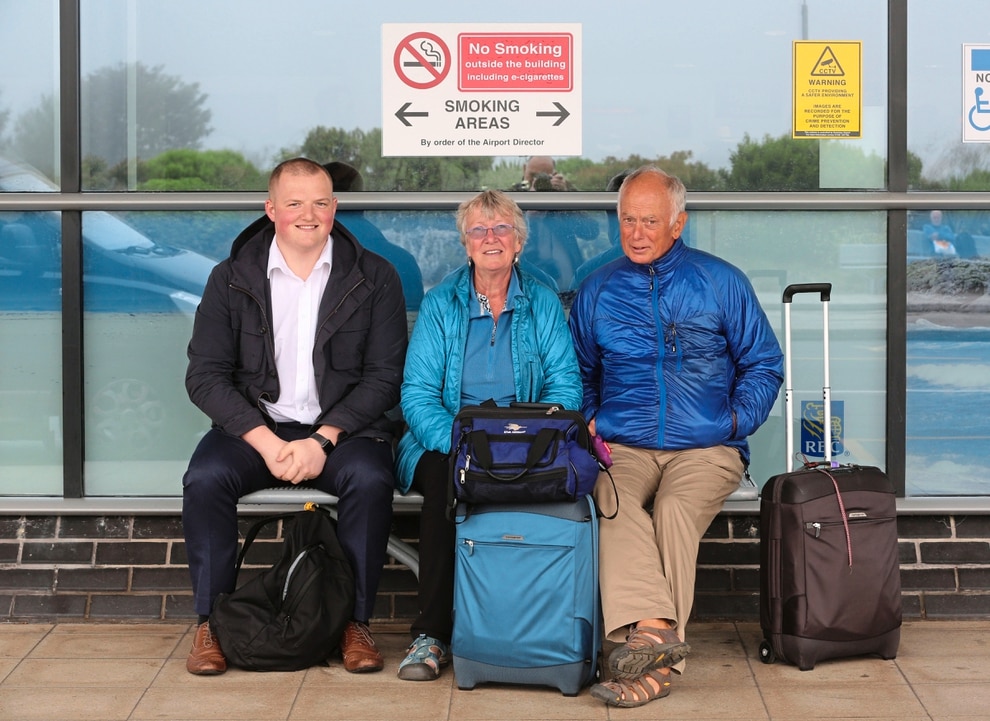 Waiting patiently outside after their flights were cancelled are, left to right, Adam Lamoury, Helen and John Hardy. (Pictures by Adrian Miller, 24797462) 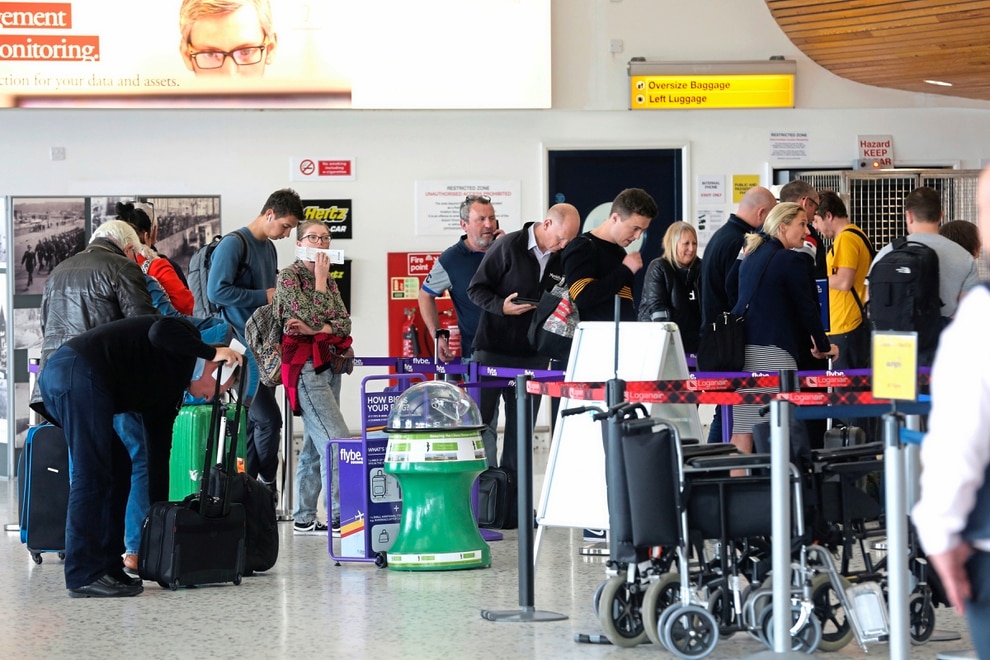 A second day of fog disruption saw passengers having to queue to re-book a flight, which in some cases might not be until Saturday.( 24797466)

The problem started on Wednesday morning when visibility was down to 150m and did not clear enough for flying conditions until 11.30am yesterday.

Aurigny’s planes were ‘out of position’ from the fog on Wednesday which had a knock-on effect yesterday.

‘It has been an unusual fog event where all our aircraft were off-island this morning as they were unable to return due to the fog last night, therefore, it was a waiting game to see when the weather would improve,’ an Aurigny spokesman said.

Disrupted passengers Helen and Ian Hardy were due to fly back to the UK on Wednesday afternoon.

‘We got re-booked for [Thursday] morning but the weather still hadn’t cleared so after waiting in the queue for an hour we’ve been booked on a flight for Saturday,’ Mrs Hardy said.

‘The only other way they told us we could get home [to Exeter] before Saturday was to fly via Southampton and Manchester.’

Mr Hardy lives with dementia and so the couple felt it was not right to take that route.

‘It’s a very stressful situation but we have friends here who have been very helpful.’

Quantity surveyor for Deacon and Johns, Adam Lamoury, came to the island on Tuesday night for work and was booked to leave at 5pm Wednesday.

‘I sat around until 8pm and then they told us the flight was cancelled and there were no flights home [to Manchester] until Friday,’ he said. ‘I only packed one set of clothes.’

Mr Lamoury was booked on a flight to Leeds/Bradford yesterday, but that was cancelled.

Aurigny CEO Mark Darby was involved at all levels getting the full picture from operations to enable him to inform customers first-hand of the latest information.

Sarah Baker, who was travelling to Southampton, said: ‘It was lovely to see the Aurigny CEO in departures talking to customers, information is really important when you are waiting.’

Mr Darby spent around three hours in the departure lounge where he was able to keep customers informed of where the aircraft were, when they were expected to land and when the next departures were expected.

The forecast is for some mist and fog this morning, clearing to sunny periods.