‘Guernsey should push to be first green island’

During his visit to the island to speak about sustainability at an investment seminar held by Cazenove Capital, he said Guernsey has a clear opportunity to be a beacon of sustainability on the world stage.

‘I’m amazed that Guernsey isn’t pushing to be the first green island in the world,’ he said

‘Guernsey is a very powerful island in financial terms and due to the kind of people who live here. The island’s output far exceeds its size and I would think it has the power to push a green strategy in many more ways than the City of London or the other financial centres of the world ever could.’

A conservationist and activist for environmental issues, Mr Fogle hailed the island for its action against climate change, including green finance initiatives.

‘I think the potential environmental impact of green finance is huge. I can’t help but think green business is only going to grow and there is a danger that those that don’t adapt will be left behind. It’s great that Guernsey is already engaging with that.’

Having explored the world extensively and produced books and documentaries, Mr Fogle said: ‘In all my travels, I know of no comparable island that has gone completely off the grid and is self-reliant. No other similarly-sized island has totally banned plastics and can call itself a green island.’

He added that despite the positive action being taken, Great Britain and Guernsey could do more to position themselves at the forefront of the green movement, as have comparatively less advanced jurisdictions.

‘Rwanda, a country that most people would probably struggle to place on a map, has totally banned plastics and has some of the most progressive environmental policies of any nation in the world,’ he said.

‘I’m very proud of the example Rwanda has set, but I find it quite embarrassing that we in Great Britain have been left behind by a nation that is economically behind us.’

He also said that as the world approached 2020 – the year experts claim as the deadline to avert the climate crisis – the financial industry must reassess the traditional idea of wealth.

‘I think the banking sector needs to start looking a lot more closely at the idea of wealth being about wellbeing, happiness and your impact on the environment,’ he said.

‘I would like to see organisations looking more towards their social and environmental impact as well as profit as part of their success measure. I realise that in Guernsey, a lot of businesses have a very literal definition of wealth but I think this will have to change. But don’t think that should scare the financial industry, I think it’s a really exciting opportunity.’ 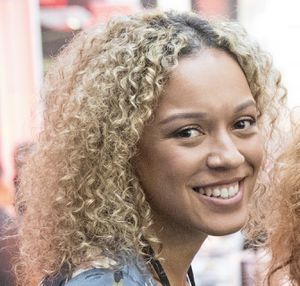 41 dead after fire in packed Cairo church during morning service