SOLAR panels could be scrapped from plans for a major new housing development on Doyle Road, as they would not be economical, the project architectural technologist has said.

On behalf of Premier Properties Ltd, A7 design director Andre Bisson has sought permission to omit the provision of solar panels in the roofs of nine proposed dwellings at 1 Doyle Road, St Peter Port.

Although he recognised incorporating renewable energy installations into the design was encouraged by the Development & Planning Authority, Mr Bisson said following investigations and discussions with Guernsey Electricity, installing renewables did not appear to be a viable option for the homeowner or developer.

He said the payback for installing solar technology is currently 15 to 20 years and is likely to increase to 20 to 25 years in the coming year as the tariff pricing structure is currently under review and Guernsey Electricity will be looking to introduce higher costs for electricity, anticipating a price increase in excess of 6%.

‘The average warranty period for solar installations is 10 years, after which the products are surpassed by new advancements in the evolving technology [and] the efficiency of the units themselves are reduced to approximately 80%.’

Mr Bisson said it appeared that Guernsey Electricity does not offer incentives to islanders because they see installations of renewables as a threat to their income.

‘Homeowners who self-generate electricity through solar technologies [are] naturally purchasing far less units of electricity than those who do not self-generate – it is likely that a flat rate tariff will be introduced later this year, meaning islanders who do not have solar installations will, in effect, be paying a premium to subsidise the loss of income to Guernsey Electricity.’

Should the supply and installation costs of solar renewables become more economical in the future, and if Guernsey Electricity would offer incentives to install such technologies, then it would be considered by A7 Design.

Guernsey Electricity head of asset management Stuart Blondel said the company supports the development of local renewable technologies in the island, where it can be achieved in a fair and equitable way.

‘This gives those customers who want to engage with and benefit from new and innovative technology the opportunity, while ensuring customers that do not want to engage, or who cannot engage, are not left behind and disadvantaged,’ he said.

Rather than viewing renewables as a threat to income, Guernsey Electricity is mindful that all consumers should benefit from developments in the energy sector but should also contribute fairly to the costs of running the electricity system and providing security to the island.

‘While we import the majority of electricity from low carbon and renewable sources in France, we expect the forthcoming energy policy to [progress] the island’s aspirations to become more energy independent.

‘The way electricity will be generated and used in the future is changing and our current tariff structure is not fit for this future,’ Mr Blondel said.

‘A thorough review of tariffs is under way and will be complete in early 2020.’ 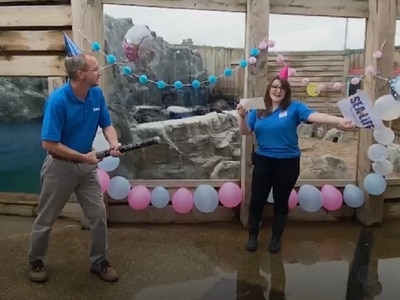