MEMBERS of Home Affairs threatened the author of a review of the committee’s governance with legal action if she did not modify her report in their favour, she has said.

Professor Catherine Staite also said that Deputies Mary Lowe, Rob Prow and Richard Graham insulted her in emails and tried to bully her ahead of the report’s publication.

The report, described as a ‘horror show’ by Policy & Resources committee vice-president Lyndon Trott, was published yesterday and accused committee president Deputy Lowe of bullying and harassing staff and that senior figures in the police, prison, fire and probation service see the politicians as dysfunctional and ineffective.

Members of the committee, including two who have tendered their resignations, responded to the report yesterday morning, with Deputy Lowe saying its findings were ‘a bombshell’ and all of them challenging Professor Staite to show evidence to back up her findings.

This, said the professor, was not going to happen and she was surprised the committee even asked. ‘The evidence was gathered through confidential structured interviews with the committee members, heads of service and civil servants.

‘The whole point of the interviews being confidential is to enable interviewees to be open and honest and not to fear retaliation from the committee if they are critical of the committee’s behaviour. I summarised and anonymised the evidence gathered through the interviews and used that to inform my recommendations. I have only included evidence for which there are at least three separate sources.

‘I’m astonished that the committee would ask me to breach confidentiality in this way. I will not share anyone’s interview notes – and that includes the committee’s.’

Prof. Staite said that the members’ threats of legal action for defamation would have been ‘a tricky course of action for them, given that the States of Guernsey is actually publishing the report, not me’.

‘Although I’m not familiar with Guernsey law on defamation, in the UK “fair comment” is a defence.

‘Even so, their tone was deeply unpleasant and that in itself was upsetting.’

Among the criticisms levelled at Prof Staite was that she interviewed the former head of law enforcement, who left the post at the beginning of the year.

She said she did this in order to learn some recent history, particularly the background to the HMIC report, and she did not ask for his views on recent development.

‘I asked other interviewees about those and it was clear from both committee and staff interview responses that the committee still had no clear strategy and were still focusing on operational matters (both problems highlighted in the HMIC report) when I completed the interviews in January and February this year.’

She was puzzled why the committee did not act on the strategic recommendations in the HMIC report: ‘If they had acknowledged that they had some problems with their governance at that point, they had time to start making improvements.

‘My report would have been very different, if they had done so, because I would have had evidence that they understood where things were going wrong and they were planning to put them right – even if they hadn’t actually made much progress.’

She wished to make it clear that she had no personal animosity towards any of the committee members, and had only met two of the interviewees before starting the review, and then only briefly.

‘I have no role in Guernsey politics and absolutely no reason to be biased in my analysis of the problems with HA’s governance. I have treated them with courtesy and listened carefully to what they had to say, throughout the review process.’

She also stressed that she was entirely independent of Policy & Resources, even though she was commissioned to do the reviews by the chief executive.

‘At no time did P&R, or anyone else, attempt to influence this report, or the HSC report, at all.’

‘The first time I met P&R was after the report was in its final draft stage. I attended two P&R meetings and the committee members asked a number of insightful and searching questions about my findings, to assure themselves that the report was accurate. That has been the full extent of my engagement with them about the report.’ 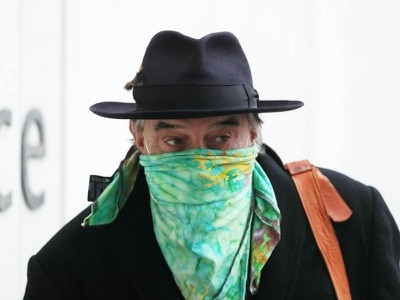