TV PRESENTER and historian Dan Snow went diving in a disused quarry in Alderney in search of a Second World War gun used to sink Allied ships in the Channel.

Mr Snow donned a wetsuit to plunge 10 metres into the depths of a quarry flanking Alderney power station on Friday in a hunt for a 12.5 tonne K18 gun.

During the 30 minute dive, despite poor visibility, he managed to set eyes on it.

It was his first visit to Alderney and he said he had been blown away by what he had seen.

‘Having heard rumours about what was down there for years, I was lucky enough to see things for myself and get a handle on the scale of activity during the war on Alderney,’ he said.

‘I’ve been all over the British Isles looking for Second World War archaeology, and archaeology from other periods, and I’ve never seen anything like what I’ve seen on Alderney. It’s extraordinary. It blew my mind.

‘There was just this huge stack of hardware, military equipment from the Second World War. It was extraordinary.

‘I didn’t just see just one thing. I saw the K18, a big German gun that would have been mounted on a battery here, shell cases, things that were used for ventilation, and even a kettle.’

It was not an easy dive.

‘I’ve never dived in a quarry before and it was tiring and a little overwhelming,’ he said.

‘Spooky things suddenly loom up out of the dark in front of you, things haven’t been seen for decades. It was very exciting – a very special day indeed.’

Mr Snow hoped to be part of any subsequent project to raise, restore and display the lost artefacts, filming it for his history podcasts and, with funds, even turning Alderney’s Second World War history into a TV documentary.

The quarry was used as a dumping ground by the Army after they liberated the island in 1945. Records show that a tank, guns and several cars are in the water.

The dive came after two years work by local historians, divers, members of the States of Alderney and Guernsey financial investor and consultant Simon Livesey, to learn more about the contents of the quarry.

Dr Trevor Davenport, an expert in Second World War military fortifications, said the K18 guns had been used to protect the core convey route from Cherbourg to St Malo and had a range of around 25km.

The K18 gun that has been photographed may be the tip of the iceberg in terms of what might be in the quarry.

‘I’ve got photos of eight similar guns lined up in 1945,’ said Dr Davenport.

‘Why would they just take one gun and dump it and send the rest for scrap? The conditions underwater make it difficult to find out what’s down there. And the question now, is how do we find out what’s in there? Visibility down there is very very poor. If you touch something a cloud of mud comes up and obscures it. We are still very much at an exploratory stage.’ 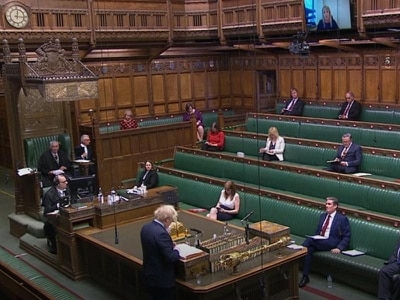