GANNET colony foraging and migration movements can now be tracked live thanks to geolocators attached to the birds’ tail feathers. 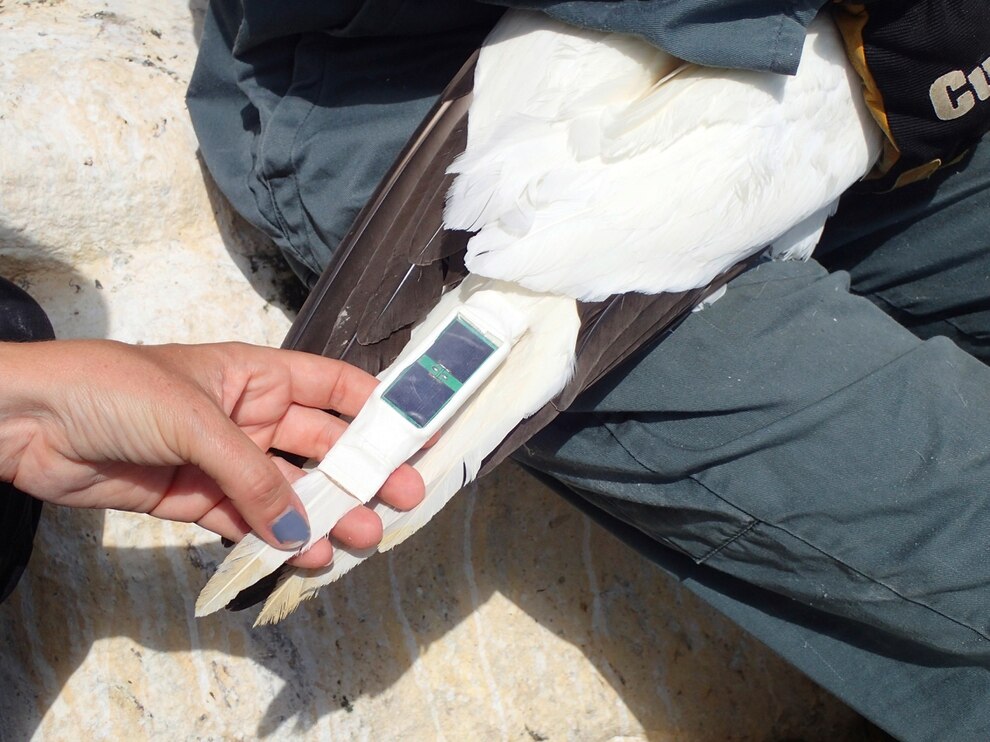 One of the Track-A-Gannet project tags attached to the tail feathers of a bird. (Picture supplied by supplied by Alderney Wildlife Trust) 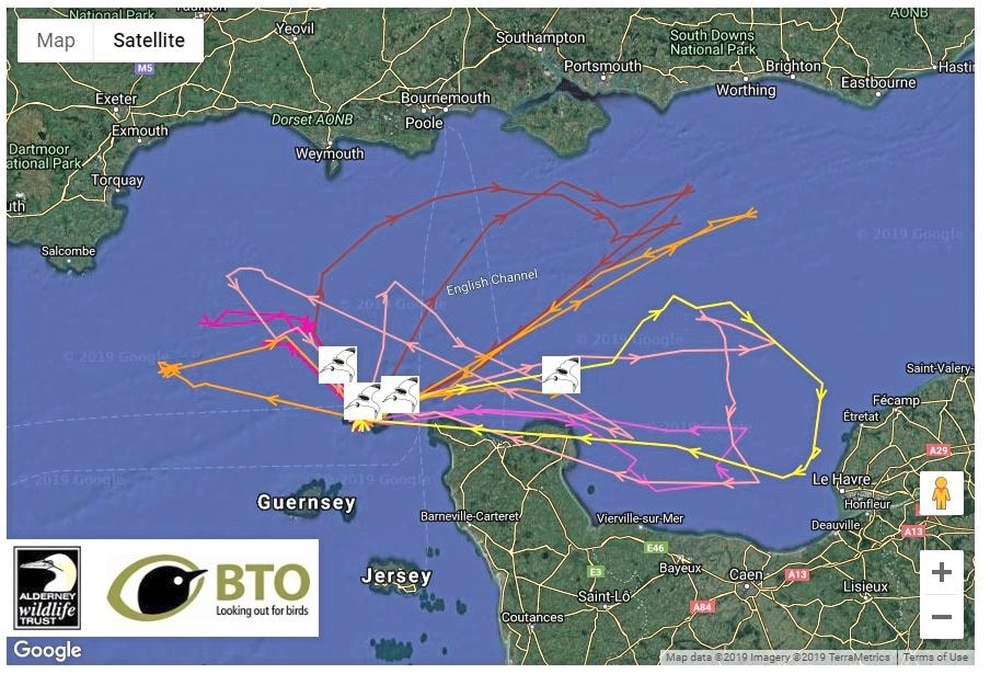 The map shows the flights taken by tracked gannets so far this year. (Google maps). 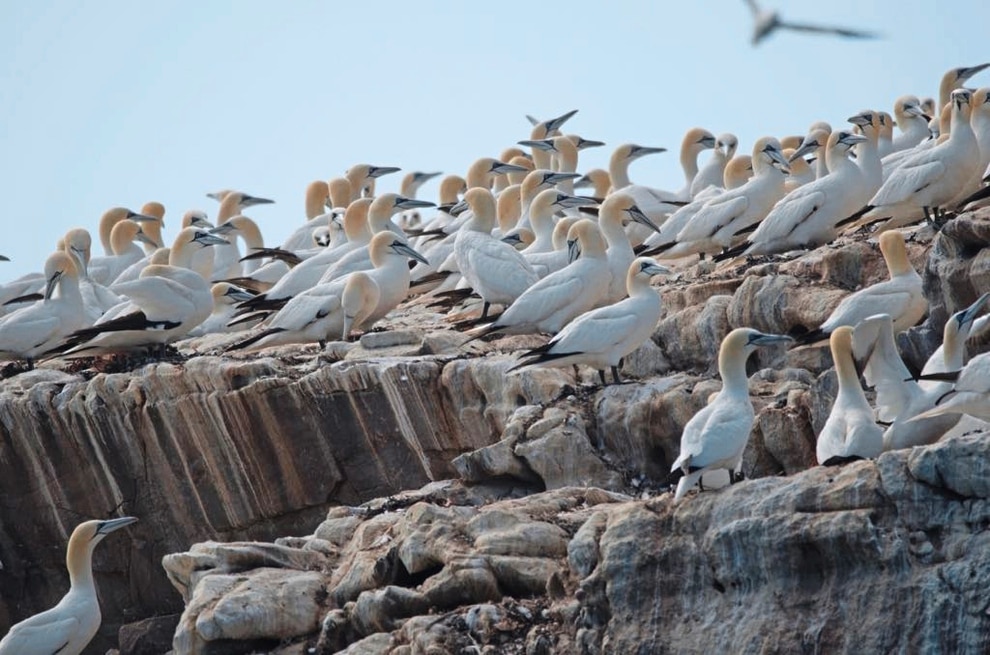 The Alderney Wildlife Trust has placed tags on eight gannets from the colony on Ortac as part of 2019’s Track-A-Gannet project, with the tail feather tags connecting to the 3G mobile network, when in range, sending live updates on the birds’ movements for around four to six weeks before they fall off.

The data gathered gives information on where the gannets go to forage and the areas the birds use most heavily.

It is hoped that this data will increase knowledge of the health of Alderney’s waters and allow the AWT to react to proposed developments in the Channel Islands.

In 2017, the AWT deployed 10 geolocators on Ortac, gathering data for up to two years.

On the tagging trip this year, one of these geolocators was recovered. It is hoped that this tag will give a clearer picture of where the gannets go on migration, allowing AWT to further protect the gannets throughout their life cycle. The data is currently being processed.

The Track-A-Gannet project is run jointly on behalf of the States of Alderney’s Ramsar Site by the Alderney Wildlife Trust with support from the British Trust for Ornithology and the University of Liverpool.

To view the live map showing the movements of the eight tagged gannets, visit www.teachingthroughnature.co.uk

The site also contains tracking in full from previous years.