INCHES and inches of hair has been donated to the Little Princess Trust as Vauvert Primary School pupils faced the scissors and shaver in front of friends, teachers and family in a fundraiser yesterday. 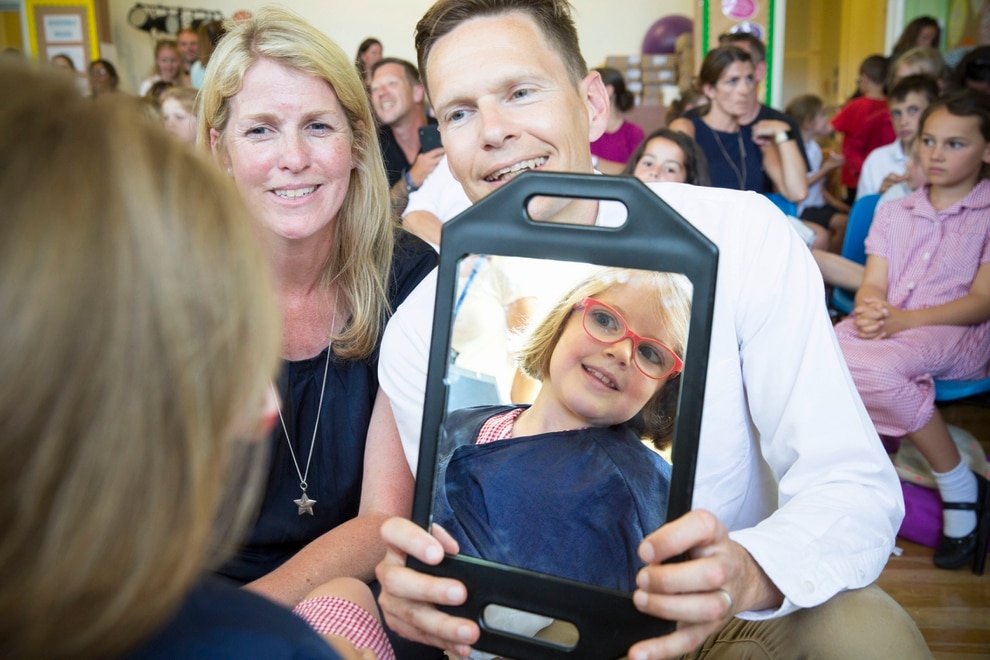 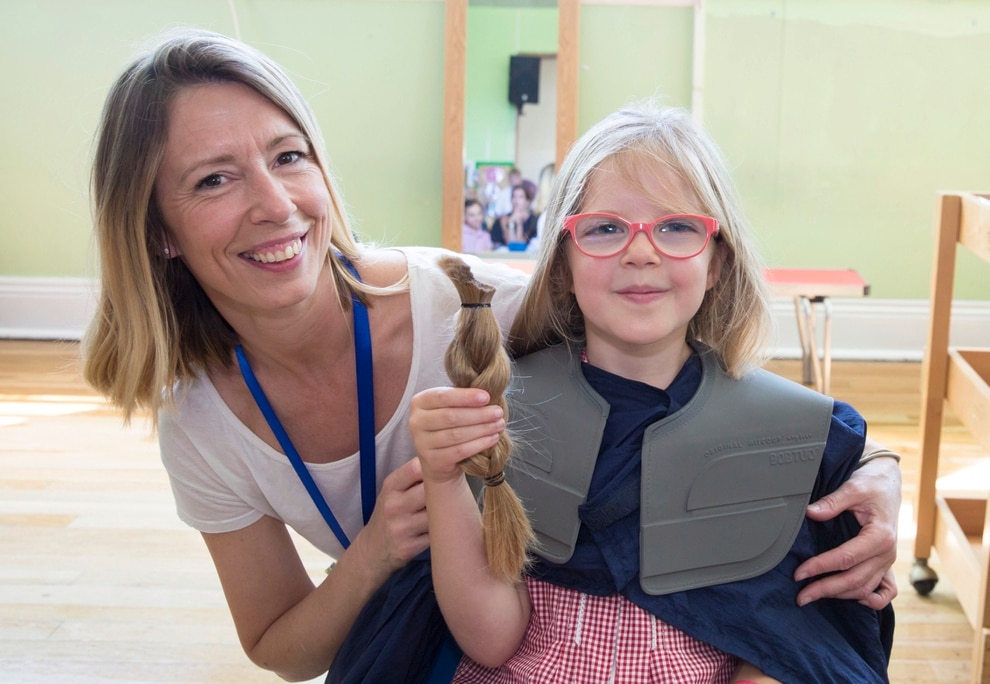 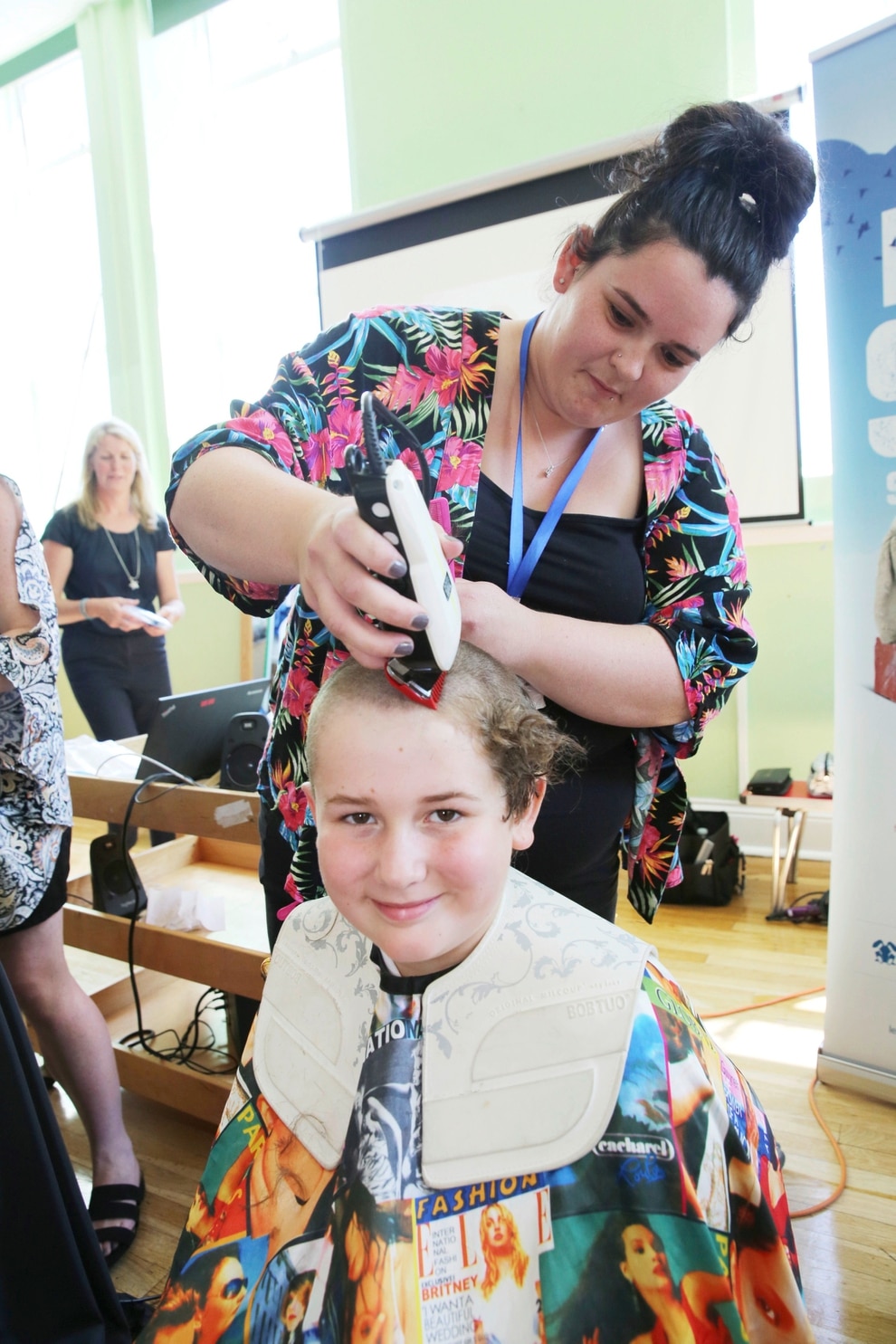 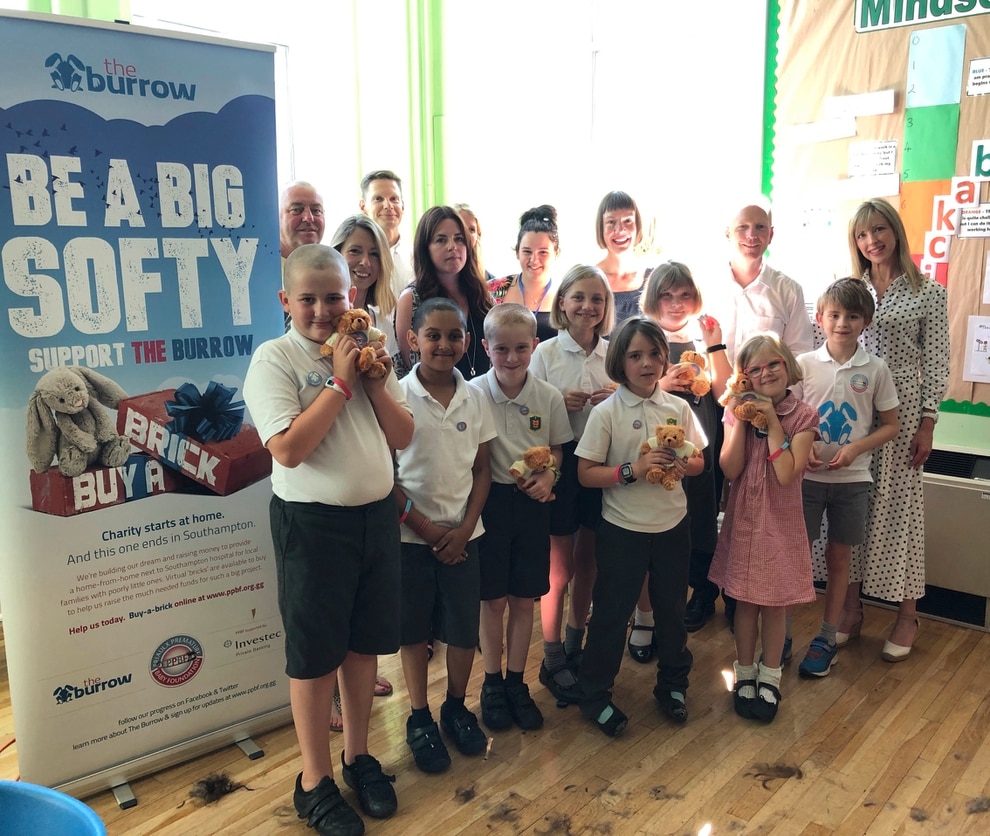 The children who volunteered to get their hair cut or headsshaved. (Picture by Danielle Kenneally, 25244447)

Greta Nicolle, 8, came up with the idea to donate her hair to the charity, in memory of her sister Aggie, who died in 2016 from cancer, a week before what would have been her 10th birthday, with Aggie’s friends joining by donating their hair.

Greta’s parents, Emma and Hubert, said they were extremely proud of their daughter for coming up with the fundraising idea.

‘We’ve raised over £4,500 so far, it’s been amazing, and our younger daughter who goes to La Petite Ecole will also be fundraising, they’re going to have a purple Friday for that, so we’re very proud.’

The Nicolles’ family friend, and owner of the Cutting Room, Shirley Bagot, offered to cut the children’s hair.

Greta, who had seven inches of hair cut off, said she was nervous and excited.

‘It’ll definitely be easier to brush now,’ she said, as the hairdresser chopped her hair off. ‘I like it though, it’ll feel really cool for summer.’

Head teacher Tim Walters, who also had his hair shaved for the fundraiser, said he was unsure about what he would think of his cut once it was done, but that it was for a good cause.

‘I’m happy to support the PPBF,’ he said. ‘There’s a lots of people here today and they have all been very supportive. It’s really great to see.’

The PPBF said it was a great to see that Aggie’s name still lives on.

‘The money raised here will cover four months running of Aggie’s Burrow – it’s a big weight off our shoulders.

‘As a sanctuary for young people, this will benefit children who need a place to go when they most need it.’