DEMAND for drives in the 50th anniversary ‘nautocross’ meeting in St Sampson’s Harbour next month could outstrip supply. Royston Carre, left, the first secretary of the Guernsey Autocross Club, Reuben ‘Amos’ Ozanne, centre, who raced in the second meeting and was keen to honour his friend and the sport’s founder, Frank ‘Crank’ Besnard, by taking the sport back to St Sampson’s Harbour, and Maurice Julou, the club’s second president. (Picture by Sophie Rabey, 25243165) 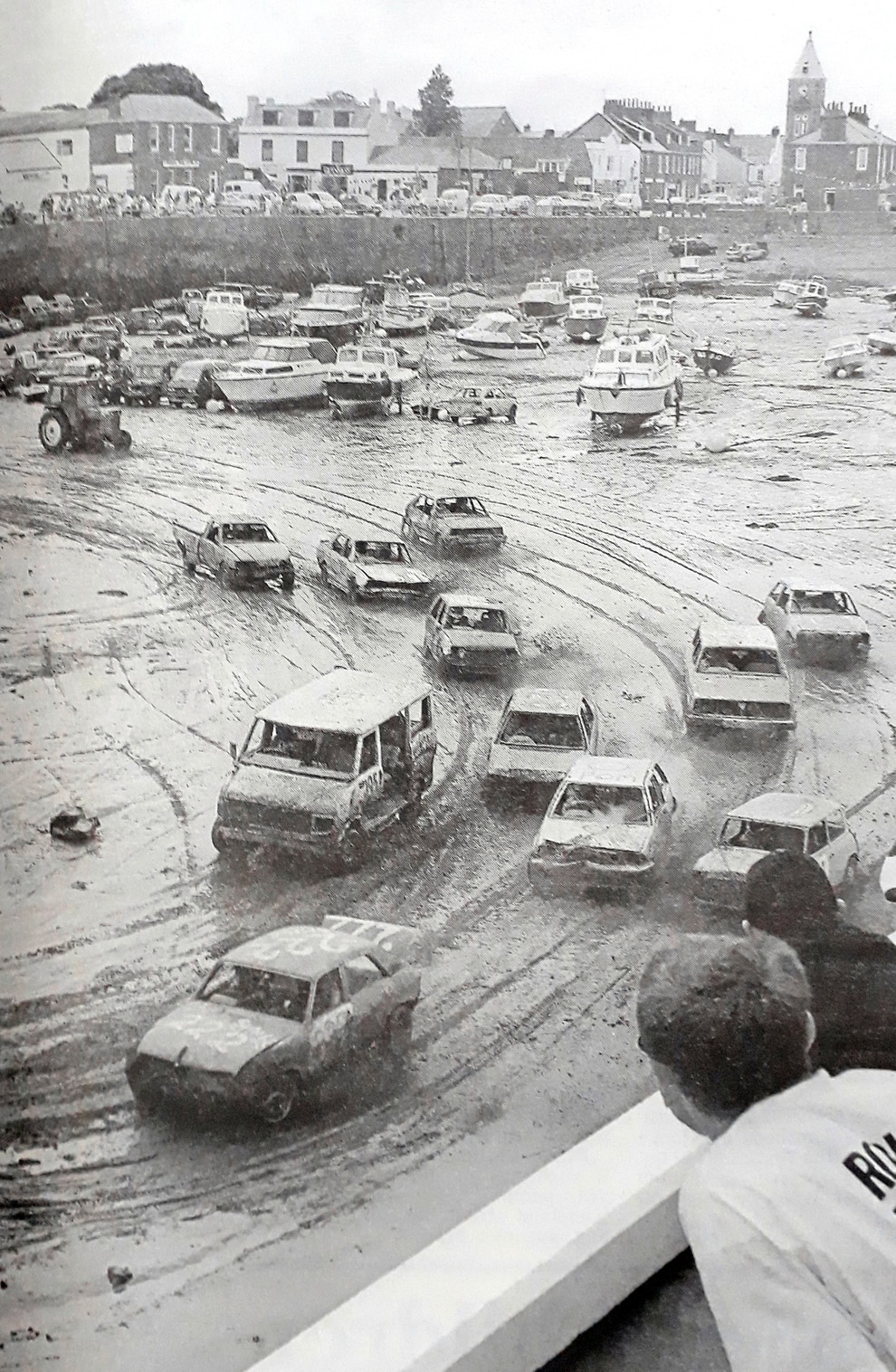 The Guernsey Autocross Club’s first meeting there was in August 1969 and the last in July 2001.

Permission has been given for a one-off anniversary meeting on Sunday 4 August – a day short of the 50th anniversary date.

Reuben ‘Amos’ Ozanne, who raced at the second meeting, said he was keen to take racing back to the harbour for the sake of his friend, Frank ‘Crank’ Besnard, who died in January last year.

Mr Besnard is credited with founding the GAC, which has its roots in a Torteval field where racing first took place in 1967.

Following that, it moved to St Sampson’s Harbour.

‘I was talking to “Crank” about the old days towards the end of his life and he said we’d never race in St Sampson’s Harbour again,’ said Mr Ozanne.

Mr Ozanne said he was grateful to ports general manager Colin Le Ray and Guernsey Harbours for allowing the meeting to go ahead.

‘There’s been a lot of interest in it and I think we’ll probably have more people wanting to take part than we can cope with,’ he said.

Racing is scheduled to start at 2.30pm on what will be one of the lowest tides of the year. Organisers estimate they will be able to race for about three hours.

In the early meetings, cars would enter the harbour from Le Crocq but that is no longer possible because of the marina.

Access is now from the slipway on North Side only. A crane will be on stand-by to lift out any vehicles that get stuck and diggers will be used for pushing and pulling them in the harbour. A Jeep that was used for the same thing in the early years will also be there.

Mr Ozanne, 82, said the track would be smaller than in the pre-marina days but not by much. He and Nev Browning will drive demonstration laps at the start as the only drivers to race in the early meetings.

‘We’re inviting anyone who drove in those early meetings to come down and do it again, but they would have to find their own cars,’ he said.

The biggest meeting at the harbour attracted 185 drivers with more than 200 cars. Some 2,000 spectators lined the harbour walls.

In the early years people would use their road cars and hose them down afterwards so they could use them to get to work the next day.

The destruction derby and bonnet racing were highlights for spectators at some of the early meetings, but they will not be happening this time around.

Mr Ozanne also recalls someone being pulled along while sitting on a shovel and he would love to see any photographs of it that people might have.