ISLANDERS have a chance to glitter up at the West Show and help raise funds for a defibrillator on Lihou Island.

Currently there is no defibrillator on Lihou, so the fundraiser has been organised, which involves people being glittered up in order to fund one.

Lihou warden Steve Sarre said they had been lucky in the island so far not to have come across any situation where a defibrillator was needed.

‘There are often groups of people staying in the island, sometimes for as long as six days,’ he said.

‘For such a small piece of equipment, it could make a huge difference and could potentially save a person’s life – it would be a great thing for us to have just in case.

‘Fundraising for this is a good thing and it’s great to see people involved in doing this for the island.’

The idea came about when fire safety officer Nickie Browning was staying on Lihou for a school trip. When the tide came up she realised how isolated Lihou was and the difficulty of any type of emergency in the island. One thing she noted was the island did not have a defibrillator and if anyone suffered a cardiac arrest it would take some time if the tide was high to administer the essential treatment.

From that date she was on a mission to get a defibrillator for the island, leading to the creation of the Glitter Girls with her sister Natalie Gilman and her friend Sara Mallett.

Randell & Loveridge partner Ms Mallett then offered to assist through part-fundraising and part-donation from the firm.

She said the idea was to encourage people to get their face, or indeed any part of the body, glittered up in return for a small donation.

‘We’re delighted to be supporting the Lihou Charitable Trust in raising money for a defibrillator for Lihou,’ she said.

‘This will be the first fundraising event and is on both days of the West Show.

‘With the support of our fabulous island community we hope to see this potentially lifesaving equipment installed very soon.

‘Please come and find us.’

n Donations towards the project can be given at either Randell & Loveridge’s offices at 1-6 Court Row in St Peter Port or at the West Show, which starts today. 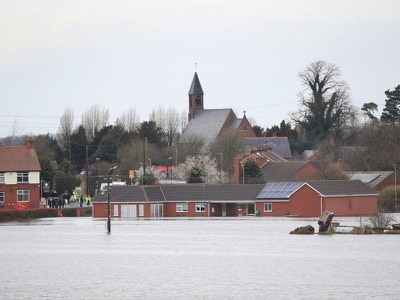