Lihou can fly own flag

LIHOU Island now proudly flies its own flag, donated by Jean Rouget in honour of her late husband, Mike, and their love affair with the island. Lihou now has its own flag pole and flag, kindly donated to the island by Jean Rouget in honour of her late husband Mike. Left to right is former warden Richard Curtis, Jean Rouget and new Lihou warden Steve Sarre (Picture by Sophie Rabey, 25519959). 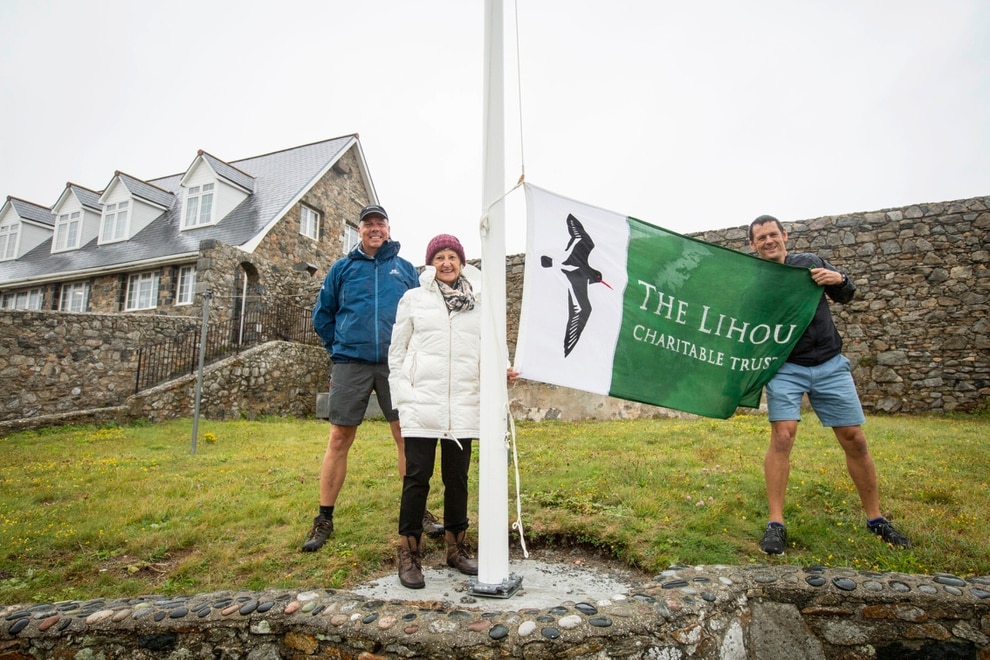 Lihou now has its own flag pole and flag, kindly donated to the island by Jean Rouget in honour of her late husband Mike. Warden Steve Sarre holds the flag and standing with Jean Rouget is former warden Richard Curtis (Picture by Sophie Rabey, 25519962). 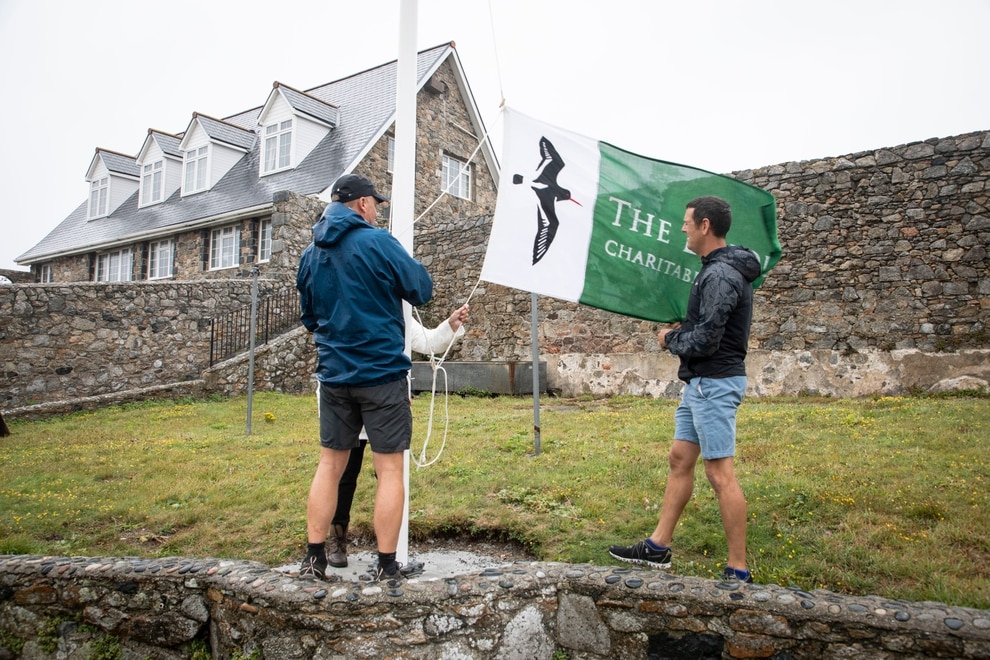 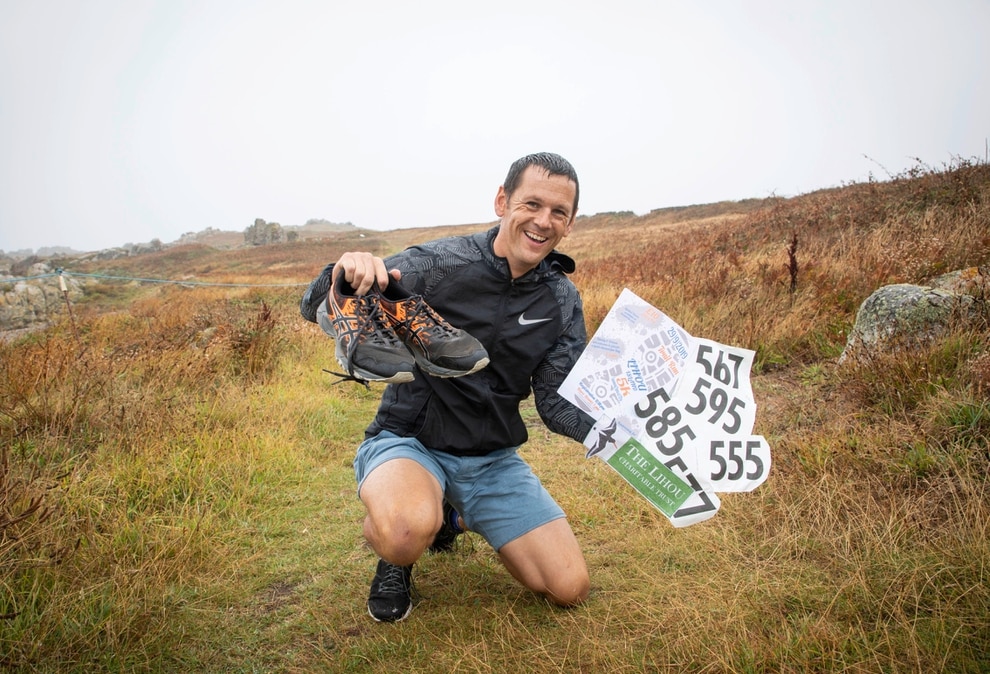 Lihou Island warden Steve Sarre, a keen runner, has reintroduced the 5K run around the island as part of a fun day (Picture by Sophie Rabey, 25545021).

The flag flies from a flagpole in the front garden of Lihou House and it is hoped visitors to the island, like schools, will fly their own flag for the duration of their stay.

Lihou is an important asset to Guernsey and Mrs Rouget wanted that importance to be symbolised and thought there was no better way than to commission Sarnia Flags to create the design.

Mrs Rouget said: ‘My husband and I felt that Lihou Island is an amazing asset for use by the people of Guernsey. The experiences of schoolchildren, often their first time away from home, is invaluable in teaching them independence, team building and nature.

‘We have spent many happy times with family and friends staying on the island and have volunteered over the years with various fundraisers and projects such as building the bunk beds and working on the house.’

She felt that the one thing the island needed was a flag.

‘One thing the island lacked was a flagpole and a Lihou flag and I am very pleased to be able to donate both to the trust and the island,’ added Mrs Rouget.

‘We are very pleased that the island now has a flag and I hope it will encourage others who stay on the island, like schools, to come with their own flag and fly it on our pole. Not to mention the flag itself is a lovely design and locally made.’

In other Lihou news:

The Lihou Island 5K is returning after some years of absence thanks to new warden Steve Sarre.

'The 5K is back,' said Mr Sarre, 'I'm happy to announce this event as warden which should be a great day out for all the family. The course is open to anyone who wishes and there will be various different races and activities to cater for all ages and abilities. The course itself is four times round the island to make up the five kilometres.'

The Lihou Island Charitable Trust is inviting all islanders to support and join in the fun at the sports-themed family fun afternoon within the grounds of Lihou House.

There is a £10 entry fee for the race on 29 September. A limited number of places should be booked through Eventbrite here.

Lihou will also be turning into Treasure Island for the day on Sunday 15 September and families are invited to hunt the island for hidden treasure. Extra treasure will be available to take home as the Lihou Island Charitable Trust will be drawing its lottery.