Our Island is theme for Art on the Beach

A WINDY west coast was the setting of this year’s Art on the Beach competition, returning after a year in which wet weather had seen the event cancelled twice. 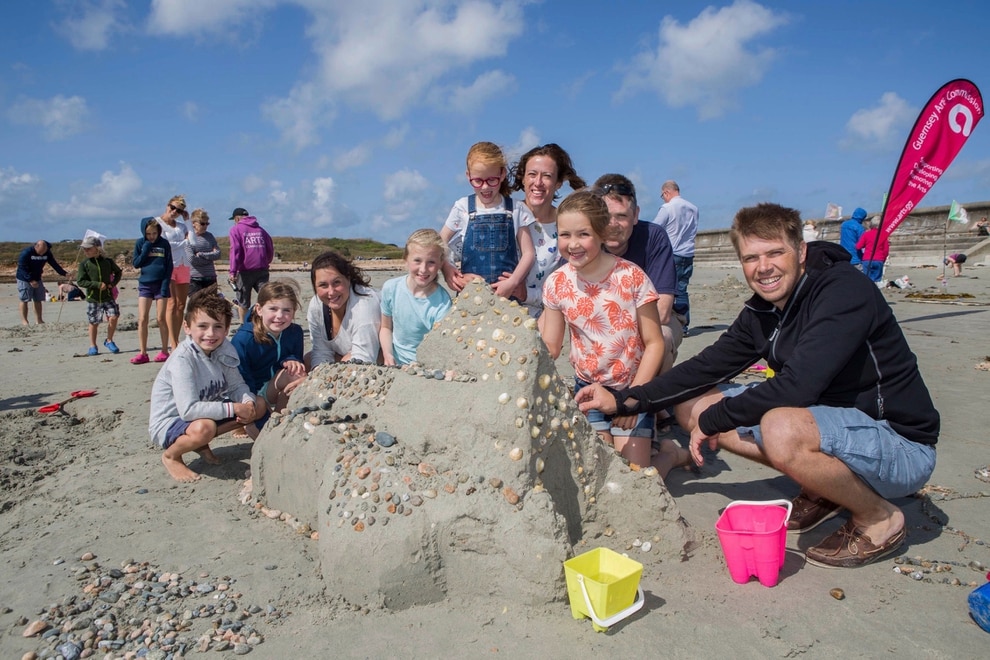 The Little Chapel was the inspiration for the Carnegie family as they created it out of sand and shells at yesterday’s Art on the Beach at Vazon. Left to rght: Alice Carnegie, 8, Brodie Carnegie, 7, Isabella Carnegie, 9, Hanna Carnegie, Jessica Lee, 9, Adelaide Lee, Tilly Lee, 7, Joe Carnegie, Ellen Carnegie, 10 and Tim Carnegie. (Pictures by Stacey Upson) 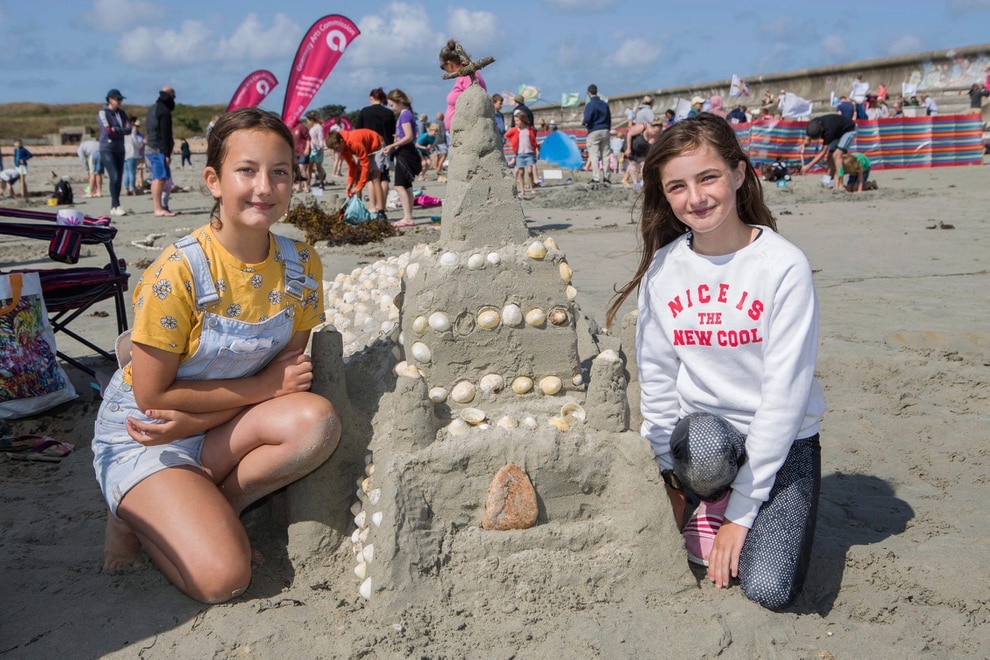 Poppy and Lisa, both 12, drew inspiration from the Little Chapel which took three hours to create. 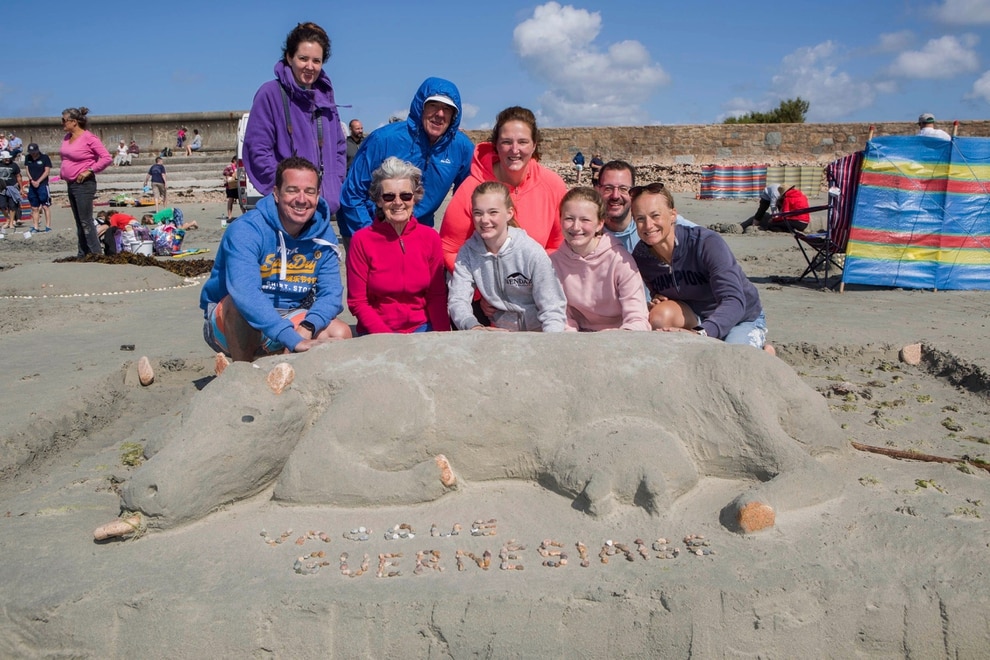 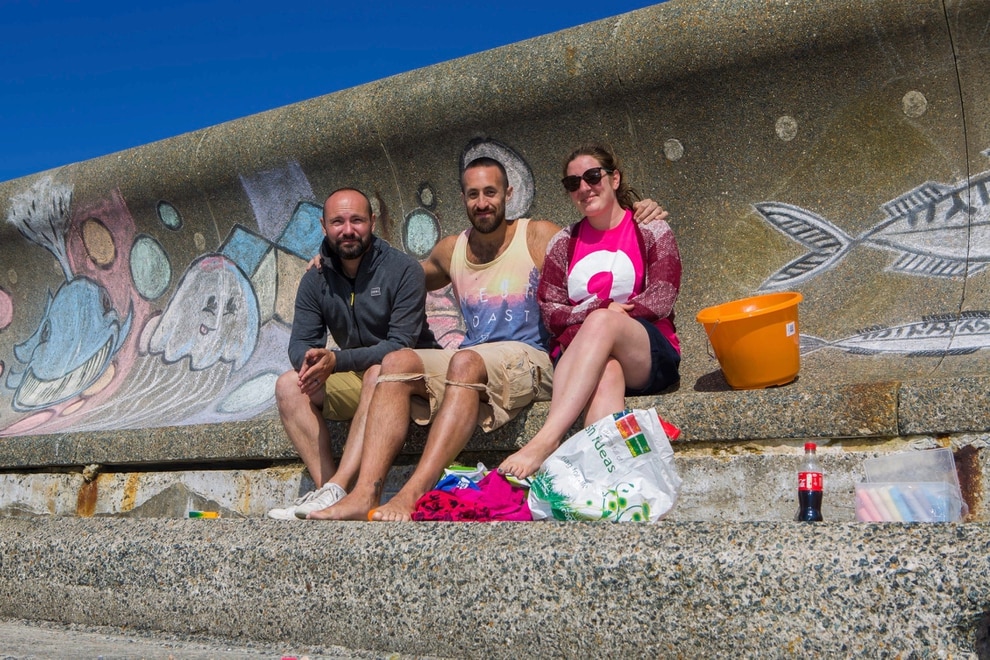 Artists Adam Gillson and Hugh Rose sit in front of their designs on the wall at Vazon along with Guernsey Arts Commission's Jade Kershaw. (25541893) 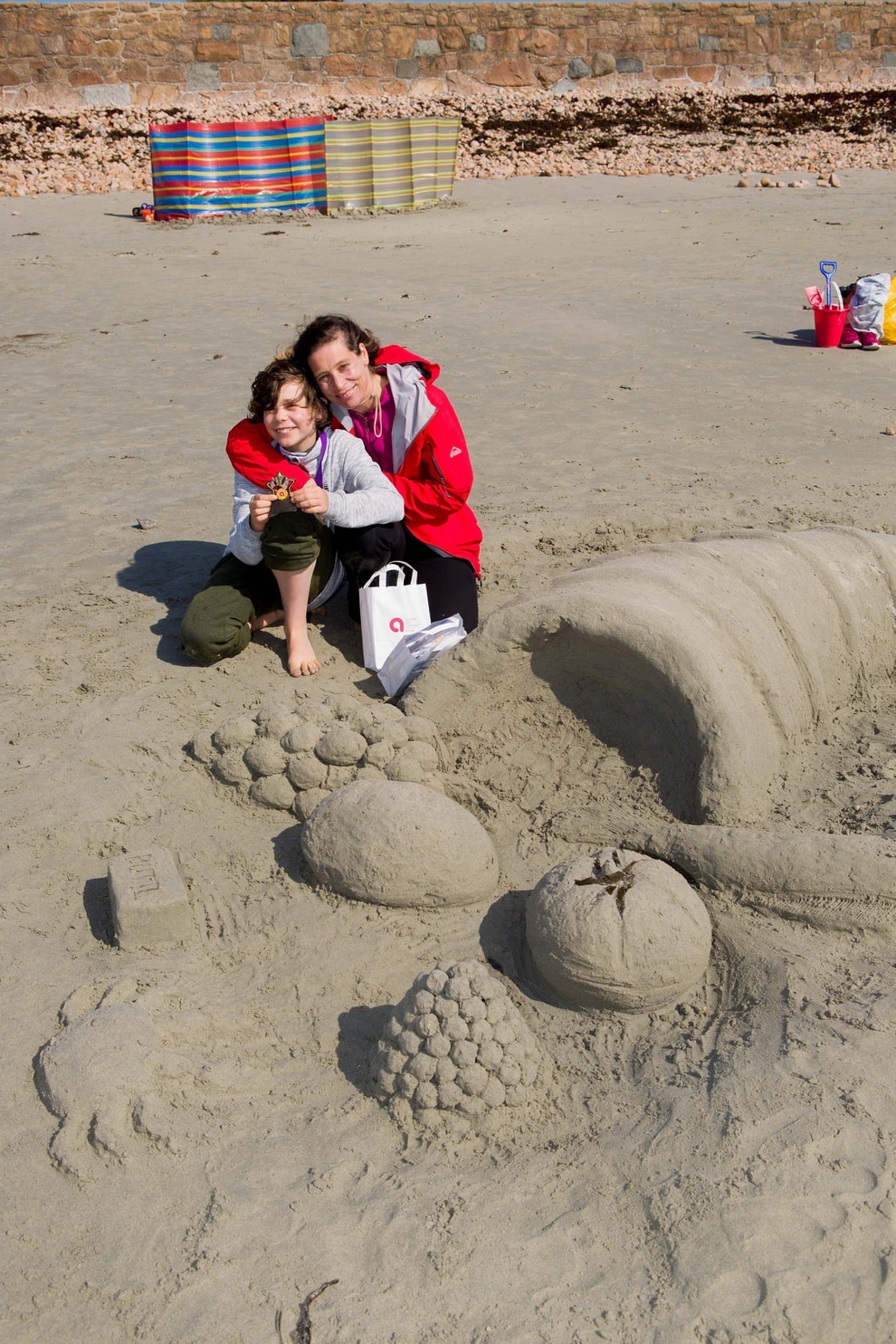 Mother and son team Daniel and Rachel Morelett, winners of the most creative use of sand category. (25541897)

The theme this year was Our Island, giving sand artists a broad range of topics to choose from, although there were one or two creations that did not surprise.

Alongside local landmarks such as the Cup and Saucer and the Little Chapel there was a giant crab, a Guernsey cow, a model of the Condor Liberation and a detailed and original tribute to local produce, a cornucopia, or horn of plenty.

Guernsey Arts Commission community arts development co-ordinator Jade Kershaw said she was pleased with the turnout for the event, which was held on Vazon and was free to enter.

Among the most decorated creations was a model of the Little Chapel created by Poppy and Lisa, both 12, after an initial idea of the Cup and Saucer had been dismissed: ‘It would have been a lot easier,’ said mum Caroline Wilkes-Green.

The Crabb family have Guernsey roots but currently live in Dubai, and dad David said that it had been nice to come to the island at a time when temperatures back home were hitting 46C.

They had created an impressive Guernsey cow, lying on its side, with Sarah, 14, responsible for the design after Joanna, 12, came up with the idea.

This was the first time the family had taken part in the event and their joint efforts paid off when the cow earned them the prize for most unique design.

The judges were artists Adam Gillson and Hugh Rose, who had spent the afternoon creating chalk designs on the sea wall, augmented by the creations of some of the youngsters.