ESC is not neglecting sport and culture, president assures

QUESTIONS have been raised about whether sport and culture are being neglected by the States committee with responsibilities for them – because of so much attention on education.

The Committee for Education, Sport & Culture has been under the spotlight for its secondary school transformation, and Deputy Lester Queripel asked for an assurance that it was still able to apply effective, efficient and sufficient political oversight to other areas of its mandate.

Deputy Queripel asked ‘rule 14’ written questions to check whether the triumvirate of ESC’s responsibilities were being covered.

ESC president Deputy Matt Fallaize said it was – and pointed out the proposals to fund a language commission and a comprehensive sports strategy. ‘The regular schedule of committee meetings is for us to meet for a full day, once every two weeks.’

‘Thus far in 2019, the committee has met 19 times and on at least 14 of those occasions, the agenda has covered more than just educational matters, ranging from the development of Footes Lane through to a full day touring our historic sites to gain an update on our upcoming challenges in that area.

‘An additional seven meetings were also held in between those 19 scheduled meetings that were specifically convened to cover matters relating to the transforming education programme – one or two of those also featured items falling within other areas of our mandate when the need for political oversight was pressing.’

Deputy Queripel also asked whether members of the committee had been given responsibility for specific areas under the mandate, and the answer to that was no, because committee members have a general interest in all areas of the department, according to Deputy Fallaize.

‘I would go as far as to say that when we have considered assigning individual areas of our mandate to individual members, we have not succeeded because all of us want to retain a strong level of involvement.’

Individual members do represent to the committee in specific forums, for example Deputy Rhian Tooley represents at the British-Irish Council meetings on discussions about the future of Guernesiais, and Deputy Richard Graham is part of the work to strengthen the future of the Guernsey Arts Commission. 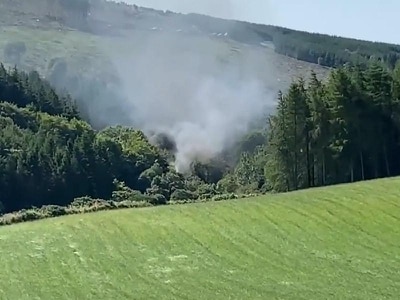 One feared dead after train derailment in Aberdeenshire