GSPCA sees a ‘worrying’ rise in sick gulls brought to them

INTRODUCING food bins is one possible cause for a recent rise in the number of gulls turning up ill at the GSPCA. 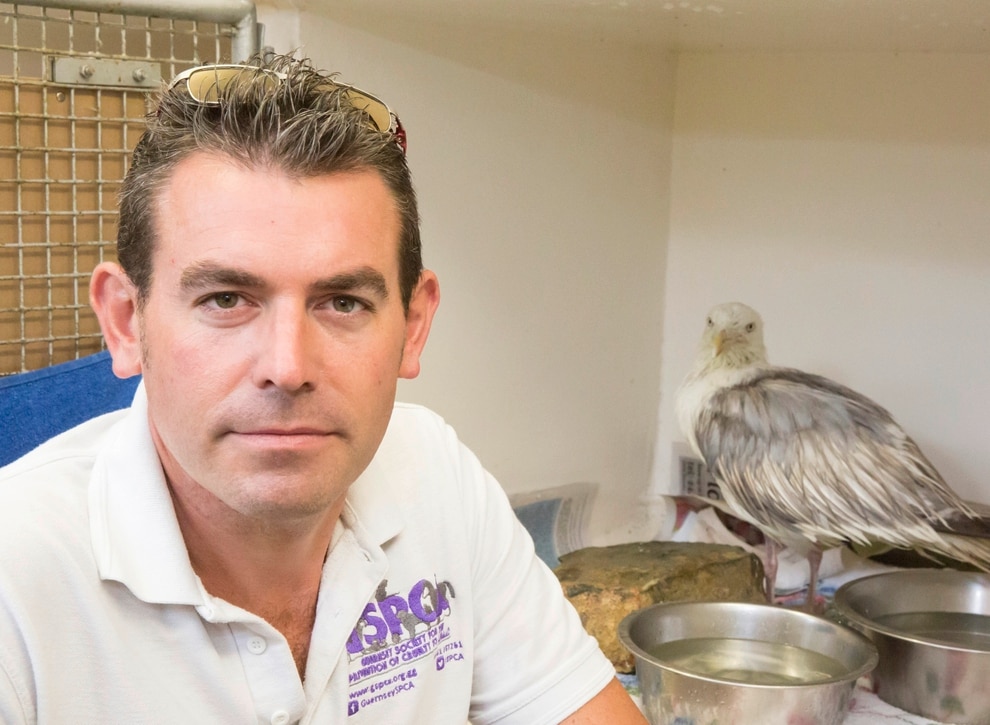 GSPCA's Steve Byrne with a sick herring gull which had a wooden skewer stuck in its throat. (Picture by Adrian Miller, 25760960) 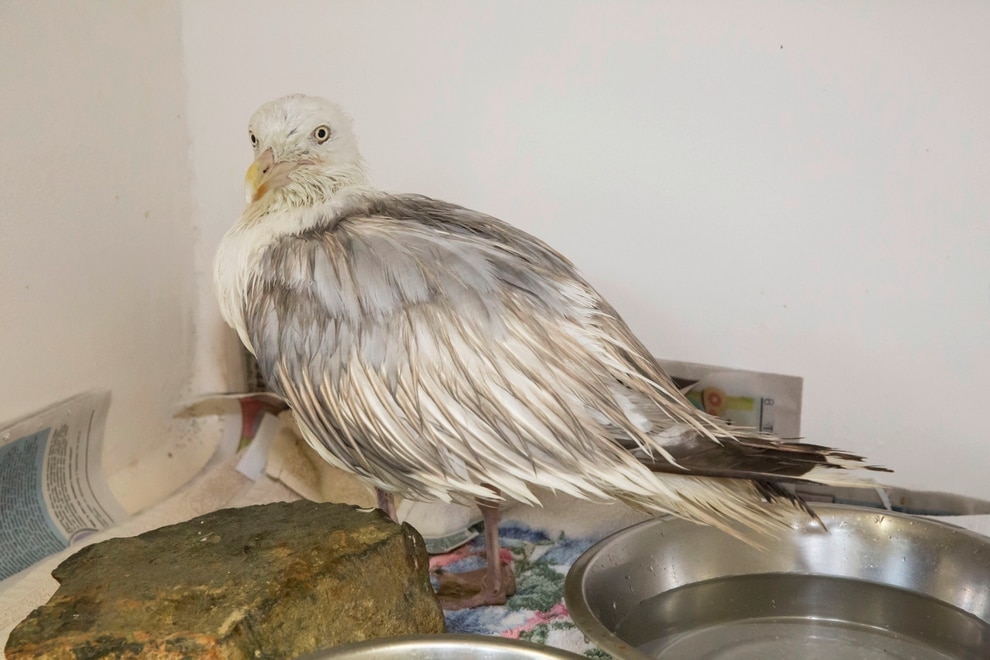 So far this month 12 birds have been taken to the charity, after being found unable to fly and lethargic.

GSPCA manager Steve Byrne said they normally see about 100 birds a year – averaging at about eight a month.

‘We are always busy with birds, but to have so many in a few days is worrying,’ he said.

‘The hospital staff are being kept very busy.’

By the time birds are ill enough to be caught, they are often too ill to be saved. Of the 12 brought to the shelter, two have been released and three are still being cared for. The rest have died.

Mr Byrne said they were tracking where the birds were picked up, so they could find out what might be causing the problems.

‘Nearly all the birds are from the north of the island [such as Bordeaux and Pembroke], which is quite common for gulls because of the tip,’ he said.

‘I’m sure there are still things there they can consume, but they are likely consuming more plastic as well.’

One of the birds brought in had a long wooden skewer trapped in its throat.

Mr Byrne said all the gulls that had come in were herring gulls – a scavenging species – and he said it was possible that with the introduction of food waste bins, the gulls were struggling to find food at the tip. This could then result in them eating something that might make them ill.

He added that it was also possible that someone was trying to make the birds ill on purpose, which was why it was important to monitor where the birds came from.

‘When I came in 2011, we had large numbers of birds, so this has happened before,’ he said.

‘Hopefully it’s just a blip. We are monitoring it closely. Seagulls do tend to flock when they find a food source, which is why large numbers can be affected.’

To help the gulls, local people should not put out black sacks during daylight, as the birds will rip the bags and will sometimes ingest plastic. The birds should also not be fed chips or bread, as it makes them sick. Islanders should also pick up any rubbish they find.