AN AMERICAN is searching for people in the island and beyond with the surname Guernsey. 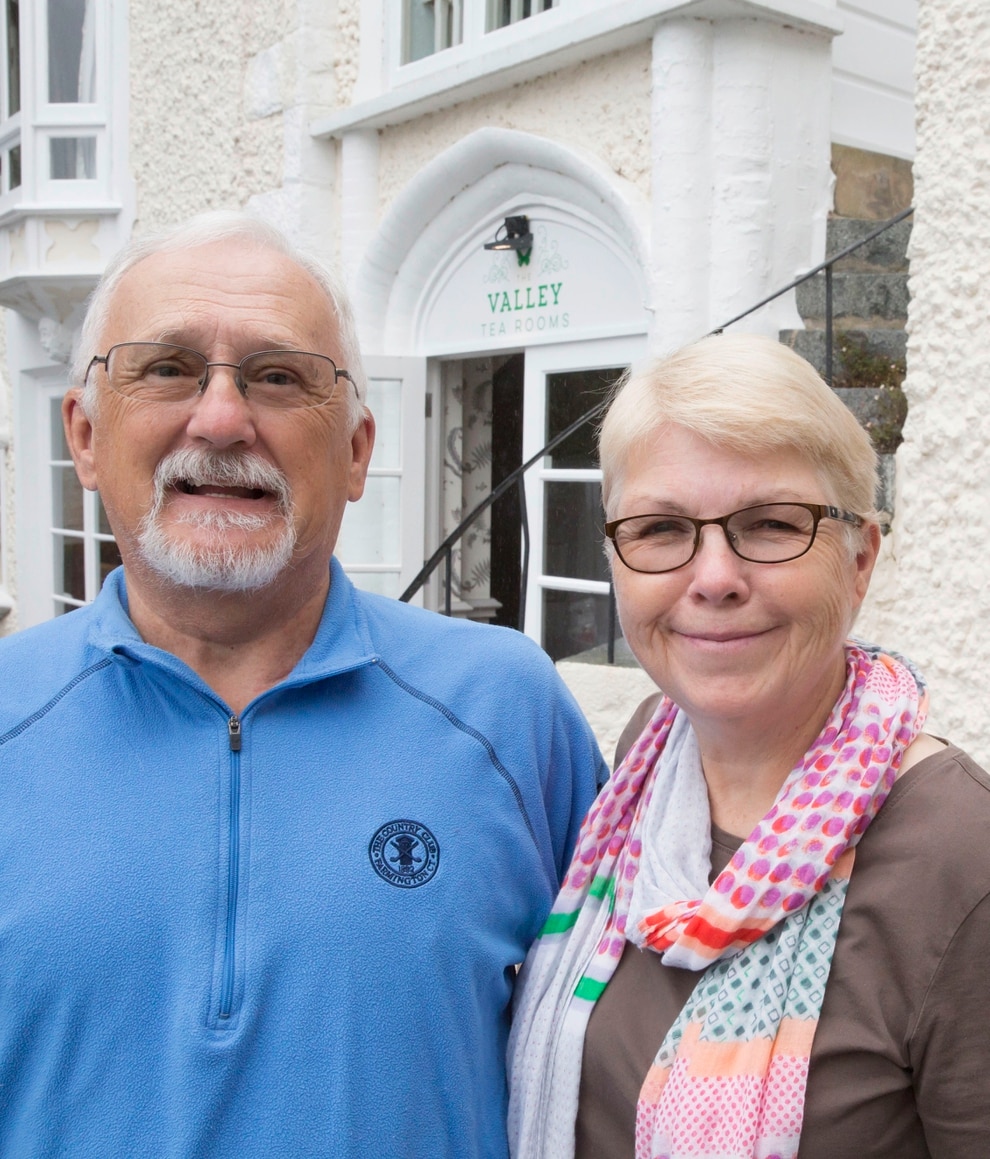 Pic by Adrian Miller 12-09-19.Fermain Tavern.William Guernsey and his wife Linda Guernsey..Mr Guernsey is from America and is looking for more people with the Guernsey surname. It is his first time in the island after aiming to come for more than 50 years.. (25768597) William Guernsey, pictured with his wife Linda, is from Connecticut and is in the island looking for more people with the Guernsey surname. It is his first time in the island after aiming to come over for more than 50 years. (Picture by Adrian Miller, 25768603)

William Guernsey, from Connecticut in the US, is the last in a long line of Guernseys and has been searching for people with his surname for a long time.

‘I’ve traced my lineage as far back as John Guernsey in 1635 who came from Bath in England to Dorchester in Massachusetts.

‘His surname was originally Garnsey, but this has changed over time into what my surname is. It’s always had a very similar pronunciation, though.

‘As for the history of it, we’ve even been told it came about as result of William the Conqueror when he left France, but this is all speculation of course.’

Mr Guernsey has three daughters, two of whom are married, with three grandsons in total.

‘Because I have daughters the name ends with me, which is unfortunate, but the family do want to come over and explore the island and we would love to come back – my daughters are very keen on history,’ he said.

‘In fact, me and my wife, Linda, have travelled worldwide extensively and every time we go somewhere we check the phonebook for more Guernseys. Unfortunately it is a very uncommon surname.

‘There’s a lot we’ve been able to do and see while we’ve been here and sending our letter to the Press about our search has been enlightening.’

A few people have contacted Mr Guernsey since his letter, published on Wednesday, but so far he has had no luck finding any Guernseys in the island.

‘Although we did have a gentleman from North Carolina contact us to say he had the same surname,’ he said.

‘How strange to travel all this way and find another American contact me from something printed in the Guernsey newspaper. He’s not of the same lineage from when our families emigrated to the US, but maybe if we went far back enough on a different line he would be.’

Mr Guernsey said now that he is finally in the island, it is strange to see his surname printed everywhere.

‘My wife and I have been wanting to come for a long time,’ Mr Guernsey added.

‘Now that we are here, it is weird to see my name displayed everywhere, on buses, adverts, even the airport. At home, people ask about it and it leads on to talking about the island.

‘Maybe I’ll find a castle that belongs to me.’

The Priaulx Library said there was no record of anybody with the surname Guernsey in the island and suggested the surname would more commonly come from elsewhere in the world.