Asian hornets ‘still a threat despite a fall in nests found’

ONLY one secondary Asian hornet nest so far this year is positive but it does not mean complacency should set in, said Asian hornet strategy project co-ordinator Francis Russell. 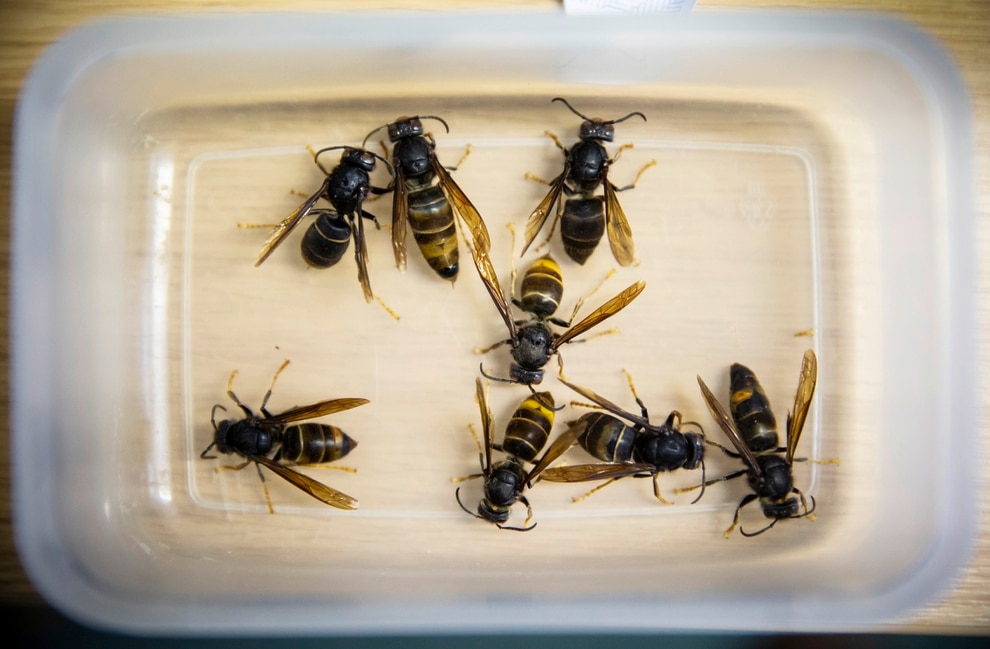 ‘We were hoping to keep the numbers down to below 10, so the fact we’ve only found one this far into September is really good.’

Last year eight nests were found in Guernsey and two in 2017.

Jersey has found 59 nests so far this year.

However the search is not over.

‘Workers die when the first frost comes, around October, when it gets colder and food resources disappear, but fertilised queens go through the winter.

Mr Russell said these new fertilised queens look for somewhere to hibernate over the winter.

‘We don’t know how far they go, we could get them coming from France, or they could do that in the spring.

‘Normally they fly 2-3km but with an easterly wind they can fly from the French coast in a couple of hours.’

The hornet nest extracted on 4 September has been preserved in a freezer and will be dissected on Monday.

‘If we detect we’ve got male hornets, it will be the first time.’

Mr Russell said whether males are found or not will indicate whether new queens have been produced, teaching the team more about what time of the year this takes place.

There is thought to be a nest in Sark and Mr Russell and Damian Harris, field and research officer from the team, will visit the island to help find it.

‘We helped to ‘‘spring queen’’ in Sark in spring and caught 11, if we can work together we can stop queens colonising and building up their numbers,’ said Mr Russell.

The method saw traps put at 500m intervals across the island.

‘It’s too soon to say our spring queening is why we have fewer nests.’

Mr Russell said he is now analysing the method used.

After removal of this first Guernsey nest, baits have been left in the area to check whether hornets still remain.

‘We will check this weekend. Now if we get any more we know there’s another nest.’

Mr Russell said the public were important in controlling Asian hornet numbers and encouraged islanders to continue to report sightings. ‘The public are our best weapon,’ he said.