Rare pantomime-themed 50p coins to be released in Guernsey

RARE 50p coins featuring designs from five popular pantomimes will be circulated in the island before the festive period. 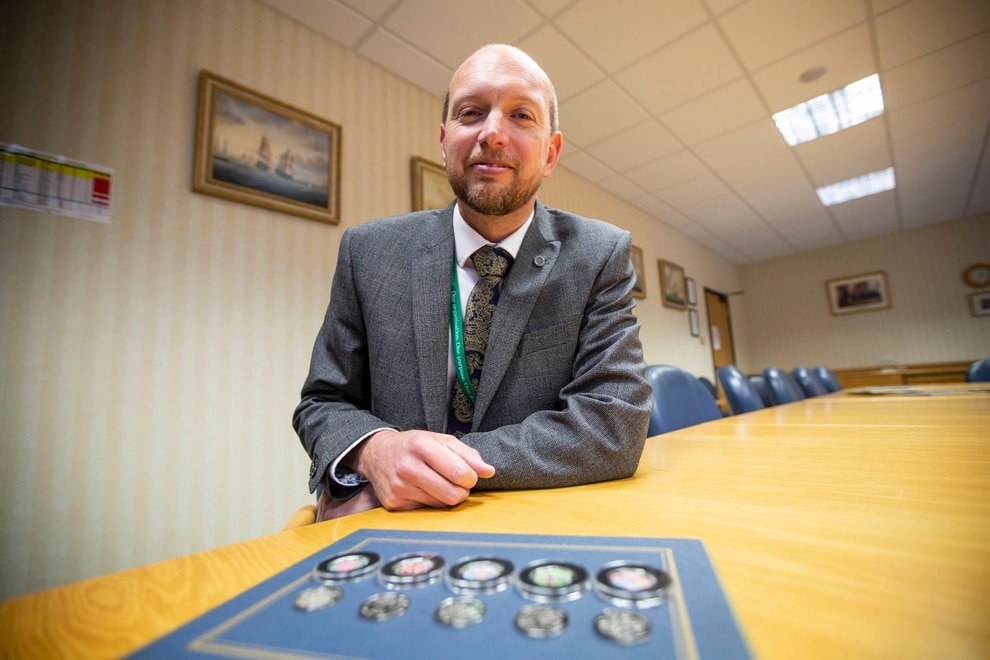 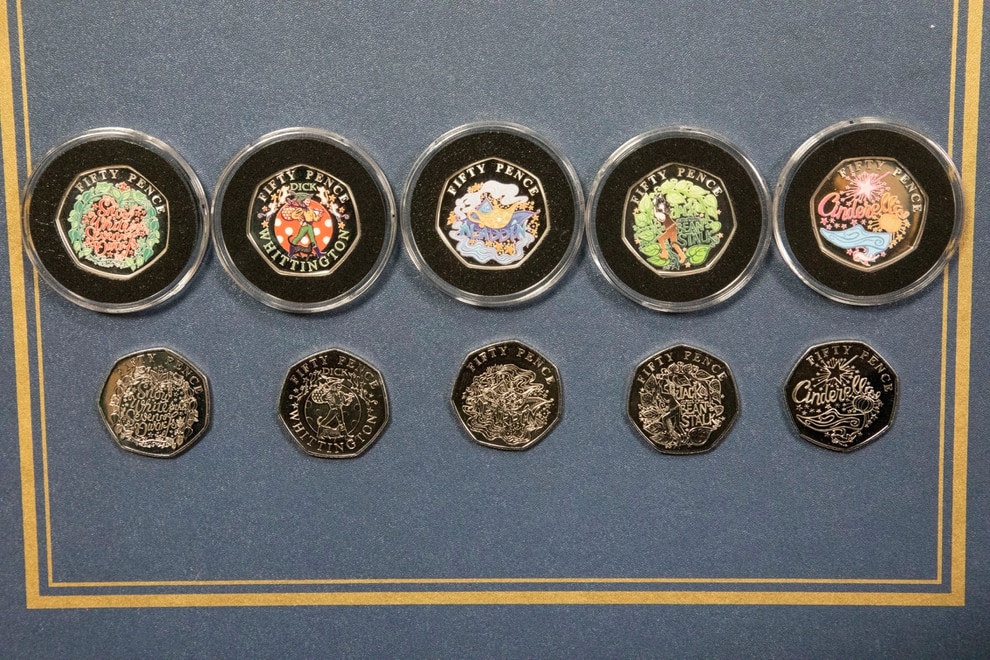 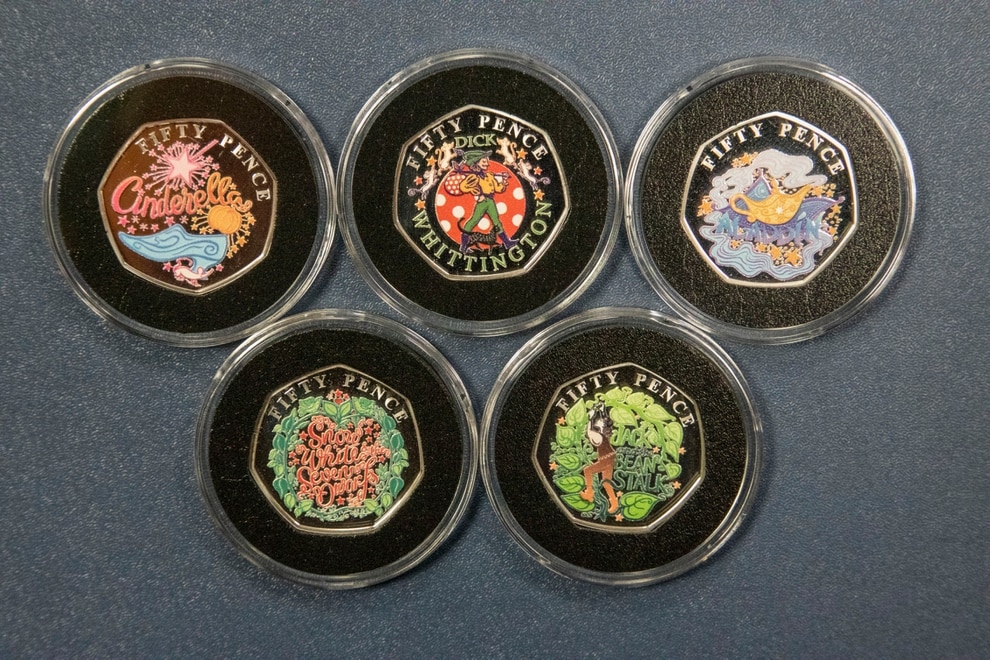 Picture by Sophie Rabey. 07-10-19. Release of new 50p Coins, themed around pantomime. The coloured coins can only be purchased in a set from the Westminster Collection. (26002864)

Only 4,000 of each of the five designs will be circulated after being delivered to high street banks in the next few weeks.

'Other commemorative coins have been very popular in the UK, such as the Beatrix Potter and Paddington Bear ones.'

This is the first set of commemorative coins in the Bailiwick of Guernsey, and Mr de Carteret hoped it would encourage more interest in the island's currency from collectors both local and further afield.

'The feedback has been very positive already,' he said.

'Currently there are around 3.4 million 50p coins in circulation in the island so finding one of the new ones will be rare.'

Featured pantomimes are Cinderella, Dick Whittington, Snow White and the Seven Dwarfs, Aladdin and Jack and the Bean Stalk, which is this year's Christmas production by GADOC held at Beau Sejour.

For £325 a set of uncirculated coloured coins can be purchased, of which there are 2,019 sets. There are also sets of the five silver coins for £30 which can be found in circulation and are legal Bailiwick tender.