Additional screenings tonight and this week of Man Down documentary

DUE to the success of the previous screenings of a mental health documentary, additional screenings are being held. 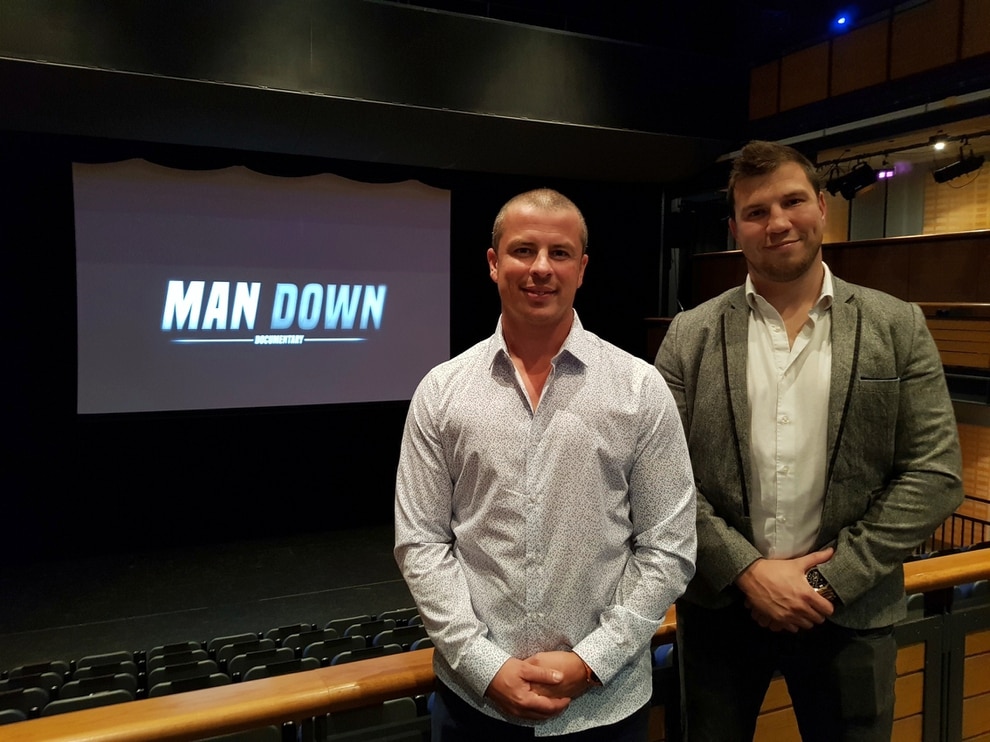 Around 200 people attended the premiere of the Man Down documentary at the Princess Royal Centre for Performing Arts on 16 September. L-R Philip Surry from Guernsey Mind and Gaz Papworth from Element Films. (26060896) The one-hour and 40-minute Man Down film premiered to a packed audience of 200 people last month and proved to be equally popular in its other showing later in the month.

Filmed and directed locally by Element Films, narrated by Shaun Dooley, the documentary follows the stories of different men in very different and challenging roles.

Filmmaker Gaz Papworth hoped the stories and the sharing of traumatic experiences would inspire other men who are not as open about their emotions to let go of the stigma and open up.

In the UK, just over three out of four suicides are by men.

'Today, we hope to begin to diminish the stigma of male mental health, to stand up and say, it’s okay not to be okay, to forget the phrase ‘man up’ and know it’s okay to ‘man down’ we all need help sometimes and help is here,' Mr Papworth said.

Tickets are available from www.guernseytickets.gg and the trailer can be seen on the Man Down Documentary Facebook page.