CLEAN WATER, improved hygiene and education were at the forefront of the work undertaken by projects that received funding from Guernsey’s Overseas Aid Development Commission in 2018. 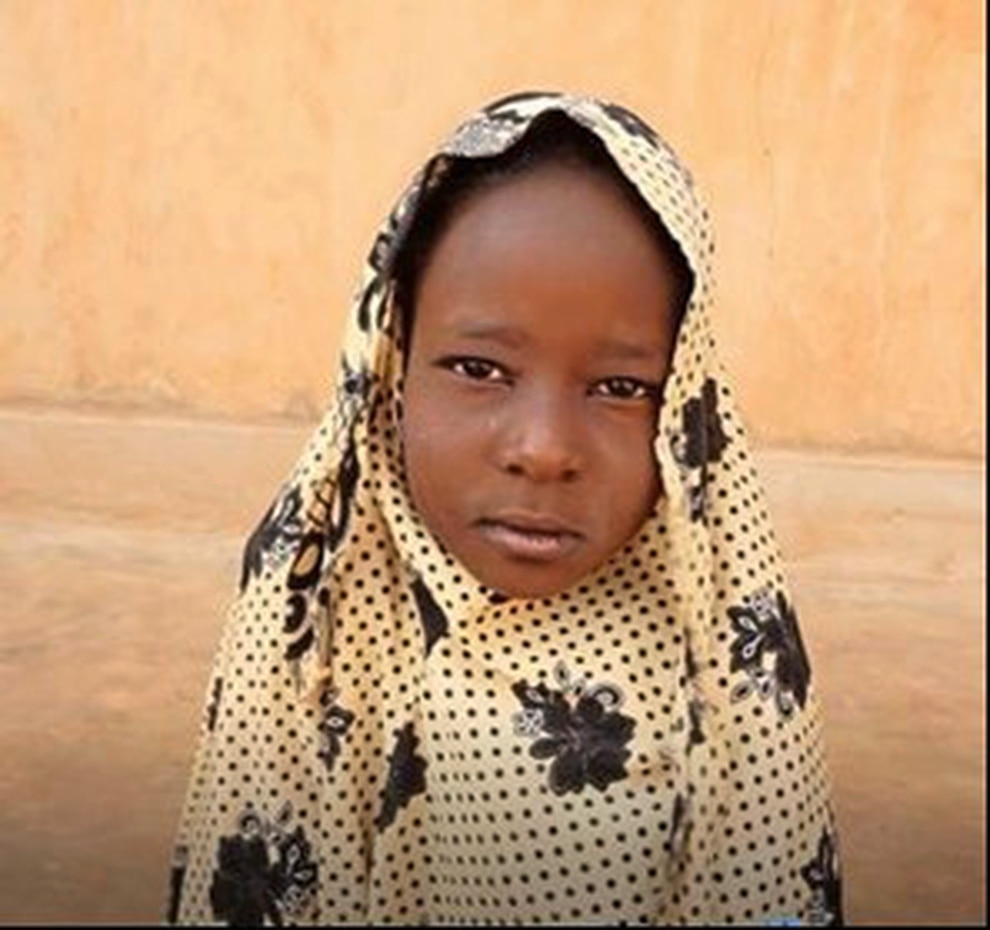 10-year-old Semsiya Hama, a pupil at a school in Goube, Nigeria, which was built by the Catholic Agency for Overseas Development with funding from Guernsey's Overseas Aid and Development Commission. (26074385) A resident of Nsangala in Africa with some of the village's goats, provkided by Advantage Africa. (26074387) 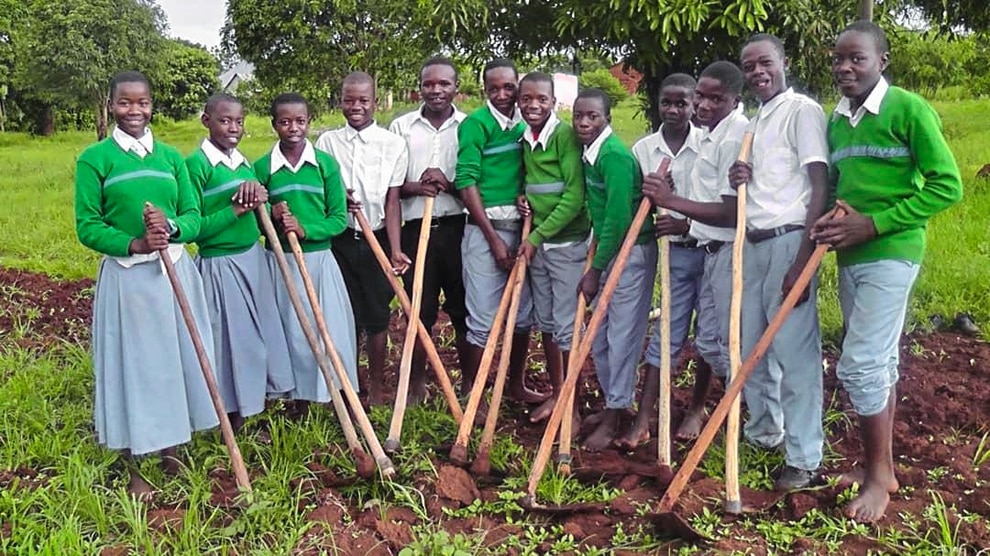 Students kitted out with traditional hoeing tools at one of the schools supported by Comrades of Children Overseas in southern Tanzania. (26074390) A well provided by Emmanuel International, with funding from the OADC, as part of its project to bring fresh water to the village of Lupembe Lwasenga in Tanzania. (26074392) 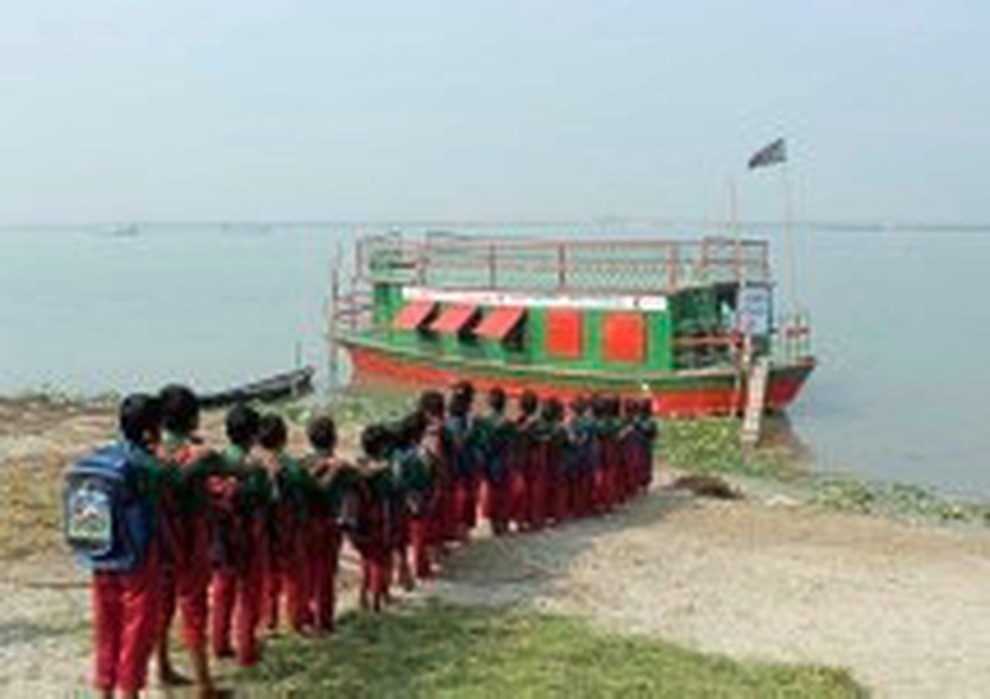 Youngsters queuing up for school on board a boat provided by Learning for Life in the delta region of Bangladesh. (26074394) 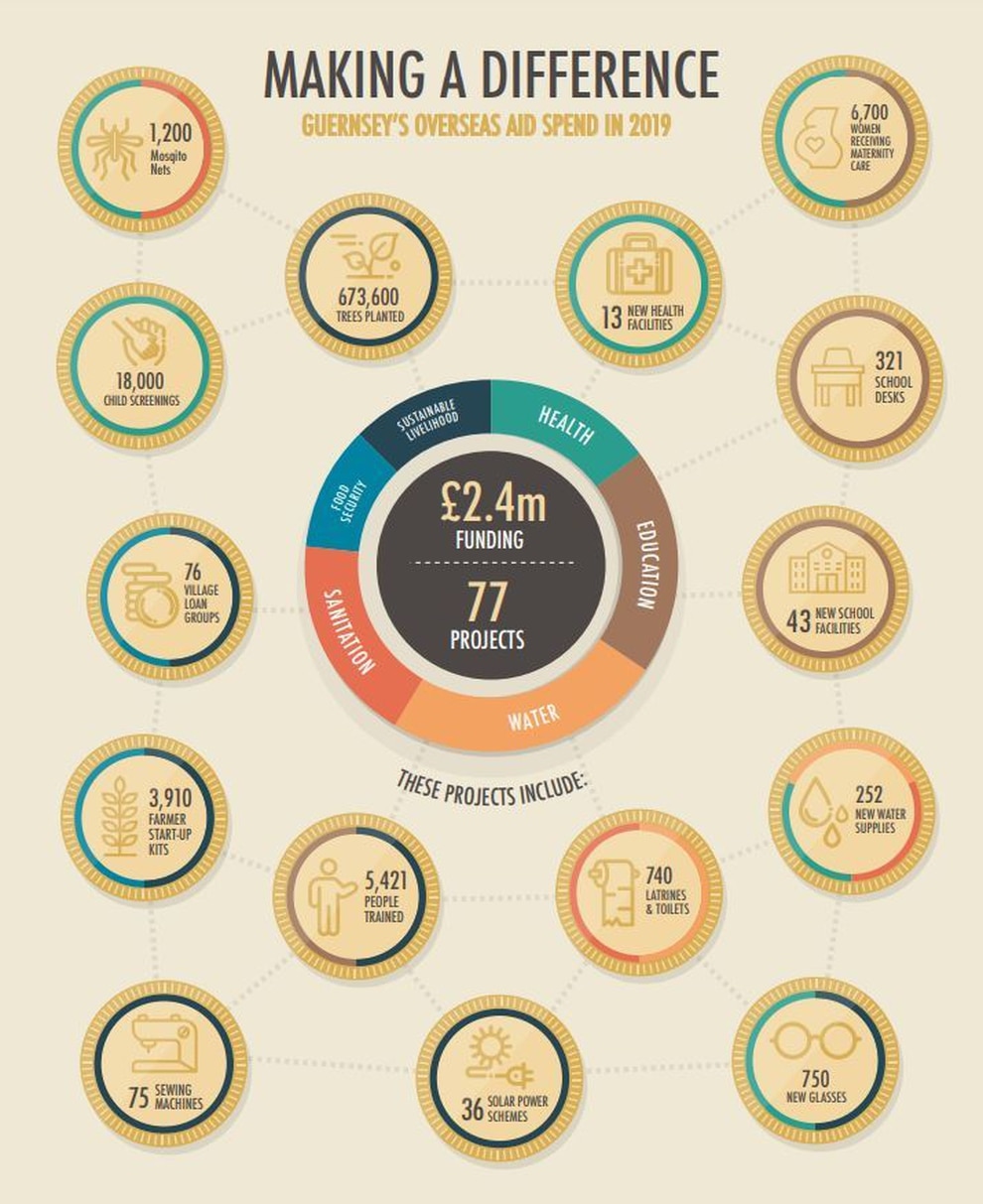 There were 241 applications and by far the majority of the awards went to projects in Africa. But there was also support for work in Asia, the Caribbean, South America and the Middle East.

The OADC’s annual report appears as an appendix in the Billet and it is not due to be discussed by the States, although at this week’s meeting president Emilie McSwiggan, gave a general update on its work and was able to field questions from members on any aspect of the commission’s mandate.

Included in the report are several case studies showing some of the projects towards which the commission has donated via the organisations carrying out the work in the various countries such as Advantage Africa, the Catholic Agency for Overseas Development (Cafod), Comrades of Children Overseas (Coco), Emmanuel International UK, Feedback Madagascar and Learning For Life.

Advantage Africa was given £38,513 for a project in Uganda.

The money was used to aid the poorest people in the villages of Nsangala, Lwemisege and Kyanyinamudu. Its goals are to allow them to access safe water, teach them about rearing livestock and crop farming as well as how to protect themselves from malaria and managed the impact of HIV.

An education project in Niger run by Cafod received £39,924.

It focused on the village of Goube, which was found to have the poorest educational infrastructure, and went towards the building of four new classrooms and a latrine block.

Cafod reported that this work was carried out despite the ever-present threat of terrorist violence in the region.

Coco used the £39,241 from Guernsey to put towards its cultivating schools for life project in the Ruvuma region of southern Tanzania.

This involved developing food forests at four schools in the region which contain cows, goats, chickens, rabbits and guinea pigs as well as crops suited to each school’s environment.

Once trained in sustainable agriculture techniques, people will be able to benefit from the crops and the increased food security.

The provision of a solar pumping station and pumping main plus 20 distribution points was undertaken by Emmanuel International in Tanzania and Guernsey contributed £39,923 to this.

Before the start of the project, villagers had to spend an hour fetching fresh water from springs and wells or from a river some 2km away.

Even patients at the dispensary and maternity facility had to bring their own water.

A new secondary school was built in Ambolomadinika by Feedback Madagascar, which received a donation of £39,861. This replaced buildings that were at risk of collapse with two furnished cyclone-proof buildings containing three classrooms.

One of the most unusual projects to benefit from the OADC was Learning for Life’s establishing of a floating school in the delta region of Bangladesh, which received £18,748.

This provided a facility for people cut off from mainstream services for up to nine months every year due to flooding.

Boat schools will enable children to be educated all year round.