STUDENTS have been given a safe-driving message this week as part of a hard-hitting talk from the island’s emergency services. 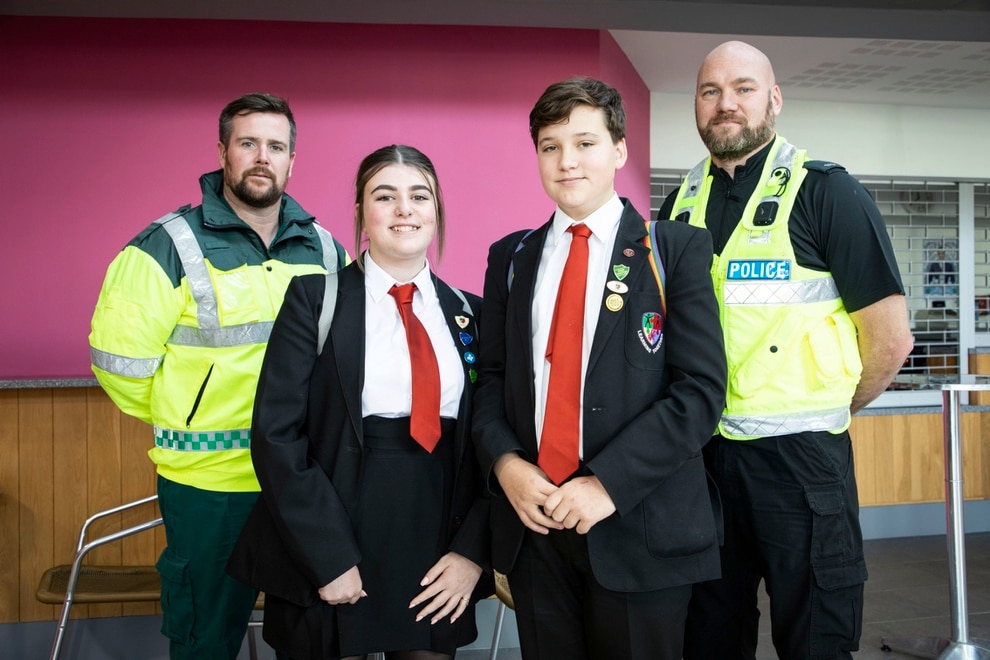 A lesson in road safety was given to St Sampson’s High students including Jodie Mechem and Ben Page, both 15, by paramedic Dean Robilliard and PC Andy Bell. The Fire & Rescue Service also contributed. (Pictures by Sophie Rabey, 26093407) 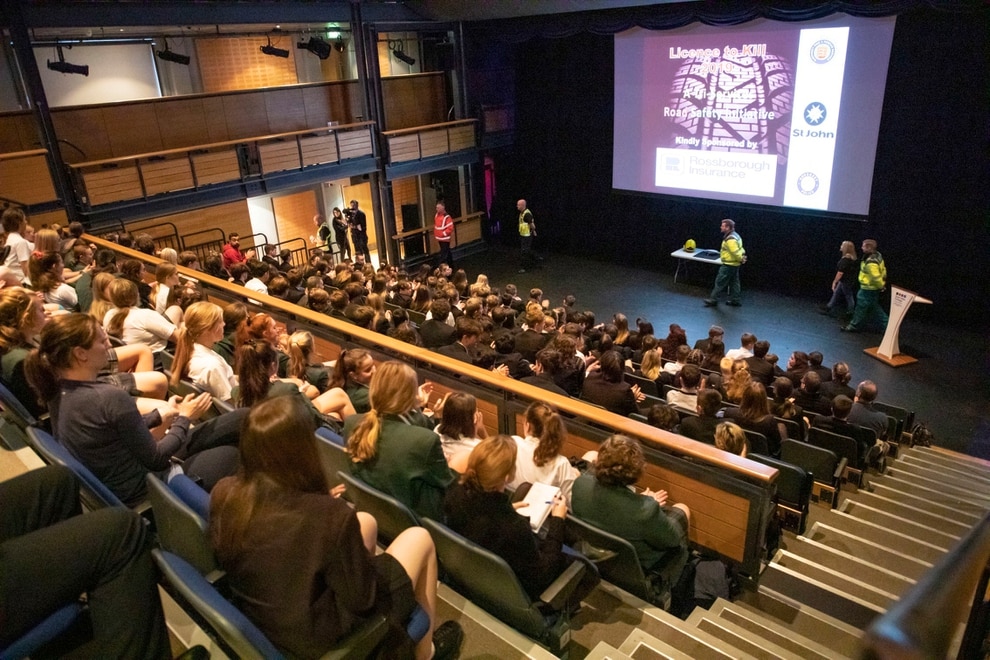 Year 11 students in the Princess Royal centre for the Performing Arts for this year's Licence to Kill presentation.(26093404)

The road safety presentation, Licence to Kill, was delivered to nearly 700 students, with members of Guernsey Fire & Rescue Service, Guernsey Police and St John Ambulance discussing the potential lifelong ramifications a single bad decision can have for everyone when behind the wheel of a car.

St Sampson’s student Ben Page attended the presentation and said he would take the message to drive safe away with him.

‘Being here today and listening to what the emergency services had to say, and especially the mother who lost her son, was really emotional, it really did affect me.’

Becci Hey, whose 20-year-old son Josh Bryant was killed in a car crash over seven years ago, gave a talk during the presentation.

‘I wanted to raise awareness and educate young drivers and potential drivers,’ she said.

‘The driver lost control and hit a tree. Josh was killed, but the driver survived.

‘There is a ripple effect, the aftermath, it affects everything and everybody.’

She added that doing these talks allowed her to talk about her son and keep his memory alive.

‘What I want the students to take away from this is that it can happen to them, they are not invincible,’ she said.

‘When I do these talks, students are affected, there are tears, hopefully it makes them think and realise these things do happen.’

The annual tri-service talk was also open to members of the public, allowing the safe-driving message to reach a wider audience.

St John emergency medical technician Jim Cathcart said he hoped that people would take away that message from the presentation.

‘As clinicians we deal first hand with the sometimes horrific injuries which result from car crashes,’ he said.

‘Some here today may have found it difficult and others have left, but for us it is not an option.

‘This presentation, although hard-hitting, allows us to show young people with their whole lives ahead of them the impact of a single bad decision can have on them, their friends and their family.’