Picture by Sophie Rabey. 01-11-10. New Aurigny ATR in action, arrives from Gatwick today. Catching up with passengers on how they enjoyed the new aircraft. L-R Tania Shires, Annabelle Shires (8), Hugo Shires (10) and Sam Shires, a local family who have returned to the island. (26230485) 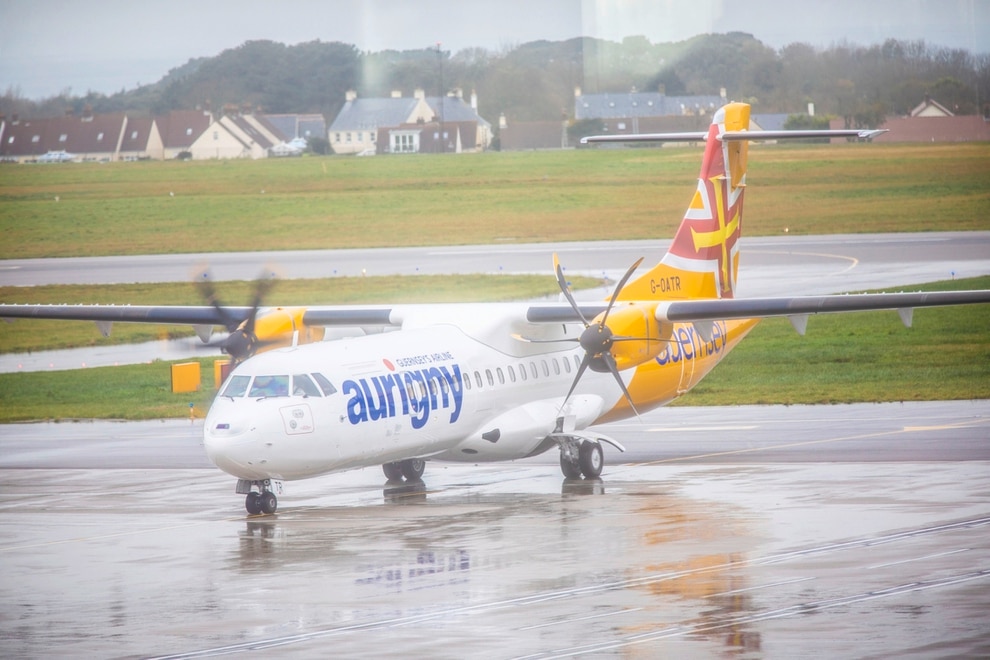 Picture by Sophie Rabey. 01-11-10. New Aurigny ATR in action, arriving from Gatwick today. Catching up with passengers on how they enjoyed the new aircraft. (26230482)

G-OATR made its inaugural passenger flight on Thursday. The aircraft carried 61 passengers on the 4.25pm service to London Gatwick. All the passengers received a goody bag and one passenger won two return Aurigny tickets.

Sally Le Maitre’s name was picked at random to get the prize.

An airline spokesman said the flight had gone very smoothly and the aircraft would now be operating as part of the airline’s ATR fleet.

G-OATR is the first of three new ATR 72-600’s Aurigny has purchased with new fog-busting technology.

The new technology is unlikely to be used before next year after a training period.

The plane arrived on Friday 25 October.

This week it was flown to Southampton on Thursday afternoon, without passengers, to break the aircraft in, before operating its first passenger services.

The service was relatively quiet yesterday morning as the plane touched down in Guernsey from Gatwick.

Among the people on board were locals Sam and Tania Shires with their children Hugo, 10, and Annabelle, 8.

They said they noticed little difference between the new plane and older ATRs, although Annabelle had said it was a shame that the puffin motif had been removed from the tail design.

‘Hopefully the technology will be useful in the future,’ Mr Shires said.

Kaja Riedle, 20, was visiting the island from Germany for the first time. ‘It was a great plane,’ she said.

The States has guaranteed a $60m. loan for three new ATRs.