SOME of Guernsey’s strongest men and women took part in a two-event Strongman competition on Saturday. 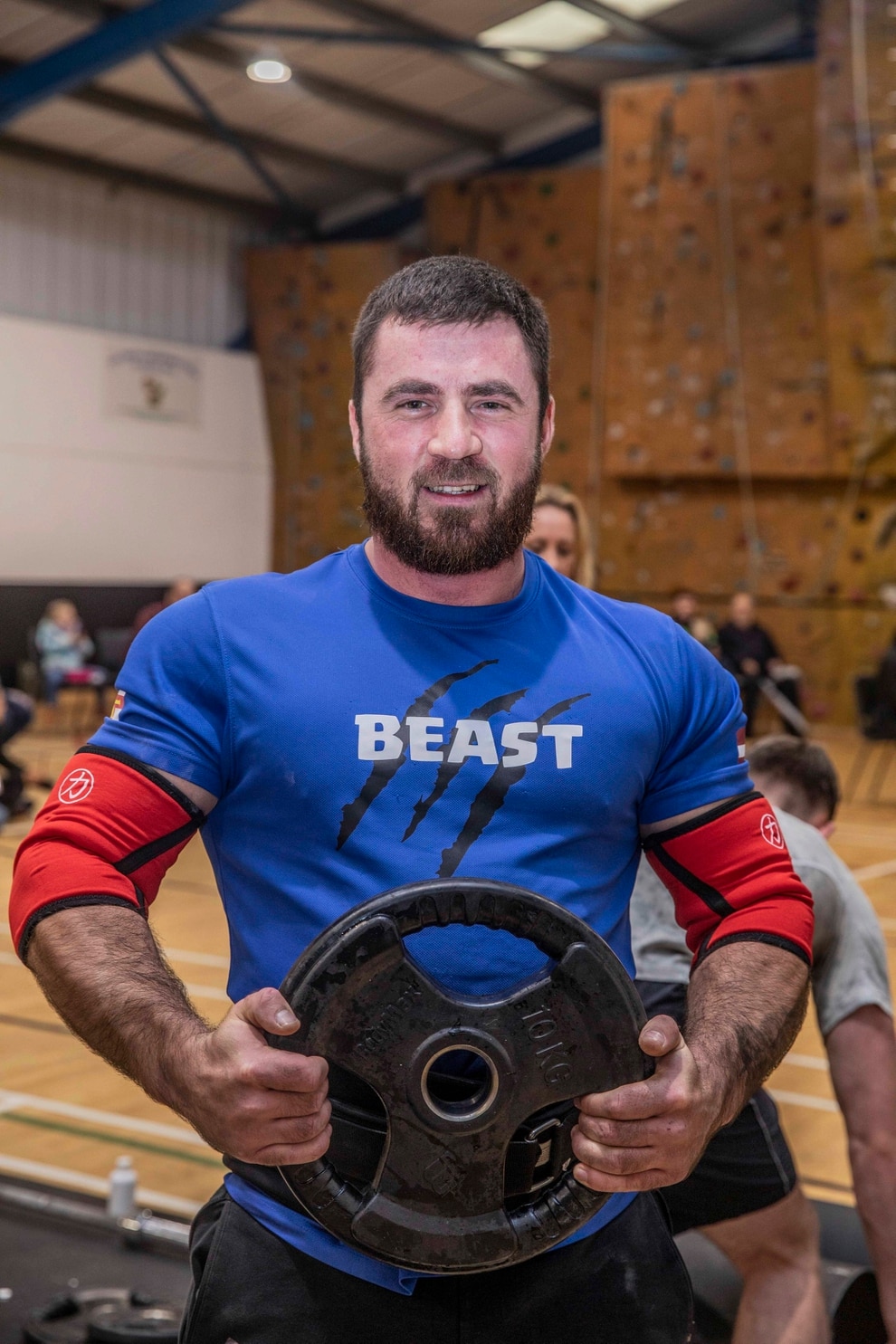 The event was held at Rue Mainguy and had a reduced number of lifts for participants to take on in order to encourage newcomers.

‘For the last couple of months we’ve been running single events to give people a feel for lifting.’

‘We’ve not done the Conan’s wheel in a long time, so that will be a very fair competition for everyone taking part.’

Lifters from Jersey and Herm and islanders who had not competed before took part in the competition and Ms Girard hoped it encouraged more men and women to get involved with Guernsey’s Strongest Club.

‘It would be great to see the sport grow. We’re not affiliated to any UK Strongest Man club but we all play by the same rules.

‘These on-island competitions have inspired four people to take part in UK competitions.’

The club is independent from gyms in the island and the lifters train in their preferred centres.

Raivis Bazjuks competed at the Suffolk Strongman competition in May where he came first and qualified for the UK novice final, in which he placed fourth.

‘I have been doing strongman competitions for two years.

‘I like it because there’s a lot of events that you can do and you need a lot of passion to be able to move the heavy weights.’

He said he would love to have more islanders taking part in the competitions.

‘You have to start somewhere so the Guernsey ones are a great tester with one or two events for you to do.

‘It’s also a great show for the spectators.’

n More information on the club and events is available on the Guernsey’s Strongest Club Facebook page.