A VERY rare flint, which has lain undisturbed in a St Peter Port garden for more than 7,000 years, has been discovered by local archaeologists. 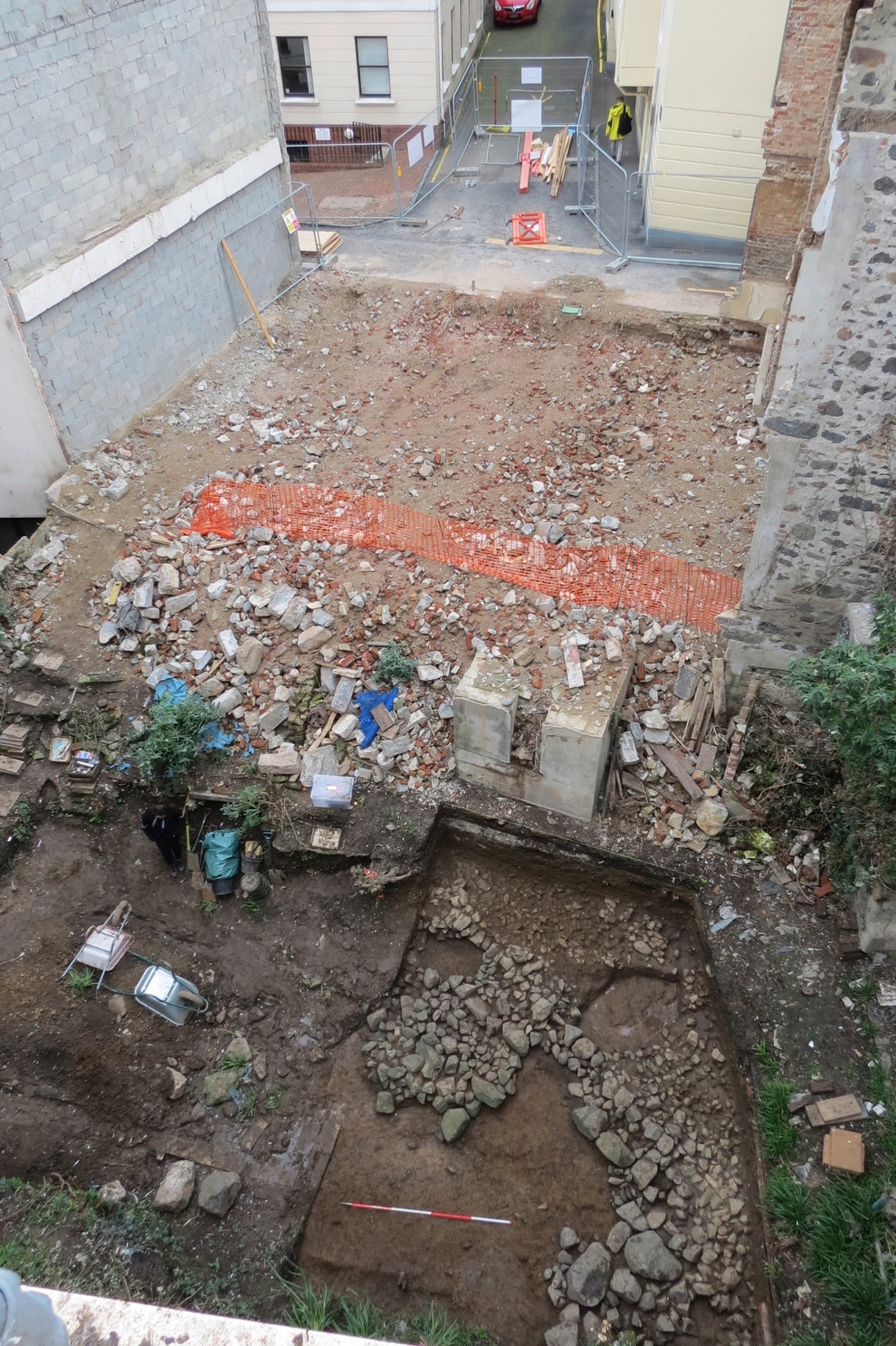 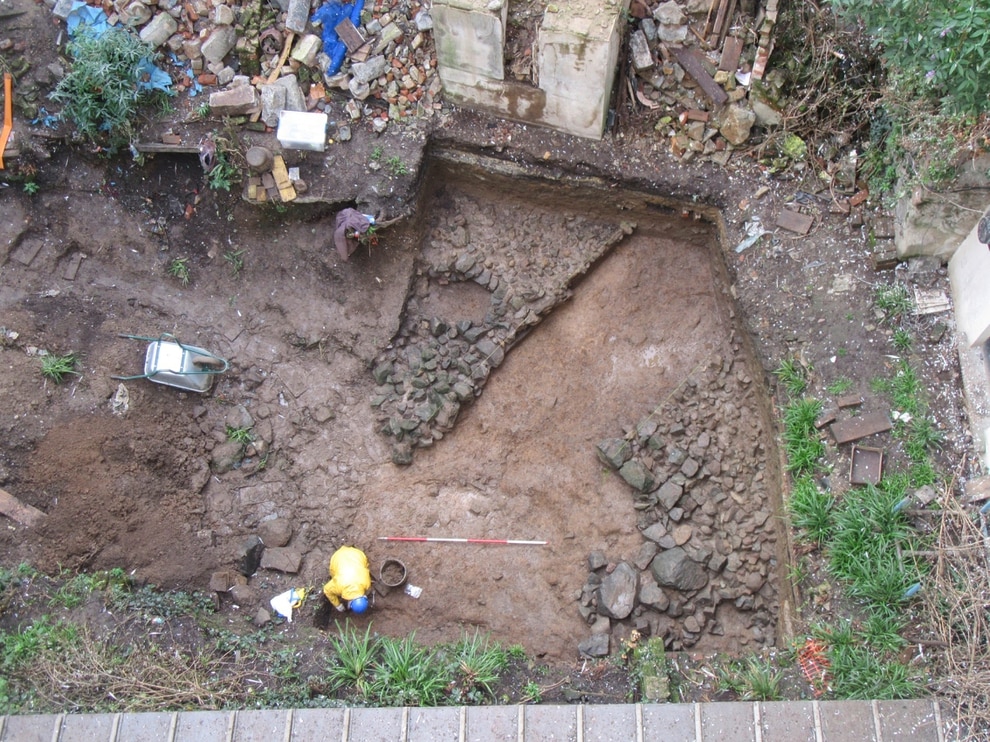 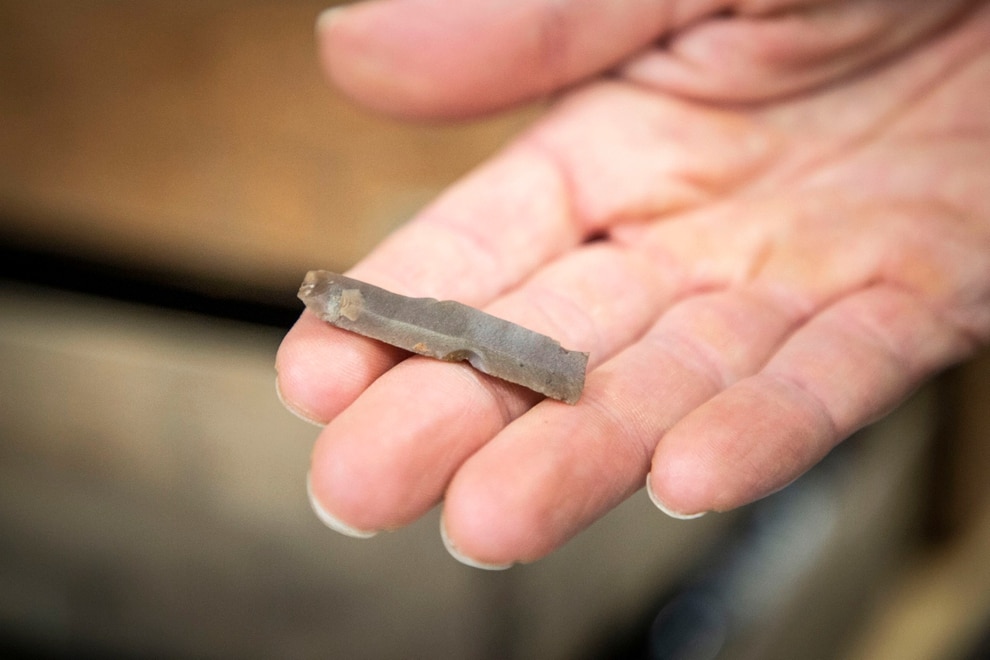 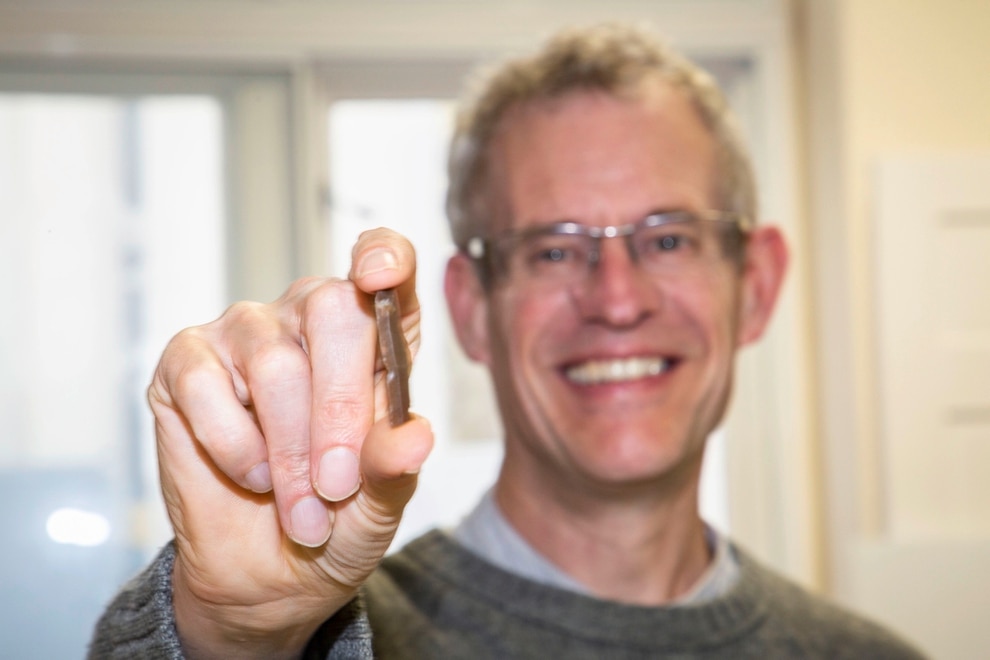 States archaeologist Phil de Jersey with one of the finds from the Lower Canichers site. (Picture by Sophie Rabey, 26294967)

The find came as part of a four-week dig in the Lower Canichers, where two houses by The Swan pub have been demolished to make way for a car park.

The site was of interest because it is one of the few remaining undisturbed spaces in Town.

A mysterious line of stones, with stony ground behind, was the focus of the dig, but unfortunately States archaeologist Philip de Jersey said they had not gleaned many answers.

‘I honestly don’t know what it is,’ he said.

‘If I had to guess, it’s a low stone wall that’s been built with stones behind it to build a platform. We did think some of the stones had tumbled from the wall, but now it seems like they were put there deliberately.’

The stones have been worked and date back several thousand years.

They are a few metres below modern ground level.

‘It is comparable in date to what we found at the Royal Hotel site nearby, which was early Neolithic.’

The stones were surrounded with very early pottery – about 100 pieces were recovered. Just below the stones was the dig’s most exciting find – a very early Neolithic flint.

‘Only a few pieces like this have ever been found in Guernsey. It has been used, but the point has been broken off, so they might have discarded it. It is still quite sharp.’

At the time the flint was being used people were just giving up their hunter-gatherer lifestyles and were starting to settle. The flint could have been used for cleaning skins or cutting meat.

Several pieces of charcoal were also found and will be dated.

Dr de Jersey said while they still had no firm ideas about what the site was for, it was worthwhile digging the site and recording what was there.

He was not sad to say goodbye to the site, however. The area was very popular with pigeons and had very poor drainage.

‘We had to sponge or bucket out the site after it rained, but we had to give up working on several occasions, because it got too slippery and dangerous,’ he said.

‘The pigeons were the worst thing about it. With the smell and feathers and other pigeon products – they were everywhere.’

The site has now been handed back to the developer, but they will be building above the archaeology, so the site could be dug again in future.

Dr de Jersey said while most of Town was now developed, it was likely that early sites were sometimes deep enough to have survived development and one day could be rediscovered.