EDUCATION, Sport & Culture yesterday responded to teacher union survey findings of widespread discontent by saying the number who had considered leaving their job in the past year was ‘broadly in line’ with national figures.

It cited a YouGov survey of 3,019 education professionals by the charity Education Support.

That found that 57% of all educational professionals have considered leaving the sector over the past two years.

The local survey by the NASUWT said that 69% said they had seriously thought about leaving their job in the last 12 months, up from 64% in 2016, while 54.7% had seriously considered leaving teaching altogether.

Job satisfaction locally was down to 42% being happy with their work from 60%.

And 82% did not agree with the two-school model, echoing concerns from the NEU.

Education said that in practice there was not an increasing trend in teachers leaving their profession – the number of resignations in 2018/19 was down on the previous year.

‘We are confident that as we work with professionals in schools to implement the new model of education agreed by the States in 2018 and 2019 we can do more to address many of the concerns currently being raised by teachers and support staff,’ said committee president Matt Fallaize.

‘For example, the preferred operating model for the new colleges, which requires further discussion with staff, includes changes to marking policies, the curriculum and investment in digital technology, all of which could help to reduce any unnecessary aspects of teachers’ workload.

‘Many of the issues raised in the unions’ recent surveys are about the operation of the new colleges and require further discussion between school leaders, teachers and support staff before anything is finalised.’

Teachers are concerned about the facilities and lack of space at the new schools.

‘There are some elements of the new model which are fixed. For example, secondary education being delivered in two 11-18 colleges and the footprint of the new buildings because these are determined by the budget limit already set by the States.

‘However, many of the issues raised concern matters which are yet to be finalised. I am certain that one of the main issues causing concern is the transition of staff from four schools into two colleges.’

Education has made a commitment that there will be a teaching job for all existing teachers who want one.

‘In the preferred structure for Lisia School, time staff spend running enrichment activities would be included as part of their standard teaching allocation rather than being voluntary,’ said Deputy Fallaize.

‘This would ensure a fair allocation of workload across all staff and reduce workload for those who currently offer students additional opportunities, for example after school.

‘Students and teachers would continue to benefit from relatively generous staff ratios by continuing to operate a policy of smaller class sizes than is typical in England. They will also benefit from the greater flexibility available to larger schools.’

Liz Coffey, executive head teacher of Lisia School, said: ‘It is a priority to help teachers and school leaders reduce their workload and we have taken a number of actions to do this. ‘Any application process for roles in the new colleges will involve full and proper discussions with unions and professional associations and will use established and fair procedures. The appointment of teachers to roles will be phased. This work will commence as soon as possible and be concluded as swiftly as possible.’ 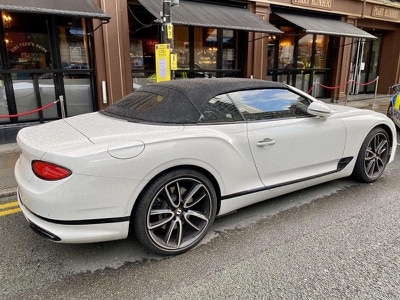