The heat is on for students cooking up competing dishes

INSPIRED students have been taking part in the Rotary Young Chef Competition this week. 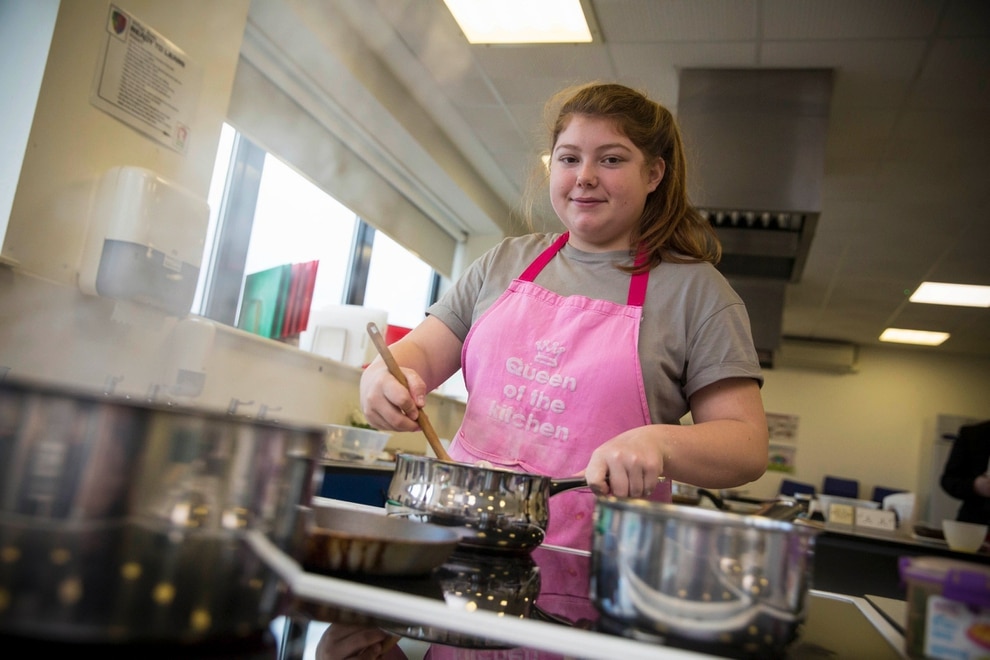 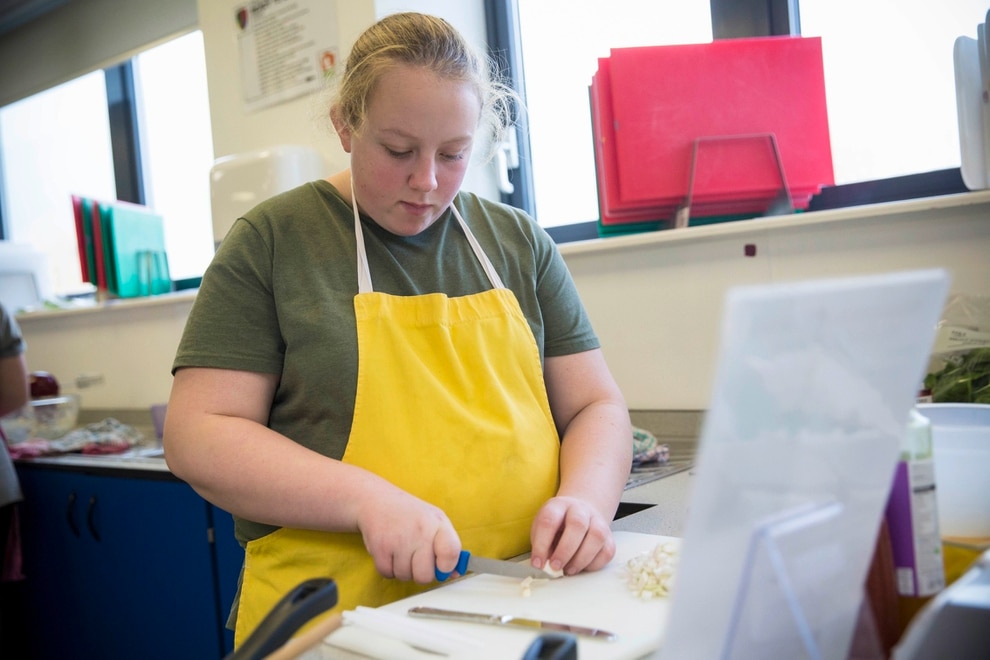 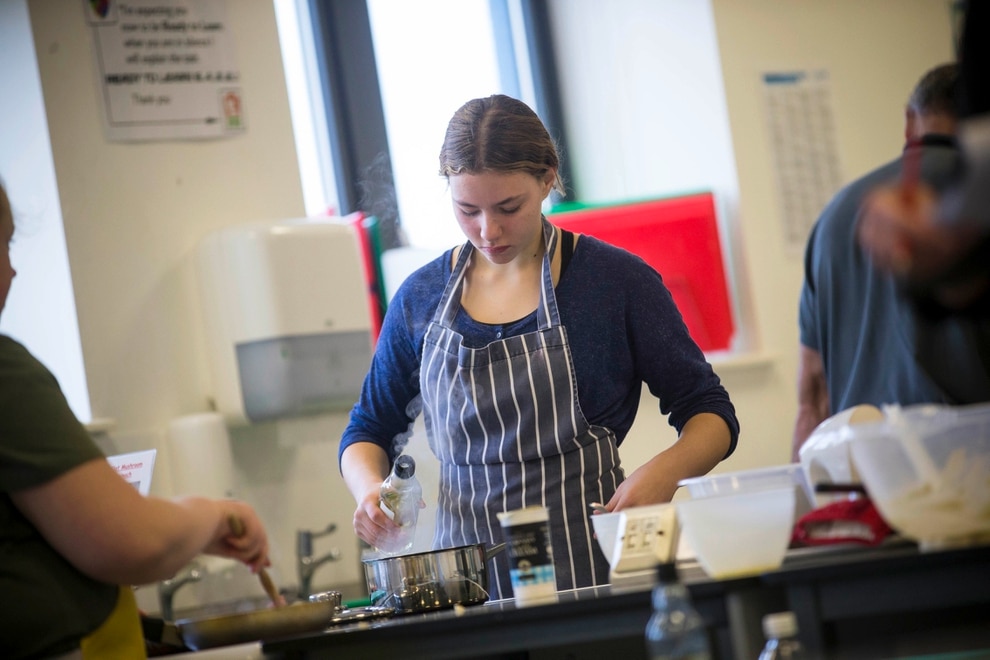 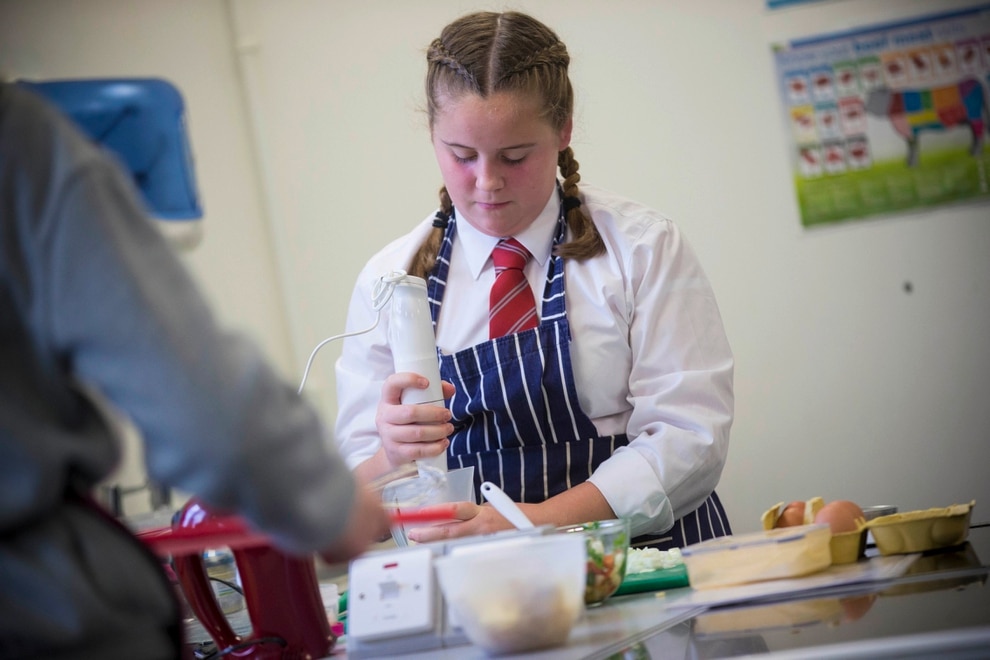 Organised and promoted by Rotary International in Great Britain and Ireland, 14 students from eight different schools from around the Bailiwick have been taking part in the cooking competition, which aims to inspire students to take up a role in the struggling hospitality industry.

Michaela Cosheril, 14, from St Anne’s School in Alderney, who had an eventful trip over after her initial flight was cancelled, said she was having fun.

‘I’ve been a little nervous,’ she said.

‘I think I can win though, I’m making a butternut squash soup and orange chicken.

‘I’ve made it for my mum and have been perfecting it and she has said it’s really good.’

Students have two hours to prepare and present a healthy two-course meal comprising starter and main course or main course and dessert for two people and costing less than £15.

‘Guernsey is currently struggling to employ chefs and other hotel staff, leading to the closure of catering establishments and hotels,’ he said.

‘A number of us want to address this situation, so our aim with this competition, alongside other schemes we are planning, is to introduce and develop an interest in these careers to students aged between 13 and 16, to produce home-grown talent to study this subject and go on to work in this industry.’

‘We want to challenge the stigma around working in the hospitality industry,’ Mr Byrne said.

‘It’s not a 70-hour week, it’s a rewarding career with progression.

‘We would love to encourage more students to get involved.’

Guernsey’s final will be held early in December. 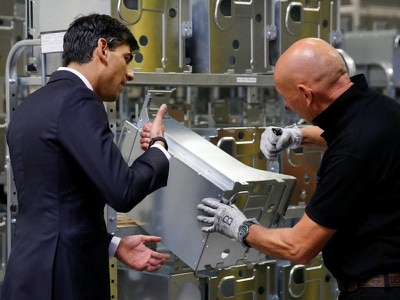