Annual Round Table Christmas fayre is given great support

A HUGE number of people turned out for yesterday’s Round Table Christmas Fayre, which featured an array of home-baked cakes and mince pies and even saw Santa himself make an appearance. 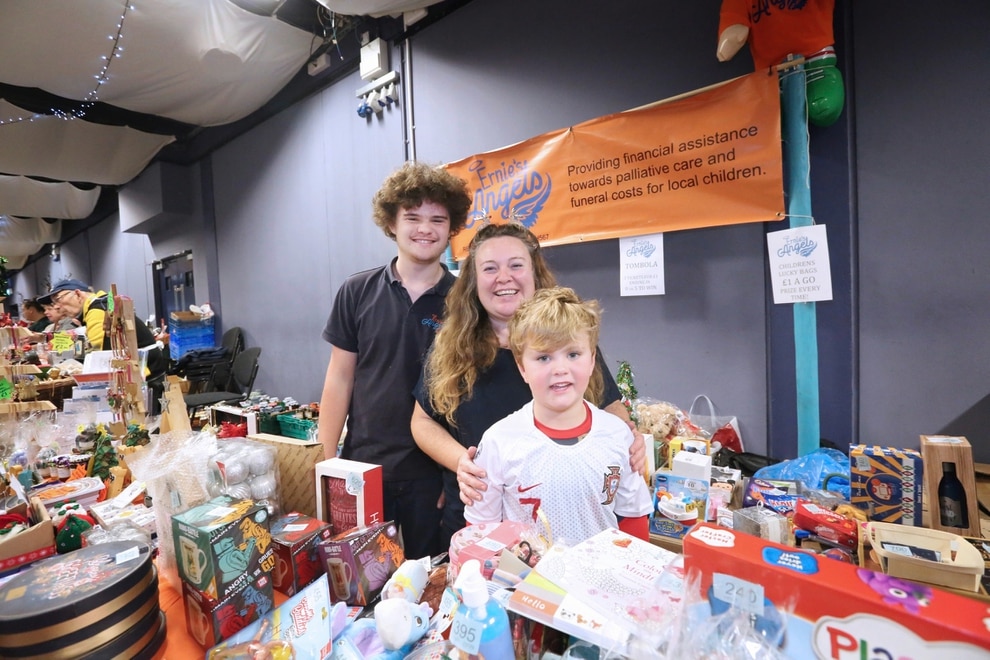 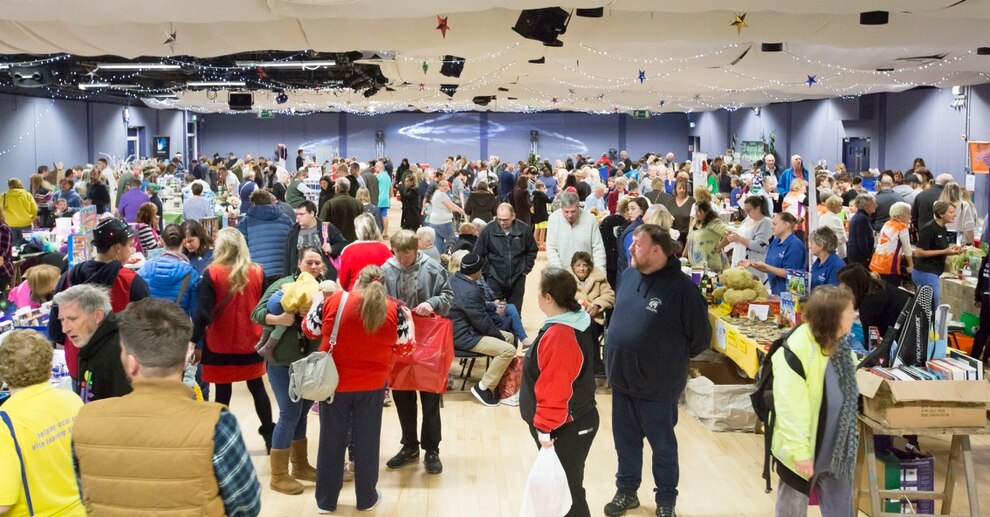 There was a queue of people waiting for the doors to open for the Round Table Christmas Fayre, which was as busy as usual. (Pictures by Adrian Miller, 26382064)

Numerous local charities set up stalls at the event, with many visitors impressed with what was on offer and the community feel of the fayre.

Ernie’s Angels’ Fiona McIntosh said they had set up a stall to both raise money and awareness of their charity.

‘Our family set up this charity in his memory, because we realised through our experiences with Ernie that there was no hospice care for children on the island.

‘The money we raise today will be put towards the cost of bringing some giggle doctors over to bring joy to children, who might be ill or simply scared of hospitals or dentists.

‘Then we also are hoping to decorate a quiet room for doctors to speak to parents about difficult subjects in – this is something they currently do not have.

‘We’ve got lots of hand-crafted items, such as Christmas decorations and it’s crammed here, so hopefully we’ll be able to raise a lot of money.’

More than 60 charities took part in this year’s event, including the GSPCA, Multiple Sclerosis Society Guernsey and Samaritans Guernsey.

Guide Dogs Guernsey branch also had a stall, with volunteer Nicole Moss pleased with the number of people who had come to support them and other charities.

‘It’s going really well, there were even queues at the door this morning to come in,’ she said.

‘It’s brilliant to see because the money raised today will go into funding the training of the guide dogs for people with sight loss to enable them to have greater mobility and independence, enriching their lives.’

One of the winners at their tombola was Yvie McIntosh, 10, who won a big dog soft toy and a small one for her friend.

‘It was my birthday the other day too, so this is like an extra birthday present,’ she said.

‘I’ve been having a really good time.’

Every year the fayre, organised by the Guernsey Round Table, sees around 3,000 people visit and raises around £25,000 for the local charities.

Organiser Roy Bisson said it was down to the feeling of community spirit that pulled it off each year.

‘People beaver away for months creating the gifts, Christmas decorations and baked goods that are on sale today,’ he said.

‘Every stall has a different story and a fantastic amount is raised for the charities.

‘People get a lot of pleasure out of coming here.’

Guernsey Round Table thanked Beau Sejour staff and RG Falla for their time and part in helping to get the fayre ready.