THE new person charged with keeping Guernsey’s history alive for future generations has called the job ‘a huge privilege and an exciting challenge’.

Helen Glencross is the new acting head of heritage services, taking over from Dr Jason Monaghan, who retired recently.

The job has a huge remit, overseeing Castle Cornet, Fort Grey, Candie Museum, the German Naval Signals Headquarters, and more than 80 other historic sites that come under the Guernsey Museums umbrella.

One month into the job, Mrs Glencross has been taking stock, meeting people, getting feedback from staff and hearing the ambitions of the public.

The island already has an international reputation for having one of the best museum networks in the world, and Mrs Glencross aims to build on that success.

‘Always we’re looking at new ways of finding new audiences and further engagement with the public, whether that’s visitors to the island or the local community, because we want to be a community resource, somewhere that the public wants to come and wants to see what we’ve got, and get involved in the work that we’re doing.

‘So I’d like to see us build on that, and it’s a case of working with the curatorial team and developing new exhibitions.

‘Largely next year is already planned, but it’s keeping that rolling programme of exhibitions going and making sure we’re coming up with new things for the public to come and see.’

Guernsey’s museums and historic sites have long shaken off the perception of dusty old fortresses protecting the prestigious collections of rich people in glass cases and ‘do not touch’ signs.

These days the focus is on being relevant, accessible, approachable, and welcoming.

In particular there’s a lot of importance placed on reaching out to schools.

‘We’re building foundations with very young children because the museum is the sort of place to go that’s interesting and it’s fun, so it’s building on that connection.’

On the top of Mrs Glencross’s ‘to do list’ is this winter’s re-roofing of the marital quarters at Castle Cornet.

Longer term, one of her team told her recently that he would like to digitise the collections, which would be a whole new way of recording and could reach a much bigger audience.

Mrs Glencross has been the historic sites curator at Guernsey Museums for the past 12 years, so she knows the territory well.

With a graduate degree in medieval history and a master’s degree in heritage management, she is well qualified for the challenges ahead.

She said the best part of her new job is the team she works with.

‘It’s a real privilege to have this position because we have wonderful staff, they are so motivated and knowledgeable and experienced, it is lovely to work with them, and I hope I can do my best for all of them.’ 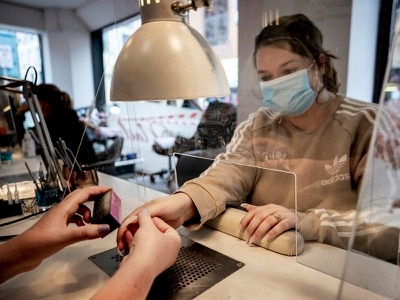