THANKS to the power of the Guernsey Press and never giving up on the search, missing cat Lucy and owner Angie Gallienne have been reunited after four months. 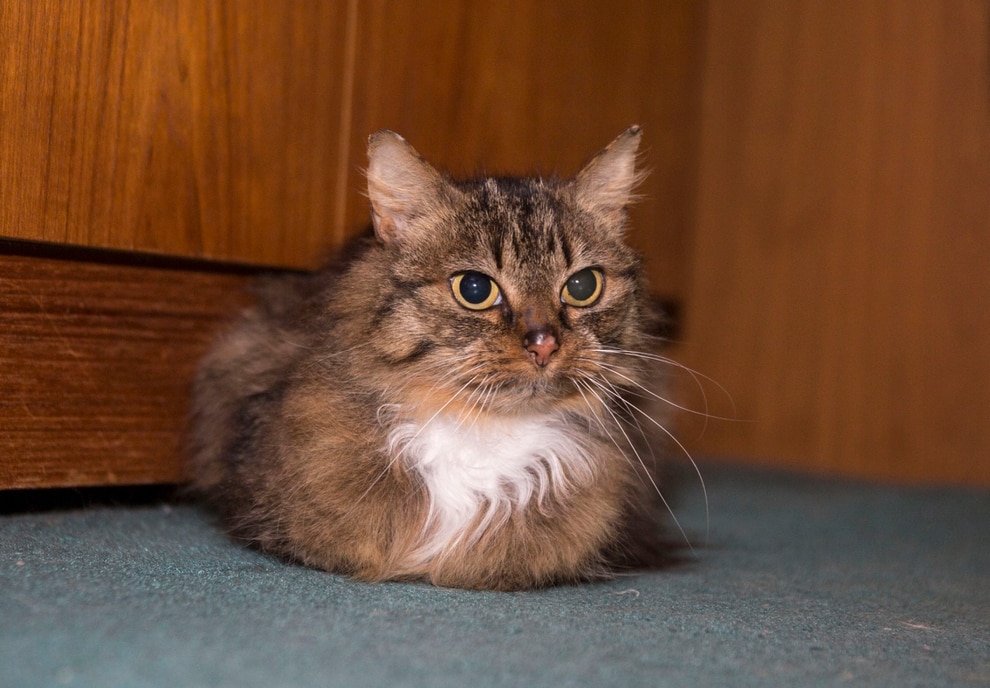 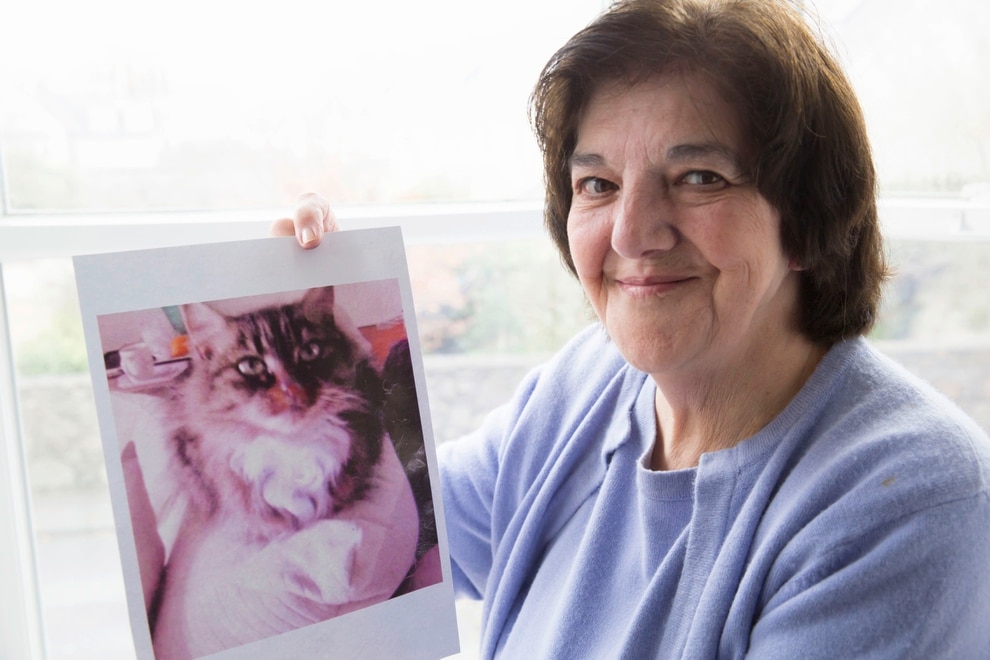 Lucy was not being co-operative when the Guernsey Press turned up to report on her return. Owner Angie Gallienne is holding a picture of her cat who was missing for four months. (Picture by Adrian Miller, 26376135)

She went missing on 6 July after jumping over the wall at her home in Belmont Rise in St Peter Port at about 8.30am.

‘It’s marvellous to have her back,’ said Mrs Gallienne.

‘Initially I was dreading seeing her after so long, because I was worried how she’d be. She’s lost a lot of weight and has not stopped eating.

‘In fact she was found because she was eating food left out for hedgehogs in a back garden, she must have been so hungry.

‘She is a little nervous and timid and when I first got her back, she went straight to her bed at the back of the stairs, but after about 20 minutes she came out and I’ve since been able to cuddle and stroke her.’

After paying for adverts to find her missing pet for months, the Guernsey Press began providing them for Mrs Gallienne free of charge in the hope that it would eventually bear fruit for the dedicated owner.

Mrs Gallienne, who has had Lucy since she was 18 months old, and has another three cats in her home and a dog, thanked the Guernsey Press, and Sue Vidamour and Marianne De La Mare from Animal Aid, for keeping the search going and helping catch her, as well as the gentleman who found her.

‘I’d had lots of people ringing me trying to help,’ added Mrs Gallienne.

‘Nearly every day I was out there looking for her, so to have received so much support has been really heart-warming, it’s been such a joint effort in finding her.

‘I even cut out every advert I put out for her. As you can imagine it was quite a big pile after four months, I’m delighted she’s here now.’

Mrs Vidamour, who helped catch her through the use of a feral cat trap, said Lucy’s return gave other missing cat owners hope.

‘Finding Lucy made our day,’ she said.

‘We’d been out looking even when Mrs Gallienne wasn’t aware, we didn’t want to constantly get her hopes up.

‘I gave her a call when we had her and said Happy Christmas and she just knew.’