GUERNSEY is once again importing renewable and low carbon electricity from France with the newly-laid GJ1 cable now operational. 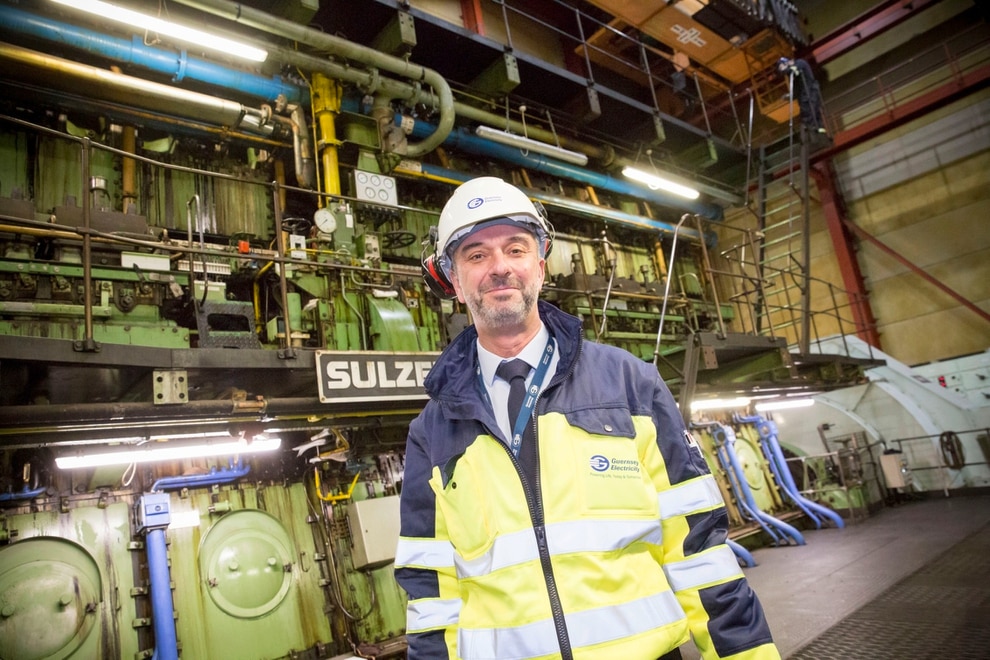 Guernsey Electricity chief executive Alan Bates said that having the cable link again meant that the electricity the island uses is more reliable and energy efficient.(Pictures by Adrian Miller, 26414496) 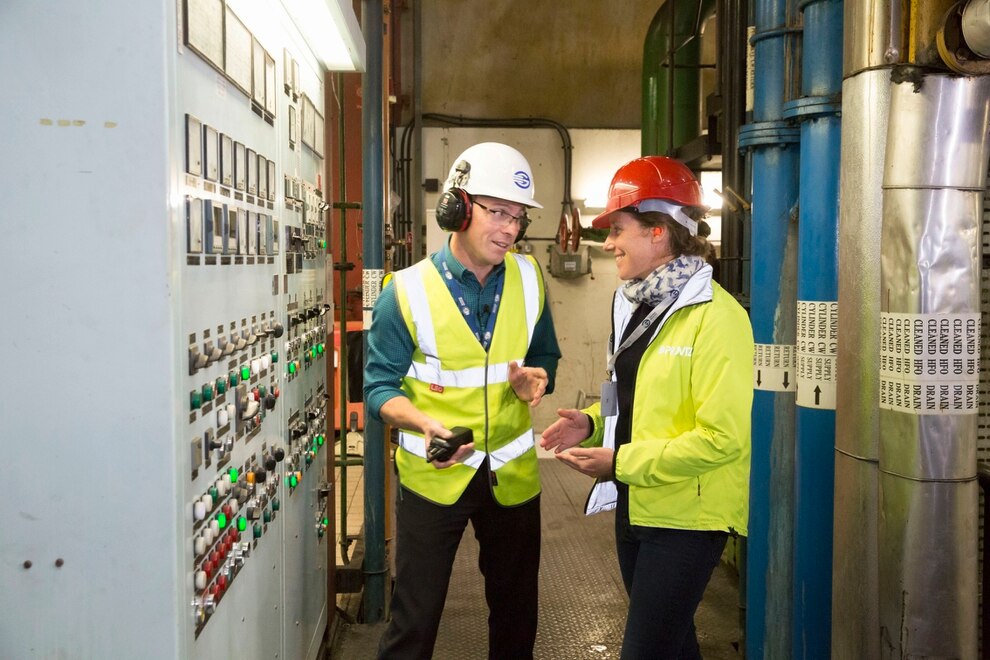 Environment & Infrastructure member Deputy Lindsay De Sausmarez performed the symbolic switching off of the 1C engine, which was commissioned in 1979. She is pictured with head of generation Jon Sexton. (26414492)

It also means that yesterday one of the oldest engines in the power station, the 1C engine commissioned in 1979, could be switched off.

Guernsey will return to importing 90% of its electricity from renewable and low carbon sources.

GE’s chief executive officer Alan Bates said the new cable was a step towards a decarbonised island. ‘A number of things make the replacement of this cable hugely important,’ he said.

‘It ensures that the electricity we receive is more reliable and energy efficient and although this engine may be used in future, it will probably only be used for about 50 hours in the whole year, which is significantly less.

‘Now that it is in place, we’re looking forward to the power station only being run in times of peak demand, such as winter, and for homes and businesses to again be powered by renewable and low carbon energy.’

This was estimated to be around 50-100% more expensive than importing the electricity, said GE’s head of generation Jon Sexton.

‘Personally, and as a company, we need that connectivity to Europe,’ he said.

‘It’s extremely important to have these links so that we are able to look to the future and enable us to decarbonise energy use on the island.’

To mark the commissioning of the new cable link, Mr Bates was joined by Environment & Infrastructure president Barry Brehaut and member Deputy Lindsay De Sausmarez, who officially switched the engine off.

Deputy Brehaut said it was good to see energy use and generation evolving.

‘As politicians we talk about decarbonisation and climate change mitigation and to be here today is really good to see that come alive,’ he said.

‘It’s part of the bigger picture and hopefully in the future when we have the cable to France we can decommission more of the engines here.’

In terms of raising tariffs, GE said though the price would likely increase it would do so in bursts.

‘It is up to the regulator what and when the increase would occur,’ Mr Bates said.

‘Depending on the conclusion of the Guernsey energy policy, we may need to commence significant investments.

‘We would, however, make sure the impact on our customers would be observed and would make the rise in increments, to enable them to get used to it.

‘This is something though that will be discussed next year.’

No hint of bias if cynics to be proved wrong