FAR removed from their regular field of research, Laurie Waite and Dr Donovan Hawley were quite taken aback when the Bronze Age burial mound they thought they were unearthing turned out to be a Napoleonic field kitchen. 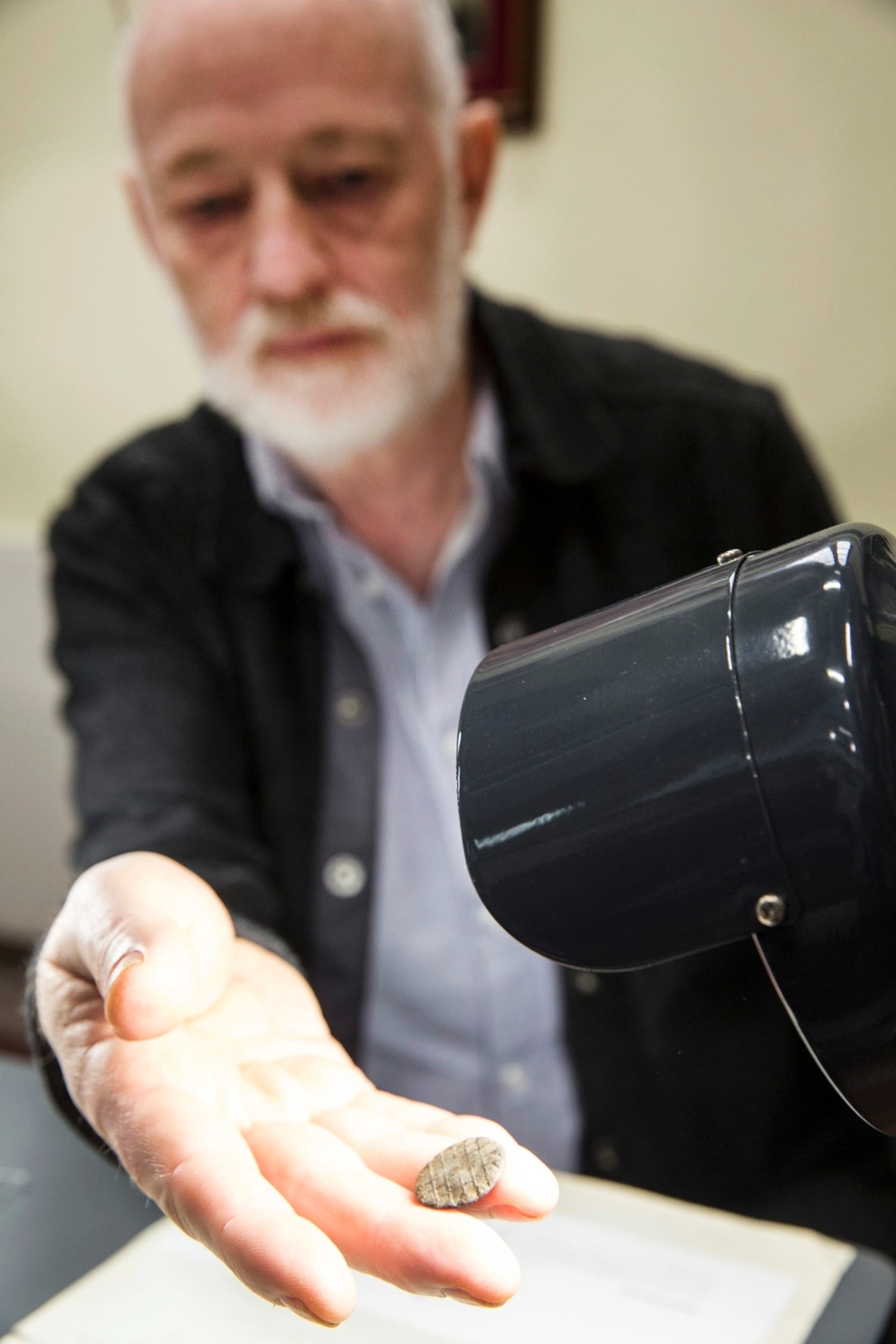 Pic by Adrian Miller 25-11-19 Guernsey Archive Clifton Antiquarian Club members. A rare Napoleonic era army camp has been discovered during a dig on L'Ancresse Common. Dr Donovan Hawley looking at a button that was found. (26462376) 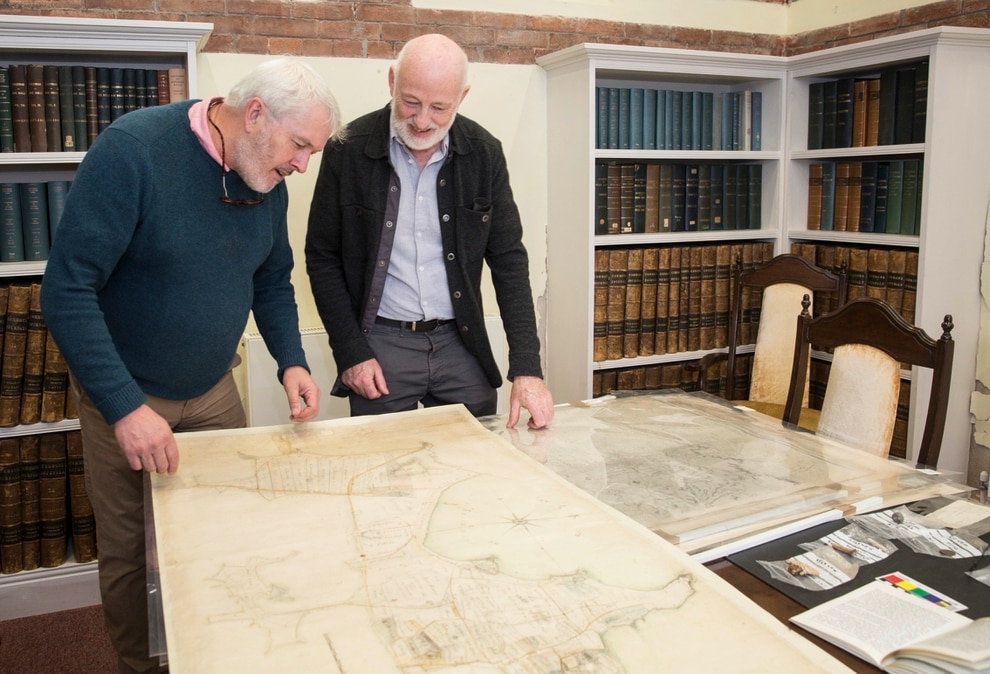 The pair from the Clifton Antiquarian Club, based in Bristol, had been invited by the Vale Commons Council to the site on L’Ancresse common, which locally had long been thought to be a prehistoric burial mound.

However, upon excavation, the layers of history buried beneath the common proved very modern in comparison to initial assumptions.

‘A piece of clay pipe was found, which is initialled on both sides. This particular clay pipe could only be manufactured between 1803 and 1815.

‘Radio carbon dating was not totally exact but provided a good indication the site was established in the first decade of the 19th century. Then a third piece of evidence, a decorated button cover which is actually quite intricately detailed and dated again from the early years of the 1800s.’

The Clifton Antiquarian Club deals predominantly with prehistoric discoveries and the unearthing of a site only just over 200 years old came as a surprise to the pair.

‘When the Commons Council invited us to see the mounds we came under the assumption that the long-held local belief the mounds were some form of Bronze Age burial site.

‘Even when we began pulling up finds of no prehistoric origin it still took about a week to re-orientate our thinking to what we were unearthing,’ said Dr Hawley.

The field kitchen sites are a rarity, with Dr Hawley’s research showing that there are just four excavated sites anywhere in the world – there are now four known to be in Guernsey.

One location was determined through the use of allied reconnaissance photography taken during the Second World War which clearly indicates the mound-shaped kitchen.

‘When we begun to excavate first we went through a lot of golf balls, found a mystery lead item which metal detectorist, Shane Le Page, posted on Facebook to find out it was a lead weight from an old wooden golf driver, and we also found a large amount of German 792mm ammunition cartridges which came from Leipzig,’ added Mr Waite.

The early 1800s were a time of heightened tension across the British Isles as an invasion from Napoleon’s forces was a constant threat.

Research found that the field kitchens were all constructed to the standard 12-hearth British Army design.

The dig found a circular ditch around eight metres across and clear signs that those constructing the catering facility had heaped the spoil in the centre which created a metre-high mound.

Around the circle 12 separate hearths would be found, lined with stone and atop the mound the dark sections of peat show where it was removed to first create the ditch.

Each hearth would feed one tent and each tent held 10 soldiers with 12 hearths that is 120 men per kitchen.

Mr Waite said that in the early 19th century there were as many as 3,000 troops garrisoned on the common camping, parading and training in preparation for Napoleonic invasion.

These were not just British troops, but Prussian, Dutch and virtually any faction opposed to Napoleon.

The pieces discovered in the dig are now being processed by Guernsey Museums where they will reside.