A VERY poorly seal pup has been taken into care by the GSPCA. 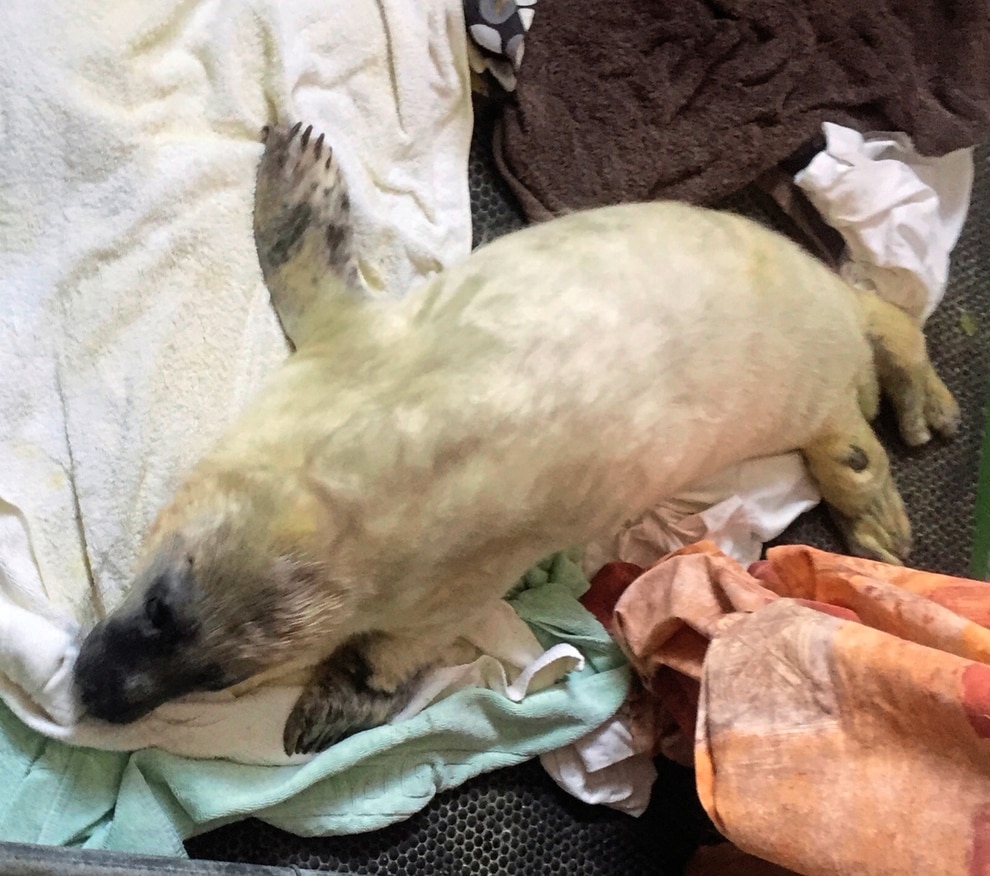 At only 12kgs in weight, the pup, which has been named Crash, was only a quarter of the weight he should be for his age and there was no mother seal in sight.

'It is likely that all this bad weather has separated the pup from its mother,' Mr George said.

If Crash had not been rescued, it is thought that he would not have survived on the west coast.

To stabilise the pup, the GSPCA are providing round-the-clock intensive care with regular rehydration every two hours.

Mr George said: 'The pup is tiny and only 12kgs making it one of the smallest ever grey seal pups we have rescued.

'It’s early days for Crash but we are doing everything we can for this very sick young grey seal pup.'

The GSPCA still have one seal, Andy, in their care from last season. He has had a number of issues and the team are working hard on his rehabilitation.

GSPCA manager Steve Byrne said Crash was a very lucky pup to have been rescued.

'At only 12kgs Crash should be closer to 40kgs so we now have to work day and night to get him back to health.

'We were hoping for a quiet seal pup season as we really want to start our Wildlife Hospital Build in the New Year so we can vastly improve our wildlife facilities and we are appealing for support not just to help towards this much needed build but also for the seals in our care.'

Mr Byrne said a healthy seal pup should look like a fat maggot. Seals with skinny necks and ribs showing are likely to have been separated from their mothers and suffering.