ASTONISHED that the people of Guernsey do not own the land at the Little Chapel, several islanders have raised concerns over plans for the site.

Following the reveal of the Little Chapel Foundation’s plans to enhance the site and improve biodiversity, access and information around the chapel, several islanders raised concerns at a consultation drop-in over the weekend.

Castel resident Doreen Wells said she was ‘horrified’ that the consultation for the planning application has only a few days left.

‘It seems like these plans are being rushed through, and for a lot of us I don’t think we knew the extent of the plans until we read about them in the Guernsey Press,’ she said.

‘I was very surprised to hear that the Little Chapel Foundation owns the chapel and the land around it and get to make all the decisions. I thought it was gifted to the people of Guernsey.’

She agreed with many of the concerns raised by the Guernsey Guild of Accredited Guides about the site becoming over-commercialised.

‘The paths and roads they want to alter would also cut off Martyn [Guille and the clockmakers] at the end of the road.’

‘How can a handful of people [from the foundation] make all these changes? The people of Guernsey have not been consulted whatsoever,’ he said.

‘This development is being rushed through. I don’t understand how the Catholic church can allow it.’

As a taxi driver, Mr Gorvel regularly brings visitors to the chapel and said they are always impressed with its uniqueness and say they hope it is left alone.

‘When I bring Americans here they say ‘if that was in the US it would be a Disney park by now’, and they always say ‘don’t spoil it’.

‘If you were sat here and there were toilets and structures and glass screens and picnic areas it would ruin the chapel and all it represents.’

The general consensus of many people at the consultation was that they wanted the plans halted and a public meeting be held to discuss the future of the site.

There to answer questions on Saturday was LCF trustee Anne Rag and the project’s architect, Andy Merrett.

Ms Rag said: ‘The main thrust of this [development] is to enable disabled access.

‘We also want to increase biodiversity at the site and create more opportunity for learning about the chapel and its history.’

In response to whether she thought the foundation was representative of what the people of Guernsey wanted with the site, she said there had to be a legal entity to own the site and they stepped in when the chapel was in disrepair.

‘It was about to slide down the hill,’ she said. ‘So the land was conveyed to the foundation so they could fundraise to save the chapel. Days like this help us to realise what the people of Guernsey want.’

Mr Merrett said it was understandable that there were concerns around the change.

‘These plans are all about getting easy access around the grounds, I think some people think the plans go a little too far but there is still the opportunity for them to make a representation to the planning department.’

One gentleman’s reasons for concern was that after visiting the site for 70 years he did not want to see too many changes to it.

Mr Merrett pointed out the foundation’s involvement saved the chapel from falling down, they have spent half a million pounds on it since taking ownership and the latest plans were only improvements they hoped islanders and visitors would benefit from.

‘From my point of view, I’m happy for a delay to talk about the plans at a public meeting if that’s what people want,’ he said. 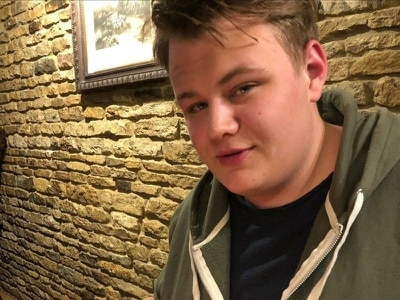