Southend route will be missed, but not by many

ONLY six people got off the soon-to-be axed Blue Islands flight from London Southend on Saturday afternoon.

It appears the route, which will cease next Monday, will be missed as passengers look at other options.

One of those who got off the flight, Steve Lines, said that although the recent news that Blue Islands’ franchise partner, Flybe, had been saved was great to hear, the loss of some of Blue Islands services was worrying.

‘I’m returning on the Sunday flight, so luckily it doesn’t finish until the day after,’ he said.

‘It’s such a shame - I’m glad Flybe was saved, but to hear this service and the Liverpool route have gone is not the best.

‘Coming from Kent, Southend was better than going to and from Gatwick, but it is another option and I have previously used it.’

The move comes following the recent uncertainty over Flybe, which operates other routes to and from the island.

Both the London Southend and Liverpool Blue Islands routes were described by the airline to not to be financially sustainable.

There were, however, suggestions on what could be done to the ‘unsustainable’ Guernsey-UK route.

‘In the UK we would suggest nationalising it,’ said Coral Lines.

‘The public should take ownership and its shareholders should not receive large sums of money, rather the profits should go back into the services.

‘I understand though this flight only had six people on it, so maybe it wasn’t worth retaining it.’

A spokesman for Economic Development said the committee was disappointed the services had been suspended.

‘We understand both the London Southend and Liverpool services generated healthy passenger volumes in their first season, which demonstrated potential,’ said the spokesman.

‘With seven new scheduled routes being announced, and six trialled during 2019, it was inevitable that some of these routes would be found to be unsustainable.

‘However, the committee is surprised that these should include London Southend and Liverpool, which appeared to be attracting reasonable demand in their first seasons.

‘Economic Development is confident that in the long term, operators will take positive advantage of the opportunities offered by the 2018 introduction of the quasi open skies policy in a commercially sustainable way, and that the policy will help deliver the committee’s objectives to improve the affordability, reliability and connectivity of air travel for local residents and visitors to Guernsey.’

The spokesman added the introduction of quasi open skies had allowed airlines to test new routes unencumbered by unnecessary bureaucracy during 2019 and it had helped to increase passenger movements through the airport by 6% last year, after decades of declining numbers. 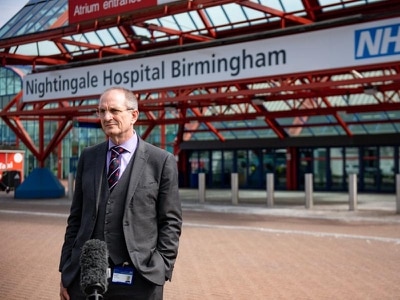