ONE of the last of a dying breed of somewhat eccentric Guernsey characters has died having made a major contribution to charity, culture and the arts in the island. 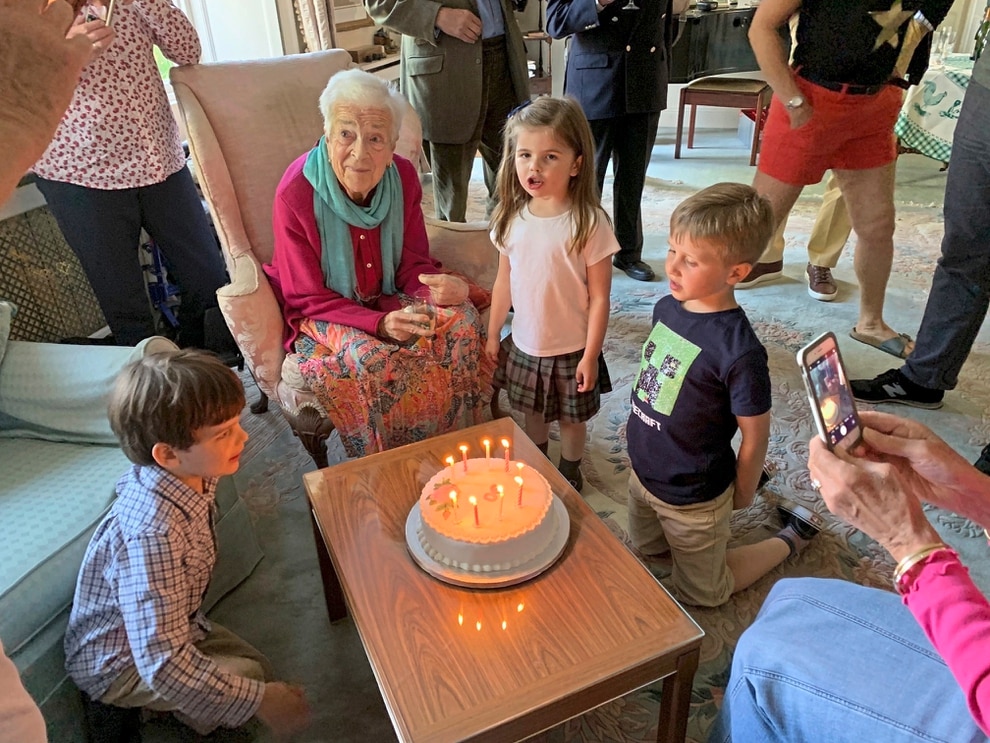 Younger members of the family singing happy birthday at her 90th birthday party. (26936330) 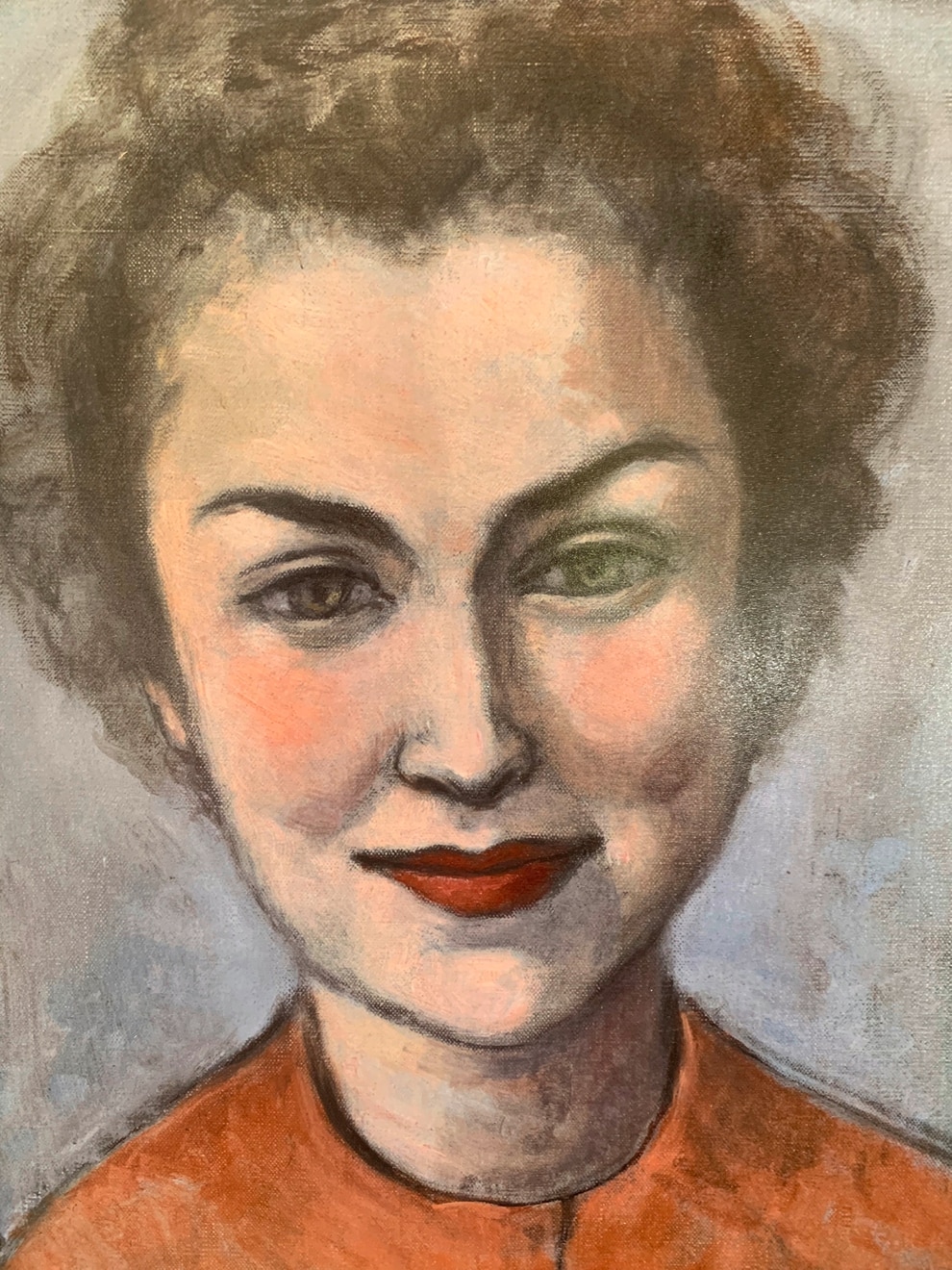 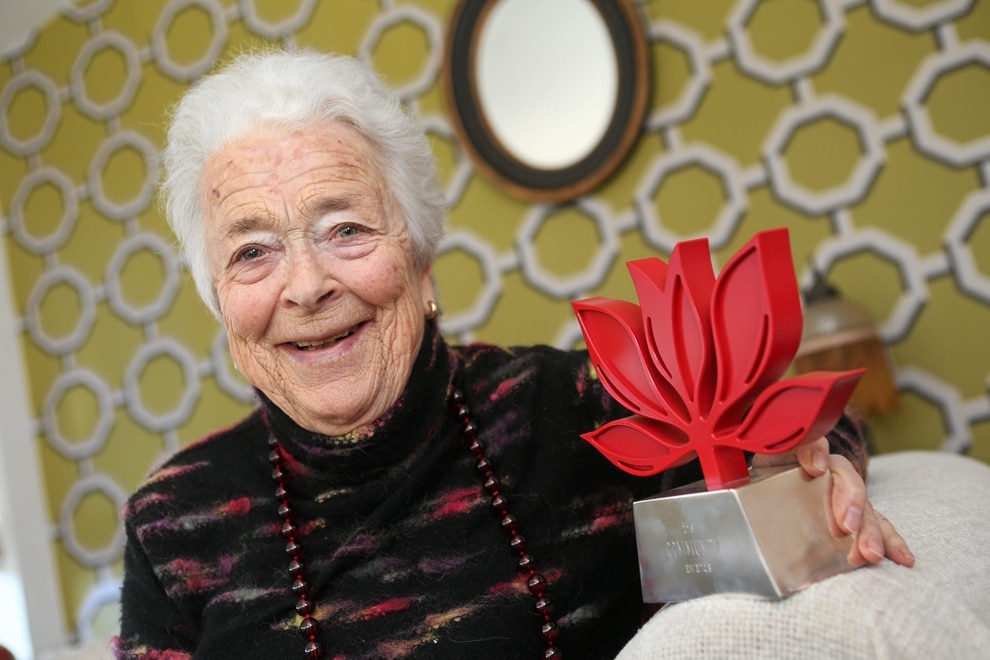 Liz Head, who was 90, was part of the Sarnia-stocracy. She was forthright and a little bossy and she said things as she saw them, sometimes using a colourful turn of phrase.

During her vivacious life she had a passion for the arts, worked for the secret intelligence service, travelled the world, associated with the rich and famous and attracted a multitude of friends of all ages, to whom she was devoted.

Self-described as Marmite, she once admitted in a Guernsey Press interview, ‘I’m not terribly good at pretending if I don’t take to someone’.

Elizabeth Anne Brousson was born in Guernsey on 10 May 1929 and spent the winters of her early life in Menton, South of France, where she joked that she was weaned on red wine. Her upbringing was shared between her mother and her nanny Edna Le Feuvre, a Jersey woman who she ‘cherished’ and who took Liz and her sister Jane everywhere with her, even when she went on holiday.

Her father, Lt-Col Frederick Brousson, was government secretary for 11 years, and fulfilled a pivotal role during Guernsey’s Occupation. He served acting Lt-Governor and Bailiff Victor Carey before he was deported to Biberach. Prior to that he fought in the Boer War and he was at the front line for most of the Great War.

During the Second World War, Liz and Jane were evacuated with their mother Eileen, who abandoned them at Tudor Hall School, near Chipping Campden, Gloucestershire – a tactical move to ensure that they were offered places there despite it being full.

Liz also attended Ladies’ College, then in the Grange, while the Brousson family split their time between Rohais Manor and their villa on the Riviera, which had been bought by her grandfather, William Walter, founder of the Walter Property dynasty, in 1920. In the 1970s it was demolished to make way for stylish apartments where, until as recently as 2018, Liz continued to entertain assorted family and friends over a month-long trip each autumn.

She has been described as generous and extravagant in her hospitality, always picking up the tab, spirited and lots of fun, yet quick-tempered, even fiery. She couldn’t sit still and relished organising her party of house guests – her 90th birthday in May last year was celebrated with no fewer than three parties.

Liz was very close to actor Peter Ustinov and his father, the diminutive Jona von Ustinov, something of a playboy known as Klop (Bedbug in Russian). He was of Russian, Polish, Jewish, German and Ethiopian descent, became a British citizen and worked for M15, as did Liz for a while, and was the subject of Peter Day’s book, Klop: Britain’s Most Ingenious Secret Agent. He and Liz first met in Switzerland where she attended finishing school in Lausanne before working in a patisserie in Neuchatel in 1946.

She became part of London society and the National Portrait Gallery archive reveals that her photograph appeared in Tatler magazine in December 1949, the same issue as the Duchess of Kent and Margot Fonteyn. Her picture was taken by Robert Freeman, who famously shot many of The Beatles album covers and the whole of the first Pirelli calendar.

Back in Guernsey, Liz worked as a reporter for the Guernsey Press and was married, briefly, in 1948 to Henry Crosborough Hencham. She moved to Fleet Street in the early 1950s, writing features on prestige properties and stately homes for Woman’s Journal and Home.

She then married Geoffrey Head in 1963, having met him during a cruise to South Africa, and the couple lived in Pensax, Worcestershire, until they settled in Guernsey in the early 1980s in a house on the sharp bend of Le Mont Saint hill. She once entered a float in the Battle of Flowers created with asters from the field behind the house.

Characteristically restless, she launched Pensax Patchwork – a group of crafty women – which she recreated in Guernsey, opening a shop at Oatlands, an art collective run by Tony Rix and Nick Wheadon.

Liz continued writing, as Elizabeth Brousson, travelling widely to visit and describe beautiful buildings, including a memorable trip to India as a guest of the government.

Her interest in the arts was expressed as early as 16, when she organised a performance at the Central Hall Little Theatre called Out Of Time and featuring a cast of 40. A review described Liz as ‘a stick of dynamite’.

Artist and former Guernsey resident Eric Snell recalls she was passionate about art and culture.

‘There was enthusiasm in everything she touched and got involved in but at the same time if there was an “elephant in the room” she would draw your attention to it. Some people saw her as quite a challenge. She was super intelligent with a curiosity for everything and showed great enthusiasm for life and young people,’ he said.

Among the enterprises she supported were the Guernsey Festival in the late 80s, the arts course at Grange House and the Artists in Residence programme which brought Antony Gormley to Guernsey. Liz never missed a students’ final year show, was keen to talk to the young artists and encouraged them by buying work and commissioning art for her house and garden.

She championed the National Art Foundation in Guernsey.

A natural networker, Liz was a one-woman Locate Guernsey before it was ever conceived. She loved throwing dinner parties for newcomers to the island, introducing them to her friends and aiding their transition into Guernsey life.

She had no children but many godchildren and she loved spending time enjoying the energy and opinions of young adults, while she found younger children harder to relate to. She admitted that she had a tendency for referring to friends’ new babies as ‘it’.

In 2014 she was recognised for her Outstanding Individual Achievement at the Guernsey Community Foundation Awards, for her work for causes including the Guernsey Alzheimer’s Association. She had helped to care for her sister Jane, who suffered from the condition for 20 years until her death in 2017.

‘I really am thrilled. I have had so many cards from people congratulating me... maybe they were just happy to hear that I am still above ground,’ she said.

When Liz suffered her first stroke five years ago she was worried that she might need to leave Le Mont Saint and go into residential care. Her cousin Catharine Walter and friend Andrew Ozanne set about helping her by establishing Team Liz which grew to include close trusted friends Vera Tracy and Rupert and Elizabeth Evans, Connie’s Carers and James Drysdale, her loyal carer for four and a half years. Andrew undertook power of attorney on the strict understanding that his only payment would be Liz’s friendship and trust, which he describes as ‘priceless’.

Liz Head lived a good life and she had a good death – in her own home, pain-free and peaceful with James at her side.

Catharine Walter said: ‘I shall miss her a lot because she was my link with the past. She knew all of the older generation.’

Unions back ‘pause and review’ requete