ST SAMPSON’S douzaine has outlined a series of objections to Education’s planning application to extend the school as part of secondary transformation plans.

The parish held a public meeting to gauge parishioners’ thoughts before penning its response.

It has objected unanimously to the planning application ‘on account of its size and scale and the lack of credible mitigation of improvements to the existing road traffic infrastructure’.

The douzaine spells out where it believes the application is in breach of both the land planning and development law and the Island Development Plan.

‘The application has no site selection study detailing why this site is preferable to other sites which are better suited for access and road infrastructure,’ the douzaine said.

Much of the douzaine’s objections concentrate on traffic.

‘When the existing school was opened 10 years ago a one-way system was hastily implemented without consultation. This resulted in major congestion at several junctions, dangerous contraflow cycling and pedestrian lanes designated only by painted white lines,’ the douzaine said.

‘As the proposed increase in pupils is 110%, it is reasonable to assume the increase in traffic will be approaching 110%. Traffic previously taking pupils to the Grammar School will now be moving in the same direction as St Sampson’s High School traffic thereby increasing congestion.

‘The added catchment area that the planning application omits is the area of the Vale detached towards Grandes Rocques, increasing traffic through junctions to the north-west of the school. The traffic impact assessment supporting this application is flawed.’

The TIA by Arup says the application will be traffic neutral after mitigation measures, they said, but the douzaine disagrees.

‘The TIA proposes what they call drop-and-stride points. All points proposed are in already congested, difficult to access areas, some way from the school.

‘We understand the applicant does not own any of the land at these points and has no agreements with any of the landowners at this time. This initiative will not resolve traffic problems, it will simply move it to other already congested areas.’

The douzaine questions the assumption that a large number of pupils will use buses, pointing out that the TIA overestimates the capacity of local buses.

St Sampson’s says it is bizarre to ignore the impact at the Halfway junction where there is already queuing.

‘These roads are already unsafe. The report does little to address this except for La Vieille Rue and aims to encourage and increase pedestrian/cycle use.

‘The risks will be further aggravated by the extension of the school day to 4.05pm resulting in pupils walking and cycling in the dark during winter months.’

The report considers some housing development expected in the areas, but omits others which total 201 dwellings, 69 of which are already being built.

‘It became apparent at the public meeting that Arup were unaware of the two horse riding schools and several stables in the area. Both riding schools being very close to the school campus.’

They noted that the new build is 38% of the existing building.

‘This is to provide teaching space for an additional 787 pupils which is an increase of 110%.

‘We understand that Les Murier School requires additional outdoor space. The plans propose to double the number of pupils and reduce the outdoor space by 5,000sq. ft to accommodate the new build. Does this mean ES&C will transport pupils by bus to other sites?’ 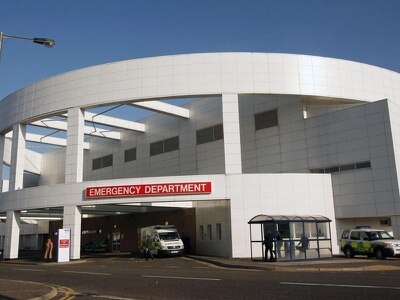