PERSUADING an array of islanders, including the Bailiff and States members, to appear in a music video, saw a speech and language therapist receive a special award from the president of Health and Social Care. 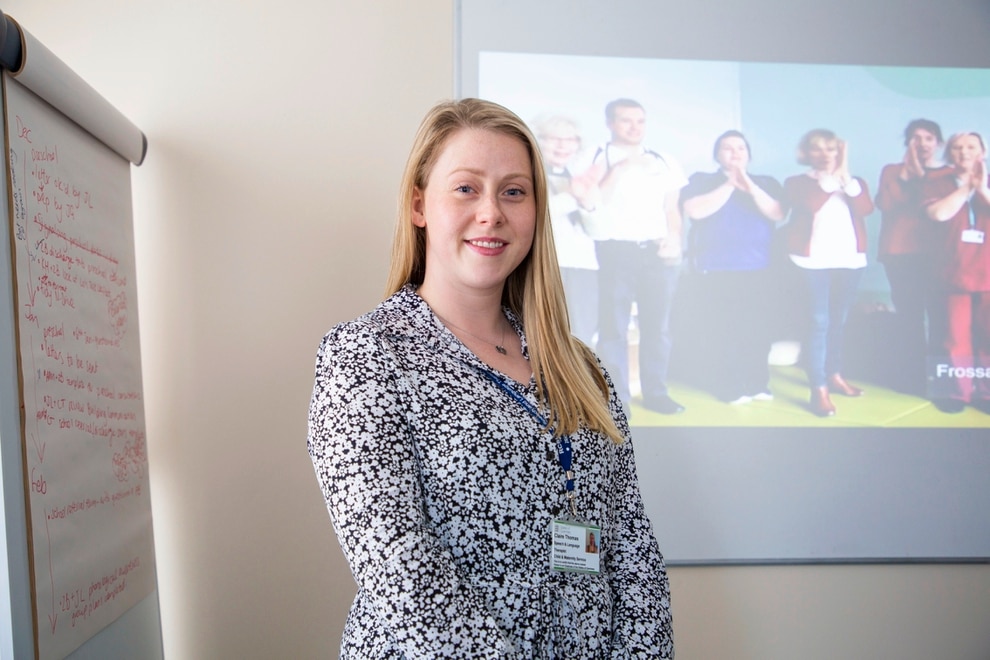 Speech and language therapist Claire Thomas created a video that promotes the benefits of ‘signalong’. Basic sign language is used alongside the song This is Me. Health and Social Care president Heidi Soulsby presented the team who made it with the ‘president’s award’ at the HSC Awards. (Picture by Sophie Rabey, 26983833)

Claire Thomas took the song This is Me from The Greatest Showman and recorded several groups of people using Signalong to perform the track.

The resulting video featured school children, prison officers, teachers and pupils, hospital staff as well as politicians and the Bailiff mouthing the words, signing and even dancing at some points.

Signalong is described as focusing on developing communication skills rather than teaching blocks of signs.

At the time, she was doing some Signalong training with pre-school staff and she got them to sign a couple of lines from This is Me, and that was the catalyst that set her off on her project.

‘I spoke to my manager Kate Trow and said I really wanted to do this and she was really supportive,’ said Mrs Thomas.

Financial support was provided by the States’ Service Guernsey initiative.

Letters were sent to an array of States departments asking if they would be interested in ‘doing a bit of a project’: ‘I had more people come back to me than places I had to offer,’ said Mrs Thomas.

Eventually 12 groups were selected to appear, and over the following months Mrs Thomas paid them a visit and spent half an hour teaching them how to sign specific lines from the track before they were videoed.

The media side of the project was handled by Warren Mauger from Spike Productions, which produced the edited video.

Since appearing on the States YouTube channel and Facebook the clip has been viewed more than 8,000 times.

Mrs Thomas was present at the recent HSC awards evening, having been nominated for the Emma Ferbrache award for her efforts.

But before getting to that point, she discovered that she had won the President’s Excellence Award: ‘It was a real surprise when Heidi [HSC president Heidi Soulsby] started to describe the winner and I realised it was me,’ she said.

‘She even signed ‘‘congratulations’’ which was very thoughtful of her.’

Deputy Soulsby said that Mrs Thomas was a worthy winner and her achievement raised the bar for the future.

‘Asking what States members, school children and prison officers have in common sounds like the start of a bad joke but it was actually the start of a brilliant idea by Claire,’ she said.

‘I was really delighted to take part and the fact Claire also managed to get the Bailiff and committee presidents to come together and Signalong was worthy of an award in itself, although it does show that some of us have more rhythm than others!’

Mrs Thomas said she was grateful to everyone who took part: ‘I wouldn’t have been able to do it without everyone’s enthusiasm for the project,’ she said.