It’s 'official' – we are sunnier than Jersey

LATEST statistics have shown that Jersey’s claim to be the sunniest place in the British Isles is in doubt, with data from 2019 suggesting that the sun shines more on Guernsey. 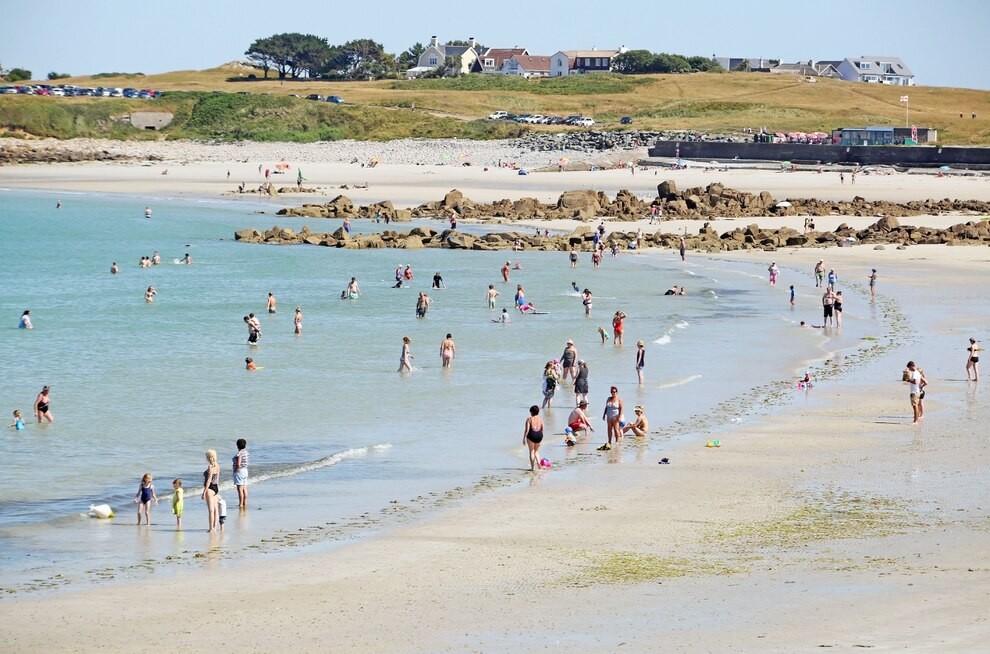 The Met Office at Guernsey Airport recorded 1,875 hours of sunshine during 2019 and the figure at Jersey Airport lagged behind at 1,781 hours.

However, Jersey has another recording site at the elevated Fort Regent leisure centre, and at this spot 2,298 hours of sunshine were recorded.

Fort Regent is high up on the south coast of Jersey and has far-reaching views to the horizon which would boost figures at the beginning and end of the day. It has raised the question of whether Jersey is being a bit cheeky in using the Fort Regent figures and not its airport data.

A spokesman for the Guernsey Met Office said there was no definitive answer on which island is the sunniest because it varies from year to year and a lot depends on cloud cover and fog.

The marketing strapline of ‘sunniest place in the British Isles’ has been hugely successful for the biggest Channel Island. However, by comparing like with like at the two airports, Guernsey emerges as the clear winner in the sunshine stakes.

Deputy Joe Mooney is the tourism lead on the Economic Development committee. He thought it was an interesting analysis and added that Guernsey already had a very authentic offering.

‘Guernsey people are definitely much warmer and we’ve got sunnier personalities.’

Nearly 900mm was recorded in Guernsey, compared with 1062mm in Jersey.

However, Guernsey still cannot lay claim to the hotly contested title of sunniest place in the British Isles, because East Malling and Manston, both in Kent, and Shoeburyness in Essex, all pipped it to the post.

Jersey has some history of stretching the truth on its climate record. In 2011 there was a weather-related spat between Jersey and the Isles of Scilly.

Officials from the archipelago off the coast of Cornwall threatened to make a complaint to the Advertising Standards Authority because of the £1m. television adverts in which Jersey called itself the ‘warmest place in the British Isles’.

The Scilly Isles took umbrage because it had staked a claim on the warmest place slogan it also argued that Jersey was not part of the UK.