West coast is in the firing line again

THE west coast is in for another battering during the next two high tides. 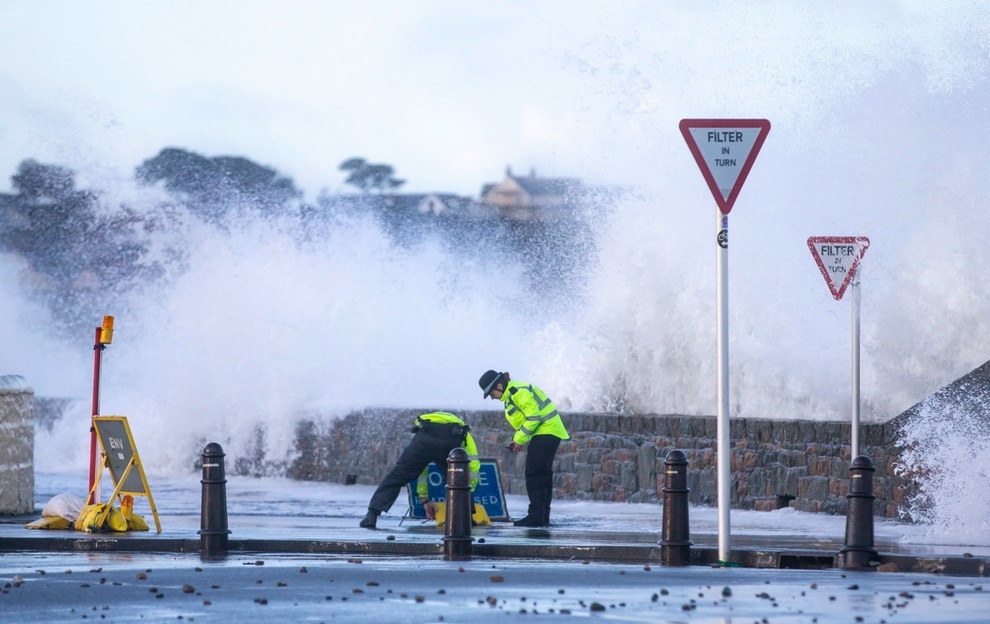 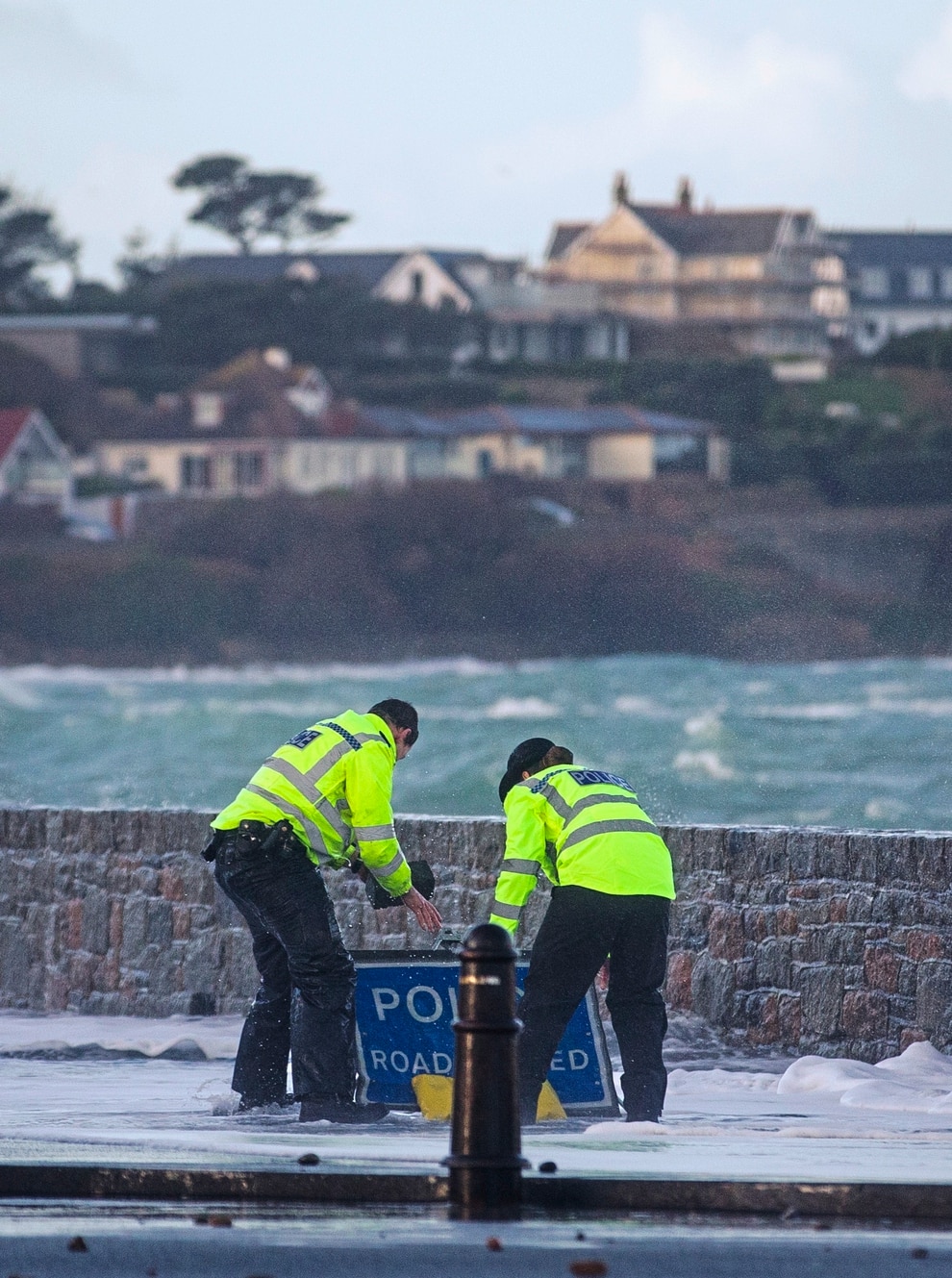 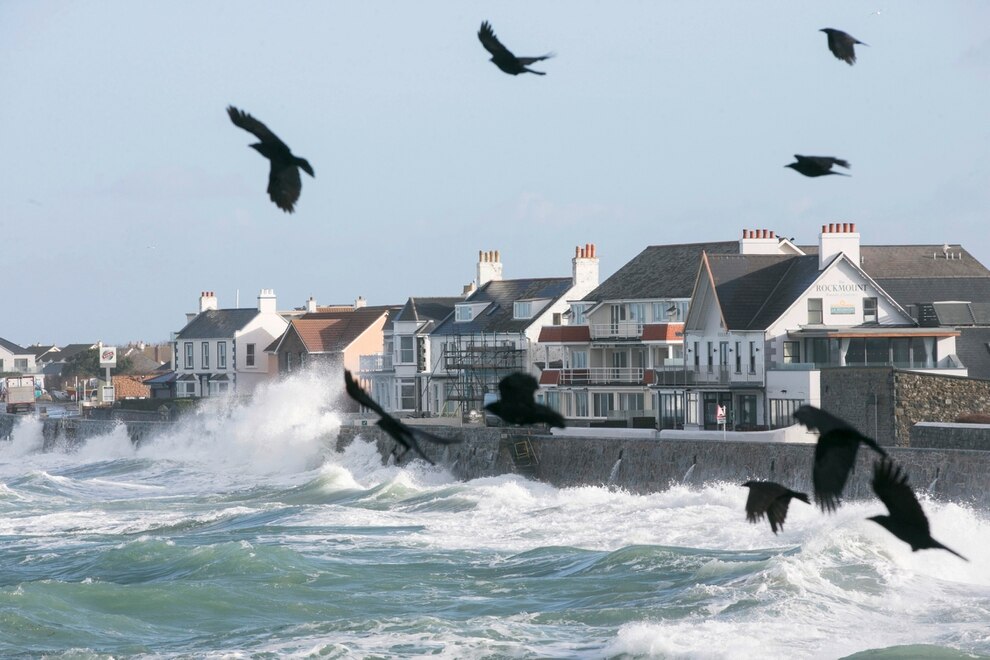 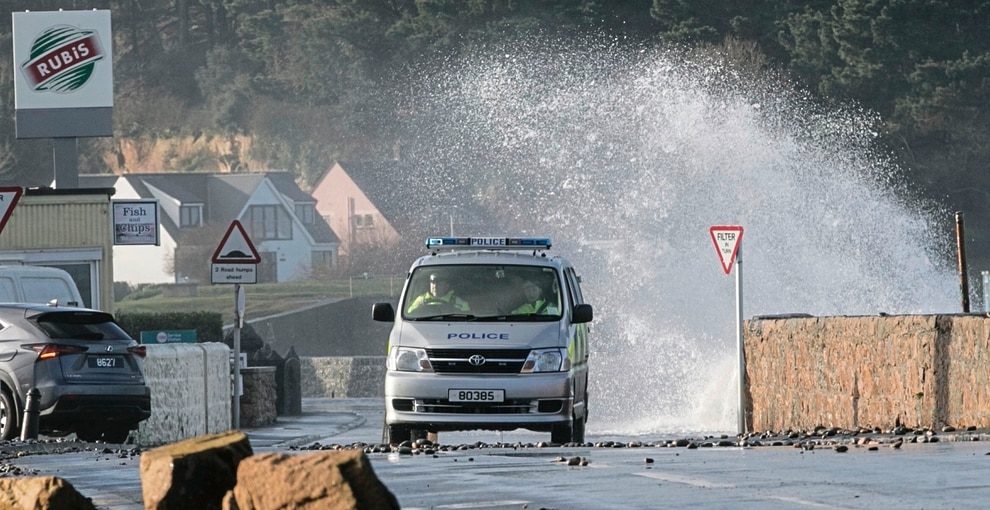 Today’s high tides of 9.7m at 9.25am and 9.2m at 9.50pm, combined with gale force seven to eight winds, occasionally a force nine, mean there is a potential for flooding across the island.

Meteorologists have said it will be another day of strong winds with showers, heavy and prolonged at times, with a risk of hail and thunder.

Westerly strong force seven to gale force eight winds, with severe gale force nine gusts up to 65mph, will blow across the island, decreasing by the afternoon to strong force six to seven and then further in the evening.

Coastal road closures which have been in place for a couple of days are anticipated to last until Friday, including Cobo and Perelle.

La Route de Sausmarez in St Martin’s was due to reopen last night after a fallen tree had blocked it.

A considerable amount of debris and water will be hurled over the sea wall and police have advised people to avoid these areas during this period and travel only where absolutely necessary.

They also say there are plenty of inland roads available to travel on and to take extra time for the journey, without the risk of taking the coast roads.

Commodore Goodwill, the freight boat, was due to arrive this morning, seven hours later than scheduled at 10am, before leaving for its return to Portsmouth at 11.30am.

This follows a missing rotation without the service that led to reduced levels of fresh produce in the islands’ supermarkets.

A Waitrose & Partners spokesman said it had received a delivery of fresh food.

‘We are working hard to return stock levels to normal after receiving a delivery of fresh goods on Tuesday, which had been impacted by the adverse weather conditions affecting deliveries to the island,’ the spokesman said.

‘We have good availability on all other goods and are grateful to our customers for their understanding.’

After three days, Channel Chieftain V brought the national newspapers from Jersey to Guernsey yesterday, with today’s delivery set to arrive on time at 6am.

In an online post, the airline said it had been advised that wind speeds may exceed the safe operating limits for the Dornier aircraft at times.

More bad weather is predicted for this weekend, with forecasters warning that the island could be affected by gale force winds as Storm Dennis hits the UK.