ENGINEERS have been fixing the Vazon slipway after it suffered further damage in the recent storms. 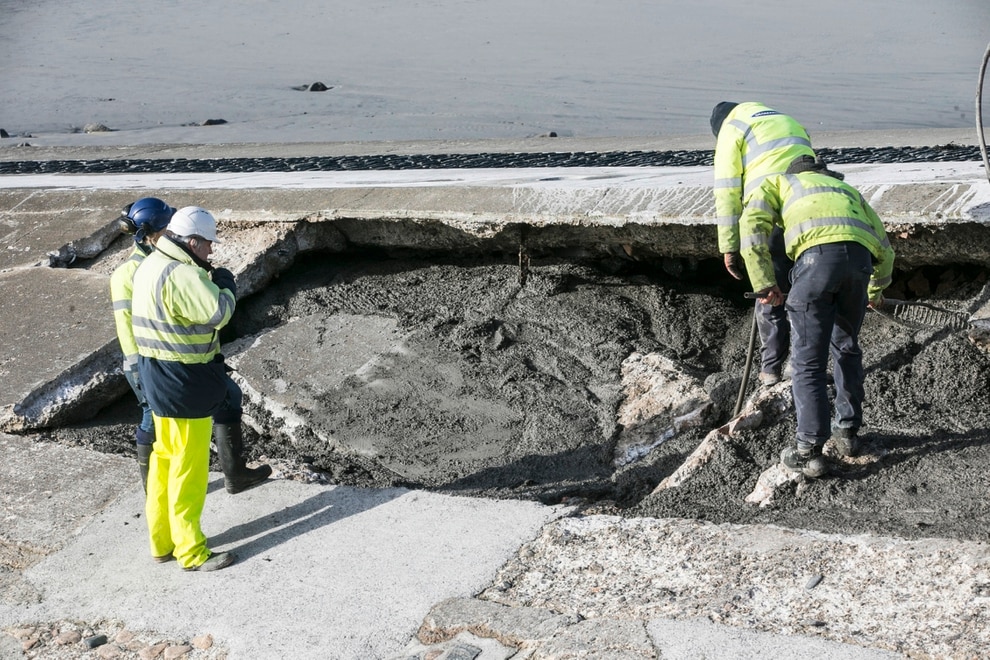 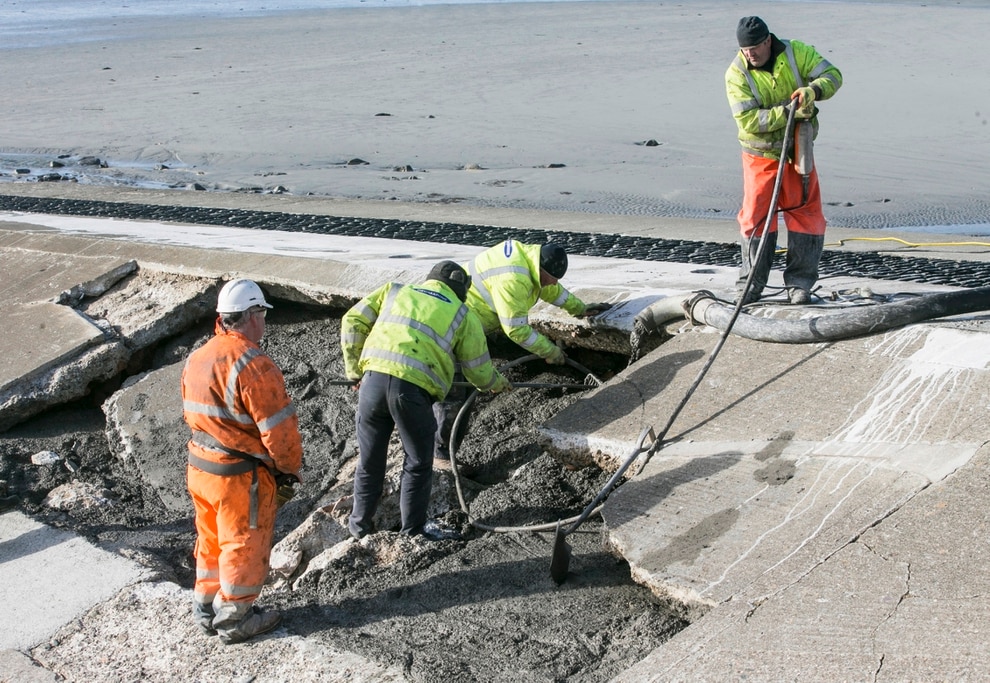 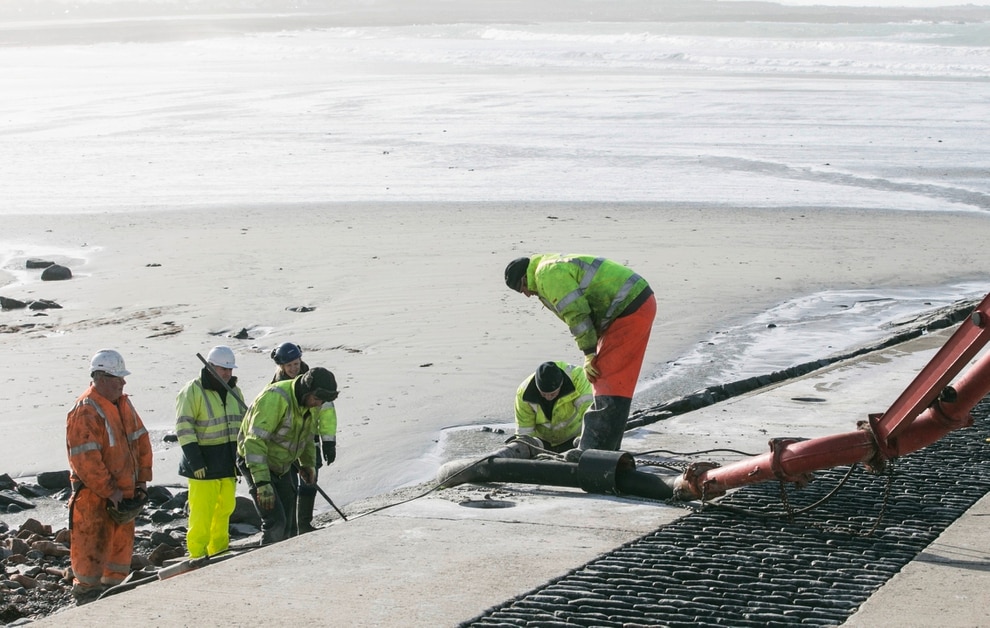 The slipway had been damaged earlier in the winter when part of the concrete structure, close to Vistas, had come away, leaving the sea to wash out the fill material and create a void underneath.

Engineers had been asked to inspect it and found in the aftermath of Storm Ciara more of the structure had gone.

An Agriculture, Countryside and Land Management Services spokesperson said the main Vazon slipway had suffered more damage to it on Wednesday with a 4m x 1.5m section of the concrete haunch broken away.

‘Engineers from Property Services assessed the damage again after the tide had dropped yesterday morning,’ the spokesperson said.

‘Reinforced concrete has been pumped into the void to stabilise the slipway.’

Construction companies Ronez, Geomarine and UCF were all on site yesterday to ease the problem in the meantime.

Ronez general manager Steve Roussel said the work was being conducted by Geomarine, while they were providing the concrete.

‘It was a huge hole which has had to have holes drilled on either side to allow access to underneath,’ he said.

‘We should be able to get enough concrete into it to stabilise the issue, but time is tight with the tide.

‘Plus more permanent work will need to be done in the future too.’

ACLMS have said the slipway will be regularly monitored and reviewed again after the weekend when further storms are forecast.