NEARLY all Guernsey people believe that human activity is having an impact on the world’s climate, according to figures released by Island Global Research. 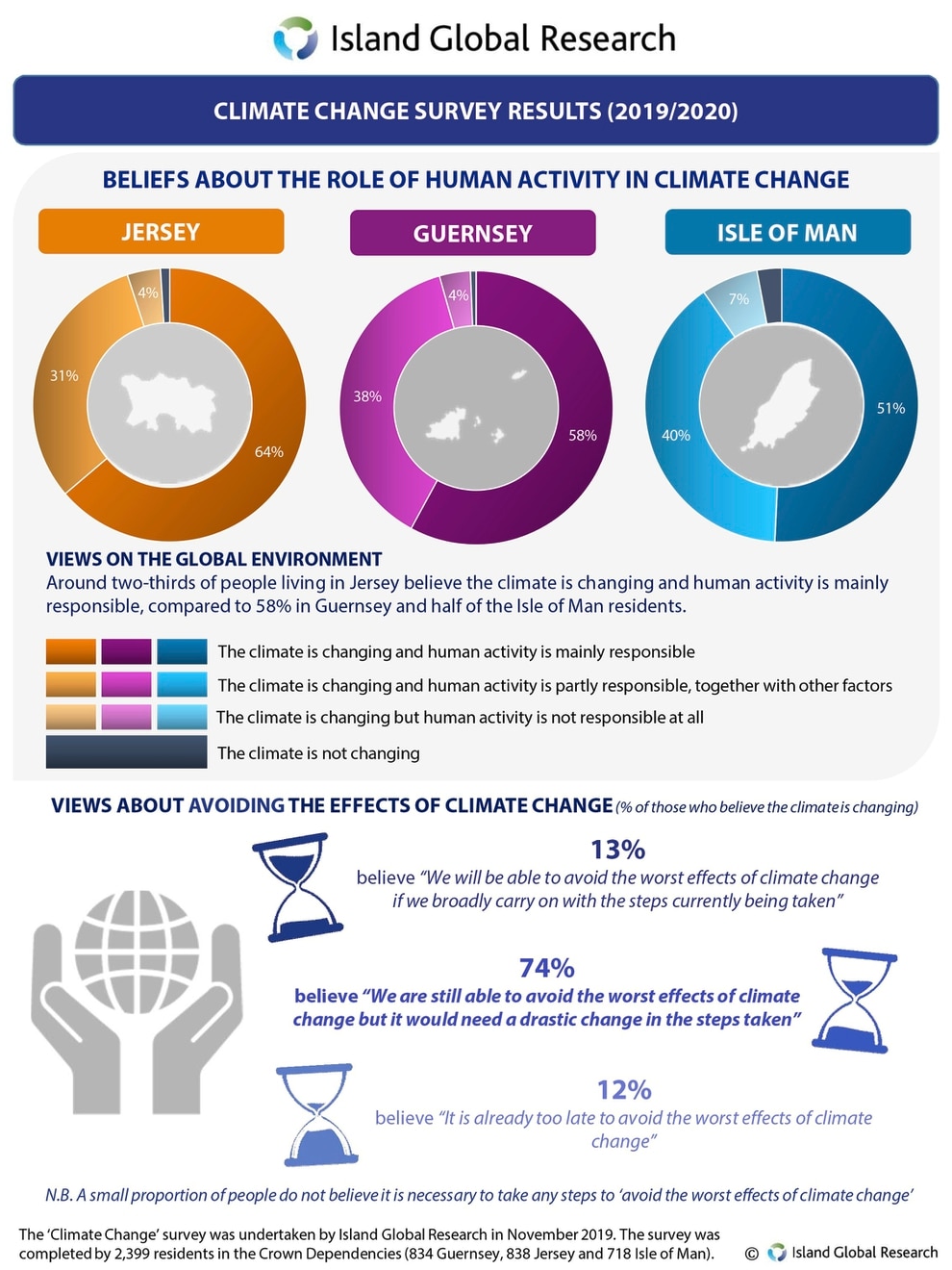 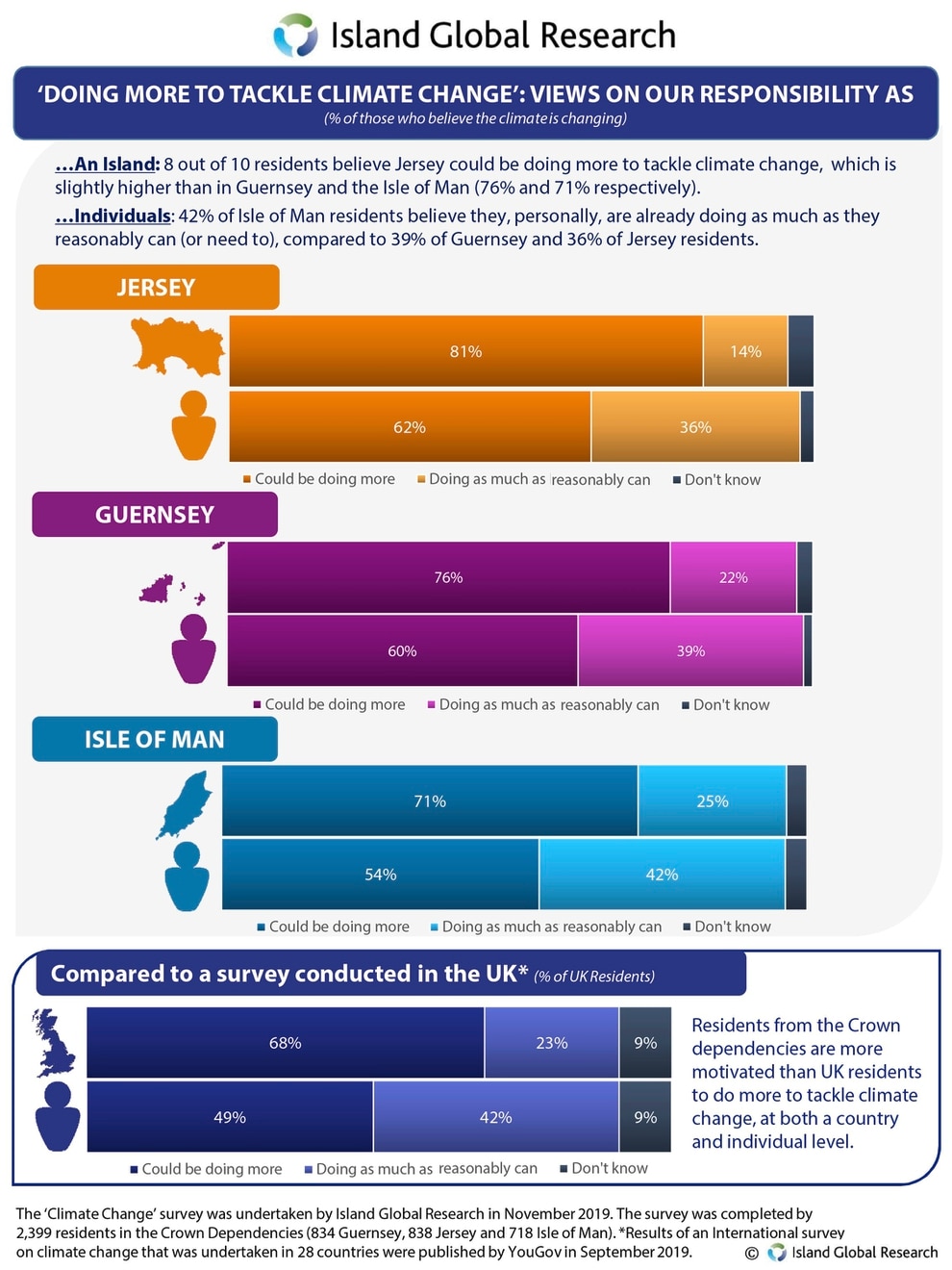 And three quarters of islanders believe the government could be doing more to tackle the issue.

Jersey saw 64% blaming humans, and 31% partially blaming them, while the Isle of Man had 51% and 40% respectively. In the UK 51% said human activity is mainly responsible and 37% partially responsible.

The Isle of Man had the largest number of climate change deniers, with 2% believing the climate is not changing and 7% saying that any changes were not caused by human activity.

When it came to how much the government and individuals could do to deal with climate change, four out of 10 islanders said they were doing as much as they reasonably could.

Islanders have been using a variety of ways to do their bit to tackle climate change. This includes reducing, reusing and upcycling their goods, trying to use the car less and plan their journeys to reduce fuel usage, turning the heating down and reducing their consumption of meat and dairy.