A FESTIVAL fundraiser showcasing some of the best local musicians returned to St James on Saturday. 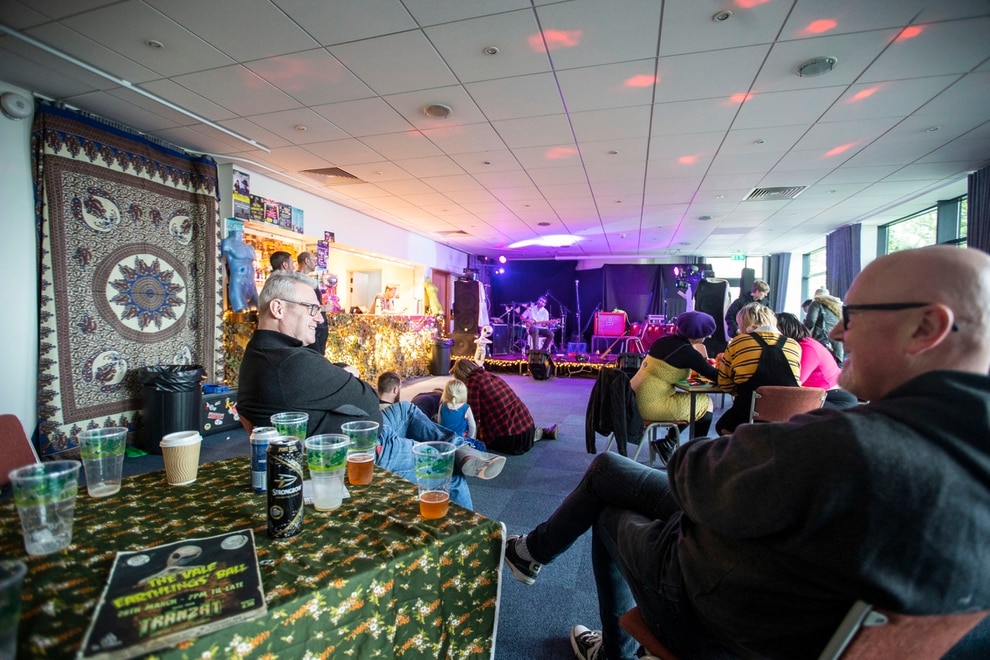 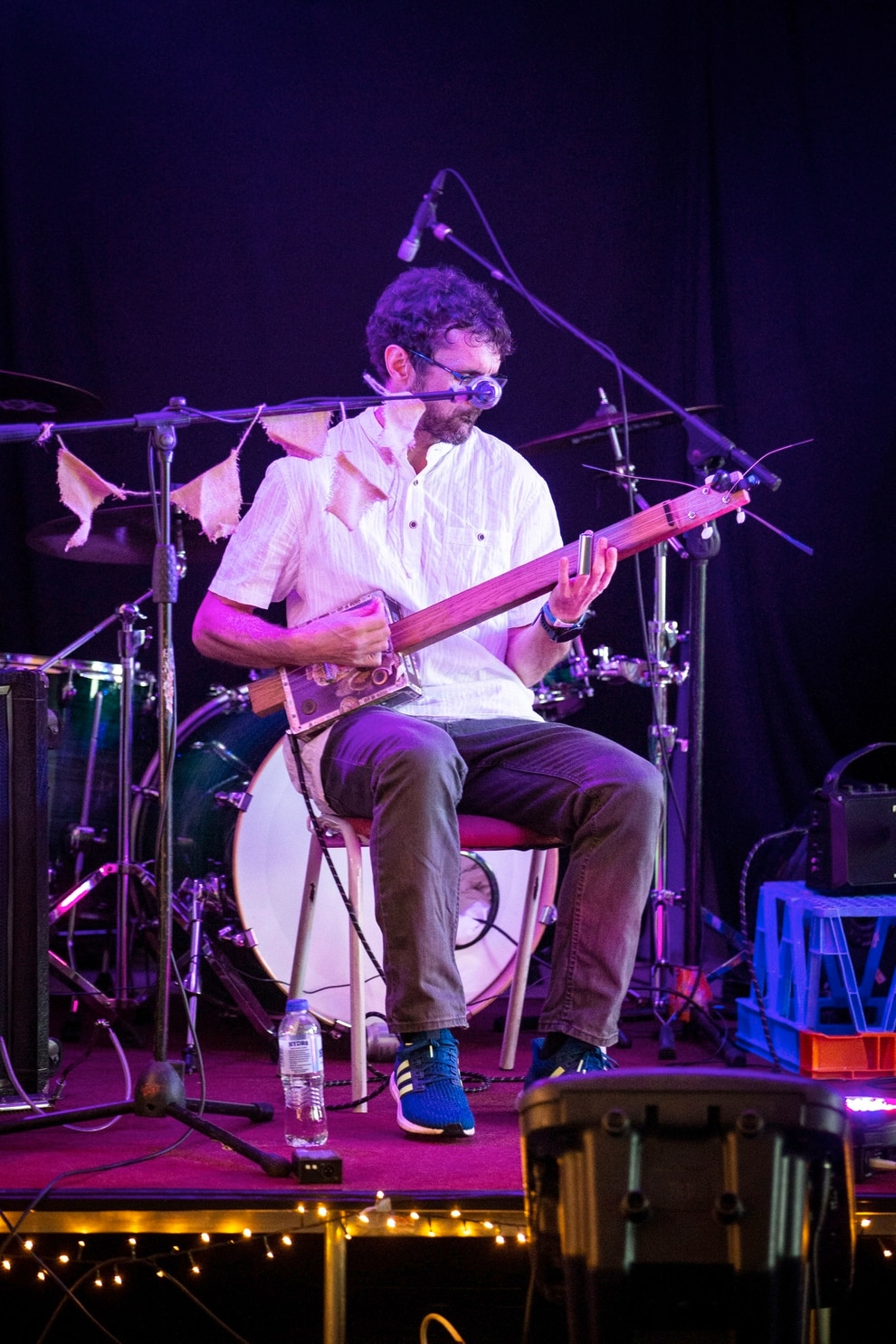 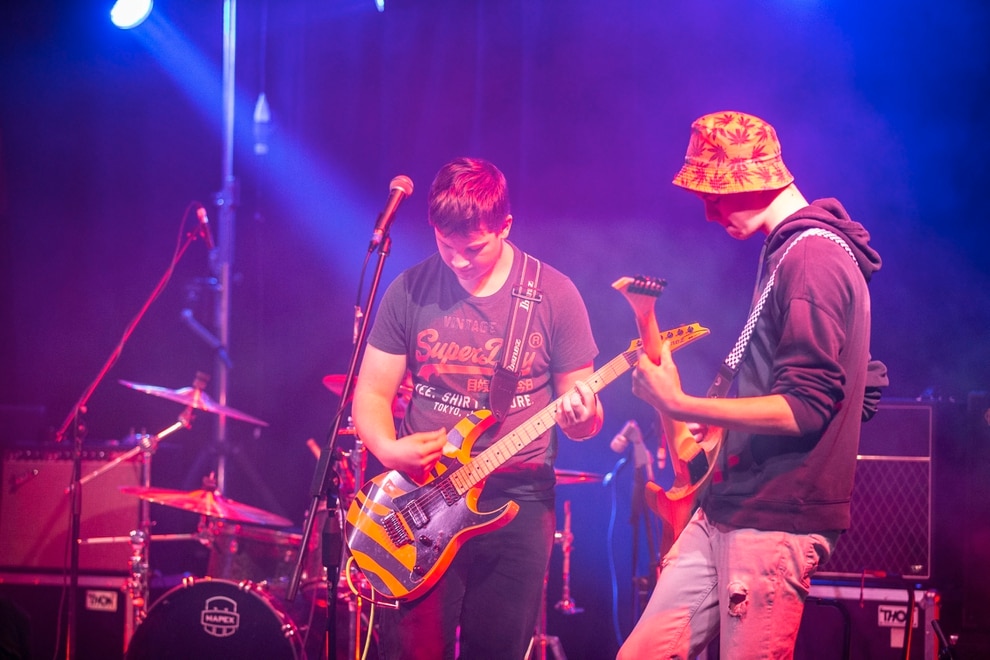 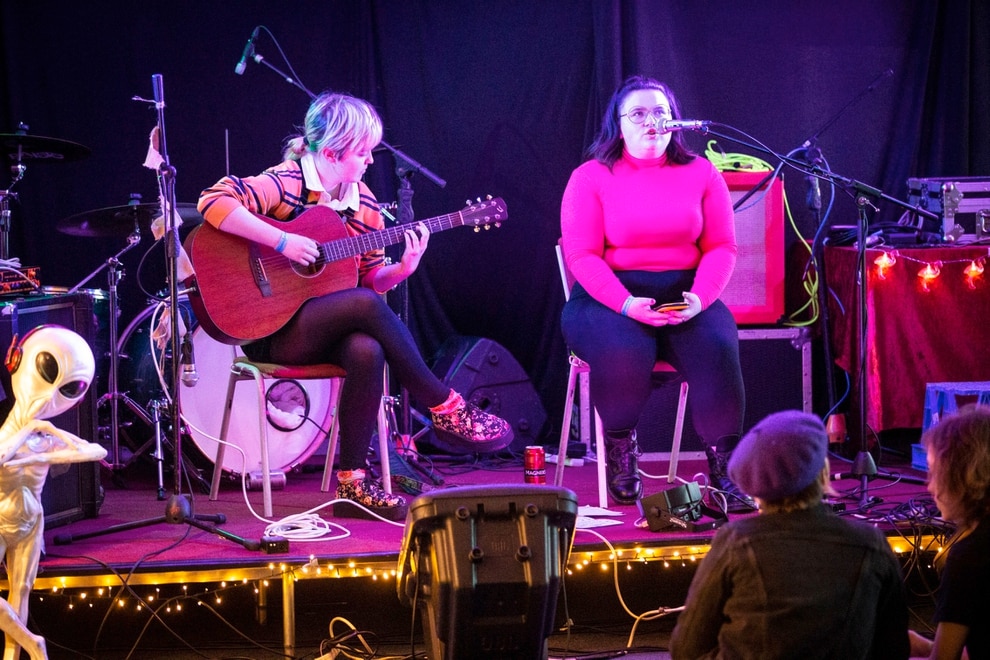 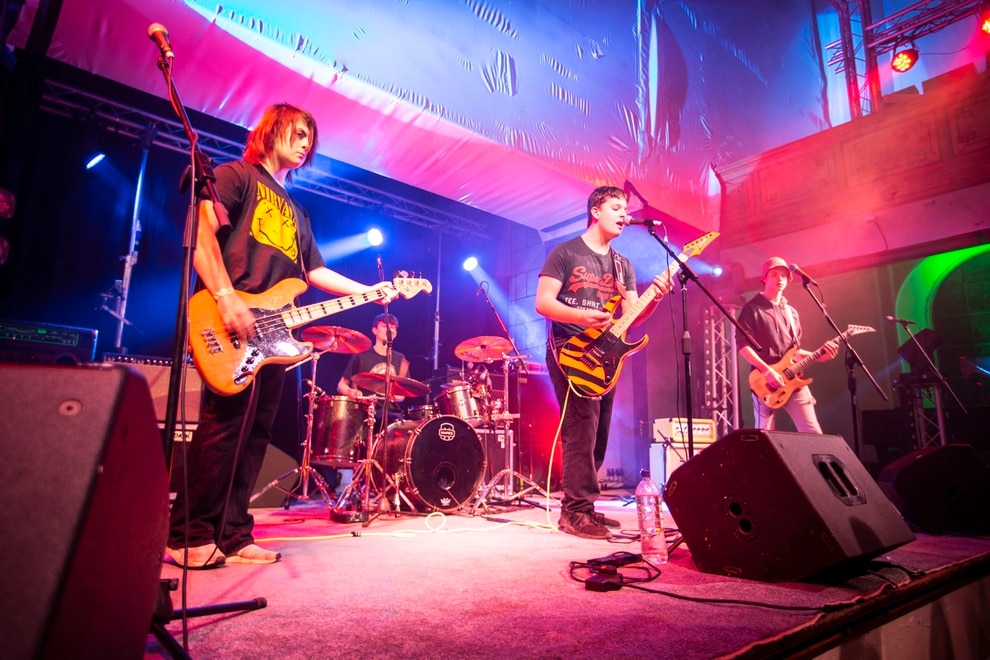 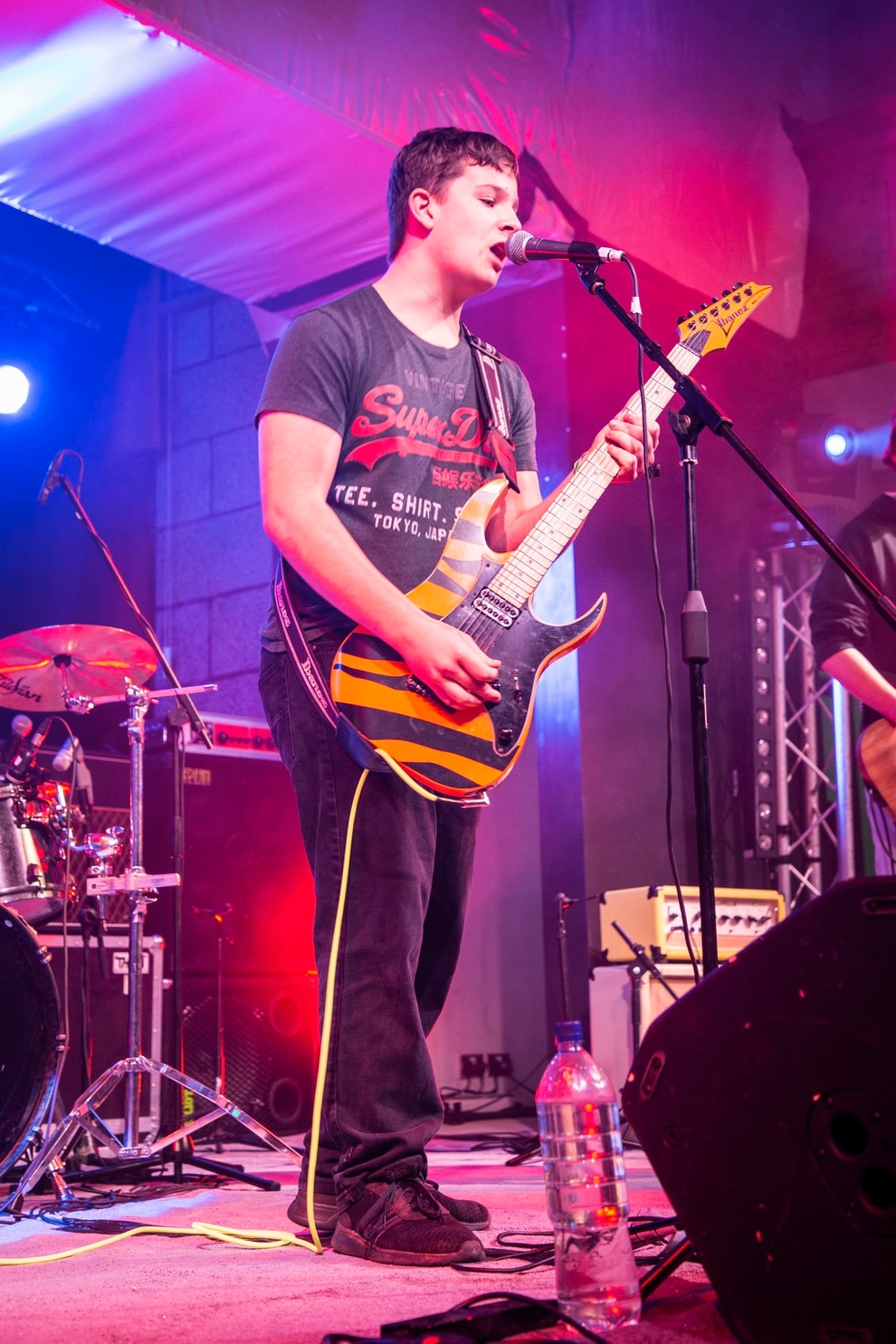 Running from midday until midnight, more than 50 musicians performed across three stages during Sound at St James as 2020 saw the return of the event at the venue since its inception in 2018.

Headlined by The Electric Shakes and The Recks on the main stage, the day featured many of the louder local acts, while the two other stages, Vale Earth Fair Stage and Acoustic Cafe, saw a variety of acoustic acts, spoken word and even the Guernsey Press’s very own Ramblin’ Nick Mann alongside an alien.

Jenny Murphy who came with her husband and two young children said they were having a great time.

‘We’ve been here since 2pm and came initially to see a friend’s son, Soren, perform,’ she said.

‘He was great. It was really brave of him as he’s only seven years old.

‘My daughter, who’s three years old, has been dancing all day. It’s such a great atmosphere.’

Many of the musicians’ families came to watch their loved ones perform.

Anne Le Sauvage, along with several other family members, came to watch her 13-year-old grandson, Harry Hutchins, perform in two bands on the main stage.

She said she was very proud.

‘He loves playing,’ she said of the End of an Era and Sonic Bomb singer.

‘We’ve brought the whole family along, even his grandfather, who wouldn’t usually come to events like this.

Old and new performers took to the stages throughout the day to the appreciation of large crowds, something that was not lost on them.

Singer-songwriter Kiya Ashton, who draws inspiration from folk and rock culture, said it had been a great crowd.

‘It went really well,’ she said.

‘I made an error and made a big deal about it, but it was a new song and it’s an intimate gig, so I don’t think people minded too much – such a great crowd, great people and great mates.

‘Towards the end I could see a line forming outside the door. I really appreciate that people have come to see us perform.

‘I’m going to stay and watch some of the other musicians play now.’

Sound at St James is the annual fundraiser for charity Sound Guernsey and the money raised will allow Sound to continue to offer free access to regular live music nights for under-18s, mentor sessions and give grants to young local artists and bands.

The Sound Guernsey charity started out in November 2015 with the idea of providing young people aged 11-17 the opportunity to enjoy and play live music in a safe environment.

Thanks was given to St James Concert and Assembly Hall and the Guernsey Arts Commission for their continued support.

This is what a police state looks like – former judge