CASH-STRAPPED Guernsey Airport wants to demolish a house near the entrance to create up to 50 more parking spaces and make more money from travellers. 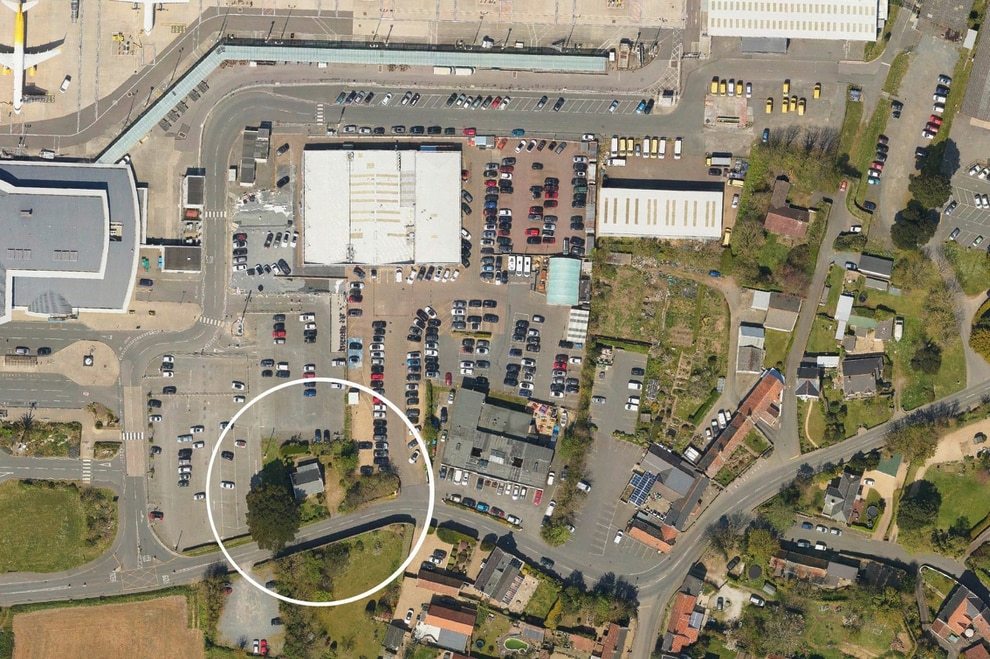 This Digimap image shows the proximity of La Heche to the airport's overflow car park. 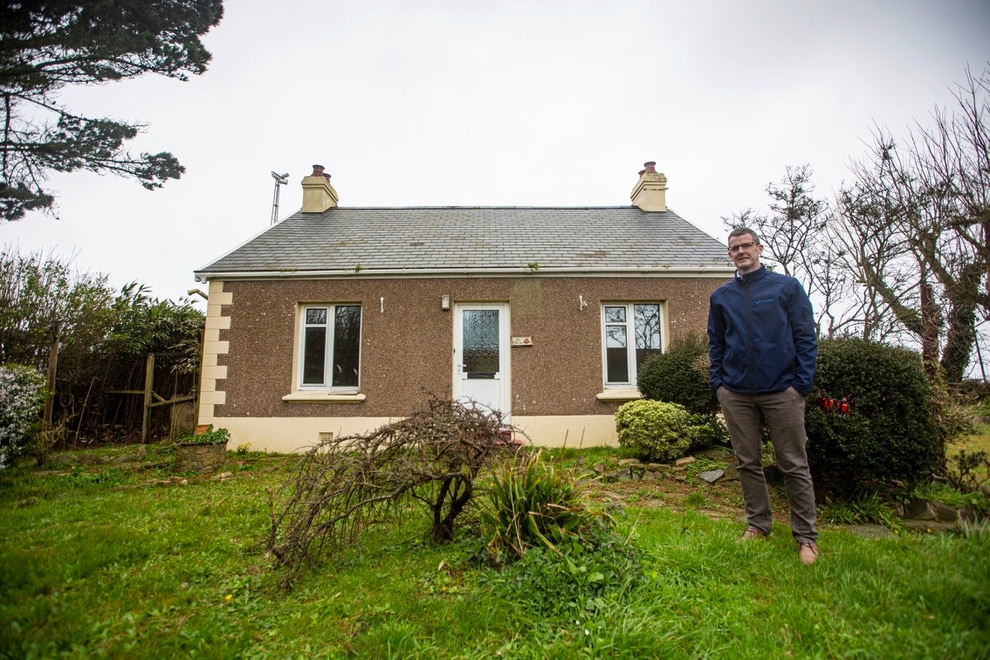 James Underwood, the airport’s deputy commercial manager, in front of La Heche, which it wants to knock down to provide extra parking to raise more money. (Picture by Peter Frankland, 27263981)

The planning application submitted by Guernsey Ports is to demolish the La Heche, with the intention of extending and altering the overflow car park, so the airport could become more viable.

The property, near the Happy Landings, is owned by the States and managed by Employment & Social Security as social housing stock. But it has been empty since January 2014.

Guernsey Ports said it believed the site to have a greater strategic value to the viability of the airport.

Guernsey Ports general manager Colin Le Ray said the airport did not operate at a profit, but it was looking at options to bring in more money.

‘We need to push for more passengers to use the airport,’ he said.

‘We haven’t raised the airport charges for two years and this has meant that the money we make has had to come from other areas, such as the cafe, the shop and the car park.

‘The airport has operated at a loss for a number of years though, so our task is to increase the revenue we can get from other areas, including parking.’

He added it was important to look into making the airport more profitable.

‘Around 30% of revenue at the moment comes from the cafe, duty-free and car parking but we wish to raise this to 35% with the extension of the car park,’ Mr Le Ray said.

‘Last year we made £600,000 from the car park and we want this to increase. We want people to eat more, buy more and park more.’

Each parking space is estimated to be worth around £1,900 per annum and the additional area that would be gained has the potential to allow an extra 30 to 50 spaces.

Plans indicate that knocking it down would be an efficient use of a redundant building that would otherwise require substantial renovation. It is also classed as too small to redevelop.

‘Given the current space constraints within the site, it may be a better use of the land overall,’ the plan states.

‘The airport is a significant economic enabler used by an average of 845,000 passengers a year.

‘Although it is well served by taxis and buses, car park capacity is critical for many travellers and businesses.’

In the application, Guernsey Airport said it would expect to pay a fair market rate for the property.

This project will cost the airport a significant amount therefore planning permission has been sought prior to tendering the works.