A HOMEOWNER who changed windows and doors in a protected building without permission was fined a total of £10,000 when he appeared in the Magistrate’s Court.

Dean Patterson, 52, of Le Val Farm, Route des Blicqs, St Andrew’s, had denied the offence along with another of failing to take the measures required by a compliance notice – namely to install new doors and windows to replicate the originals.

The court was told how the work had been carried out on a barn at Mr Patterson’s property in 2013 and 2014.

Planning permission was granted in 2015 but what had been installed did not comply with it.

Planning enforcement officer David Perrio told the court how he had visited the property on several occasions.

The windows and doors that had been fitted were a different type and style to what had been approved in 2015 and were too heavy and chunky.

Mr Patterson argued that the bulkier window units were needed in order to house the double-glazed units.

On 19 April 2017, Mr Patterson was given until 29 December 2018 to change the doors and windows to what had been approved.

He appealed the compliance notice through the proper channels but this was dismissed in July 2017.

Mr Patterson told the hearing that his relationship with the planning department’s then heritage officer had broken down and he had written to director of planning services Jim Rowles about this in 2015.

Judge Graeme McKerrell said these were criminal proceedings and he was not sitting on a planning appeal.

If people were unhappy with decisions of the planning authority they could challenge them through the proper channels, which he understood that Mr Patterson had already done.

The 2015 permission was not retrospective because the work had already been done.

Mr Perrio had said that the doors and windows were not the same as those on the approved plan.

‘In my view Mr Perrio could have given more detailed evidence about this but the generality of what he was saying can be seen [by comparing photographs taken and plans],’ he said.

Windows on the plans, for instance, did not have the cross struts that could be seen on the photographs and were divided horizontally. The doors, in particular, matched those on plans that were submitted in 2014 but which were refused.

Whether it was too late or too expensive, Mr Patterson maintained that he should be allowed to keep what was there.

Judge McKerrell said he accepted that the defendant had not been on top of the situation when the 2015 planning application was made but he was fully aware of what was being submitted on his behalf. This was only mitigation and not a defence.

Mr Patterson believed the planners had not treated him fairly or consistently compared with people who had similar properties but Judge McKerrell said he was not a planning appeal court. It seemed he had not carried out the measures required in the compliance notice because he thought it was unfair for him to have to do so.

He found him guilty of both offences. Mr Patterson was fine £3,500 for carrying out development without permission and £6,500 for his failure to act on the compliance notice. 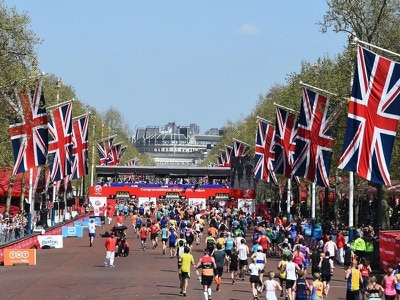